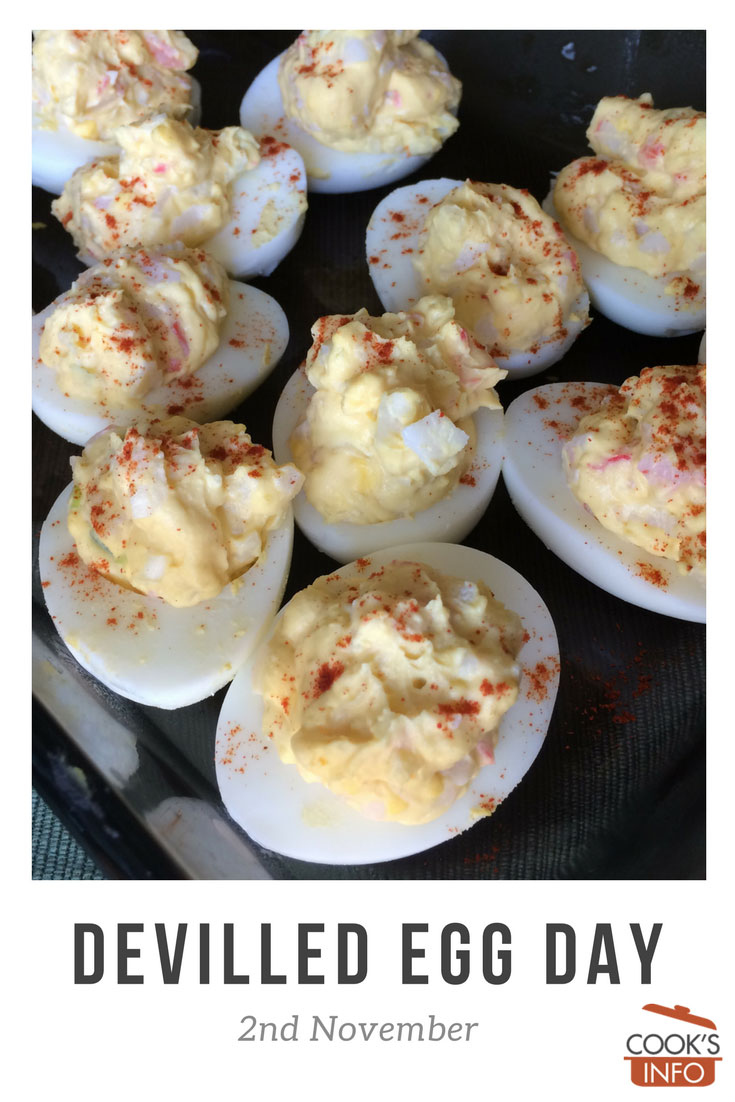 With the distraction of Hallowe’en at the end of October, it’s easy to overlook how quickly the truly big day creeps up on you: that’s right, Devilled Egg Day, on the 2nd of November each year.

Don’t feel badly; it catches so many people unprepared for it.

Time was, devilled eggs were everybody’s favourite food. Not so much work that making a batch would throw your whole week off, not too fancy as to be show-offy, but just fancy enough that they looked special on a bed of lettuce greens with some sprinkles of paprika.

And then, they just slowly got forgotten by foodies, overshadowed by more trendy foods. But put out a platter of devilled eggs at a party, and just watch people hoover them up.

Hasn’t it been too long since you’ve had a devilled egg? Why not treat yourself today? And while you’re at it, CooksInfo can answer your questions such as how did they get their name, how long have we been making them, and how on earth do you boil the eggs so that they don’t come out blackened or pock-marked?

While you’re nibbling on your eggs, raise a toast today to North and South Dakota. On this day in 1889, both states joined the American union.

The earliest print mention we’ve been able to find of a Devilled Egg Day happening in November occurred in August, 2000, in Edmonton, Alberta:

A subsequent mention appeared in Indiana in February 2001: