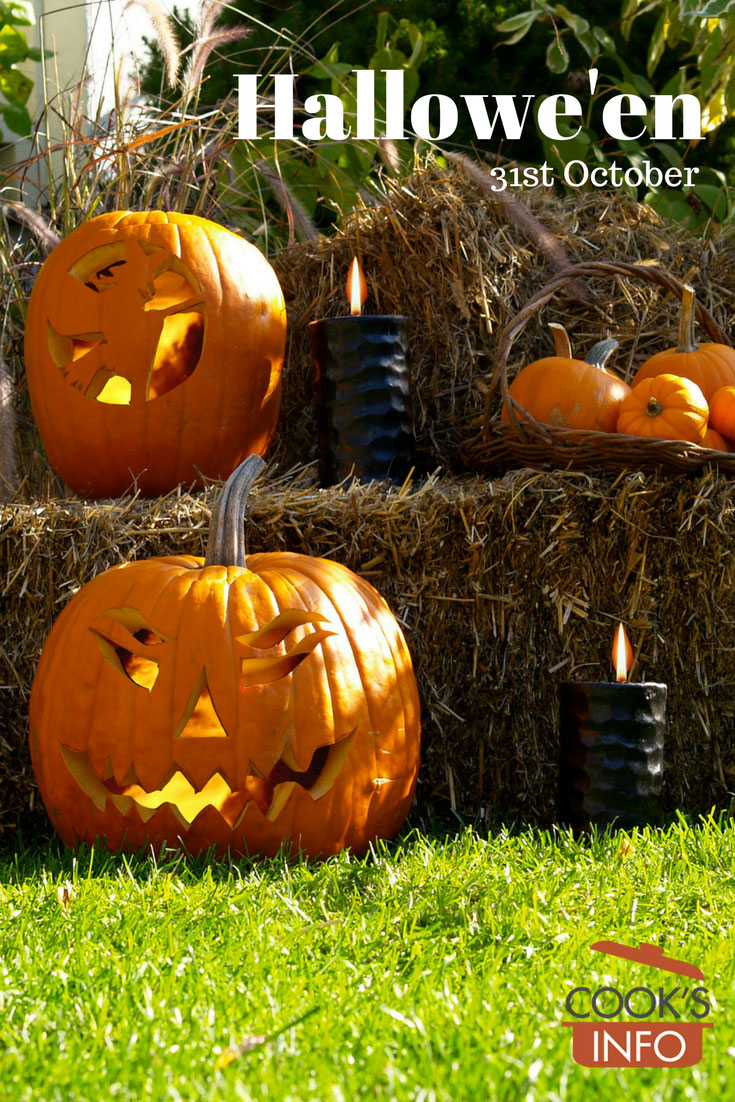 The 31st of October is Hallowe’en, the day when the veil between this world and other worlds is thought to be thin.

Oblivious to this, children dress in costumes and go door to door for candy.

People decorate the outside of their homes with decorations that can be homemade but which increasingly are purchased. The decorations are often augmented by sound effects and fog machines.

By their early teens, children usually give up trick-or-treating — though Hallowe’en parties are now very big with adults. And costumes are no longer just spooky ones: they might be popular characters from popular culture. Tricks are being de-emphasized now as they got out of hand.

Hallowe’en is celebrated the most in North America. It’s celebrated here and there in the UK, Ireland and in Australia and New Zealand. Many scrooges in these places think it’s all nonsense. In Ireland, it takes place during a school break called “Hallowe’en Break.” It’s not all that popular in the south of England, where it is overshadowed by Guy Fawke’s Day on the 5th of November. It is more popular in the north and in Scotland. The south of England, though, is starting in some places to celebrate it in a North American fashion.

In Ireland, this was traditionally a meatless day. A hearty dish such as colcannon would be made, with prizes hid in it, as well as barm brack.

Hallowe’en has its origins in Samhain. On the day of the dead, the Celts would wear masks to scare off the bad spirits, and leave out food to attract the good ones. In the old days, carved turnips were used at this time of year, put on doorsteps to scare away bad spirits. But people moving to the New World, who had access to pumpkins, quickly switched to them as they were easier to carve, and showier.

In Scotland at Hogmanay (New Year), groups of children used to go door to door reciting poems in exchange for goodies. The trick or treat tradition developed in America. The “trick or treat” greeting emerged in America in the 1920s, and started becoming common in the 1930s.

“I can’t very leave the subject of Scottish parties without mentioning Halloween. When I was in my teens, the games we played were more important than the fare. We used to sit cross-legged on the floor round black gypsy pots full of fluffy mashed potatoes and sup them with wooden spoons. There were charms embedded in the potatoes. If you came across a sixpence it guaranteed you wealth, if you found a ring you were the first to be married. The button ensured you single bliss, and so on. Then we used to ‘dook’ for apples in a tub of water and play forfeits, fortified by lemonade and cocoa and home-made biscuits. Sometimes we danced to the tinkle of a tinny piano. When I grew older the fare at Halloween parties became more elaborate – sandwiches, lobster and oyster patties, jellies, creams and trifles and claret cup, and dancing, consequences and forfeits passed the evening away.”

From: Past notes: Hallowe’en parties are all the rage. By Graham Stewart. London: The Times. 31 October 2009:

“It was Irish migration that brought to the US a variety of folk myths and merrymaking to October 31. More often it was with talk of fairies and the “good people” rather than sinister demons. Scottish migration, meanwhile, brought Caledonian customs to Canada. Renderings of Robert Burns’s Tam o’ Shanter and Hallowe’en kept the memory of dancing witches fresh in Scottish culture. When the ghoulish element in Hallowe’en supplanted harmless superstitions long associated with the day — games designed to foresee who a maiden might marry and children ducking for apples — is open to debate. By 1900 US college freshmen had turned it into an evening of high jinks, and only by the 1920s were witches’ hats and black cats a standard part of their decoration.”

From the Huntly Express newspaper, 1877: Hallowe’en at Balmoral Castle, Scotland, with Queen Victoria:

Hallowe’en at Balmoral Castle, Scotland, with Queen Victoria in 1877 (Click to enlarge.)

“HALLOWE’EN AT BALMORAL. Hallowe’en is still observed at Crathie, and the night is a favourite with at least the younger portion of the inhabitants, as much, perhaps because it furnishes an occasion of merry-making as from any attachment that is felt for the usages with which in old times the night was observed. The condescending countenance of Royalty, and the celebration with which the occasion has been held at Balmoral Castle, have given the affair a far higher interest and attraction. The actual date was this year anticipated by two days, in order that the Princess of Wales might witness the proceedings. Shortly after dusk on Monday evening great numbers of people from all the surrounding districts, among whom was a goodly number of the gentler sex, began to converge towards Balmoral. The greater number carried torches, those approaching the castle from the east side lighting their torches near the bridge, and those coming from the west lighting theirs at lnvergelder, from which places the parties marched in procession to the front of the Castle. With the latter party, which was headed by two pipers, came the Queen and the Princess of Wales, attended by several ladies-in-waiting, in an open carriage, the Princess Beatrice walking on foot and carrying a torch.

The whole party, which numbered about 200, then walked round the castle, Her Majesty making the circuit on foot, as did also the Princess of Wales and Princess Beatrice, who likewise bore torches. A bonfire, which had been set up in front of the entrance door, was set on fire, and the spectators formed a ring, inside of which a number of the Royal keepers and ghillies set up a dance to the strains of Mr Ross’s bagpipes. The scene, lit up by the ruddy blaze of the bonfire and the flaring light of the torches born aloft by the kilted dancers, was weirdly picturesque. The Queen, the Princess of Wales, and Princess Beatrice remained outside for more than half-an-hour, interested spectators of what was passing, and after entering the castle continued for some time to watch the proceedings from windows overlooking the scene.

An incident was now to happen that excited perhaps more merriment than anything that had preceded it. The effigy of a witch was then cast into the fire. The effigy, in appearance an exceedingly sinister production, was mounted on a car and accompanied by some other beings, ostensibly belonging to the same ill-favoured race, who contrived, however, when the critical moment arrived, to escape the fate of their unlucky sister. The car was preceded by a musical band, and by four sturdy Highlanders, each bearing a stout spruce fir with the branches on. After being several times drawn round the burning pile, the witch was seized and thrown into the dames, to the great amusement of the bystanders, her more fortunate compeers leaping from the car, broke through the crowd and made off. Before the bonfire had been long ablaze, it fell over to one side, and though nobody was in any danger, some fragments fell close to where a cluster of ladies were standing, causing them to start aside, considerably frightened, and the escapade occasioned some diversion.

Squibs and crackers were also thrown among the crowd, which made the unwary a source of mirth to those around. Dancing still went on with spirit, and it was some time before the assembly, which at its largest might be reckoned about 800, melted away. The Duke of Richmond and Gordon, who is at present Minister in Attendance on Her Majesty, remained outside a witness of what was passing most of the time.” — Huntly Express – Saturday 03 November 1877, Page 7, Col. 3.

“Upon that night, when fairies light
On Cassilis Downans dance,
Or owre the lays, in splendid blaze,
On sprightly coursers prance;
Or for Colean the rout is ta’en,
Beneath the moon’s pale beams;
There, up the Cove, to stray an’ rove,
Amang the rocks and streams
To sport that night;

Amang the bonie winding banks,
Where Doon rins , wimplin , clear;
Where Bruce ance rul’d the martial ranks,
An’ shook his Carrick spear;
Some merry, friendly, countra-folks
Together did convene,
To burn their nits, an’ pou their stocks ,
An’ haud their Halloween
Fu’ blythe that night.”

Hallowe’en is a contraction of “Hallow Eve”, as “All Hallow’s Eve” was called in Ireland. 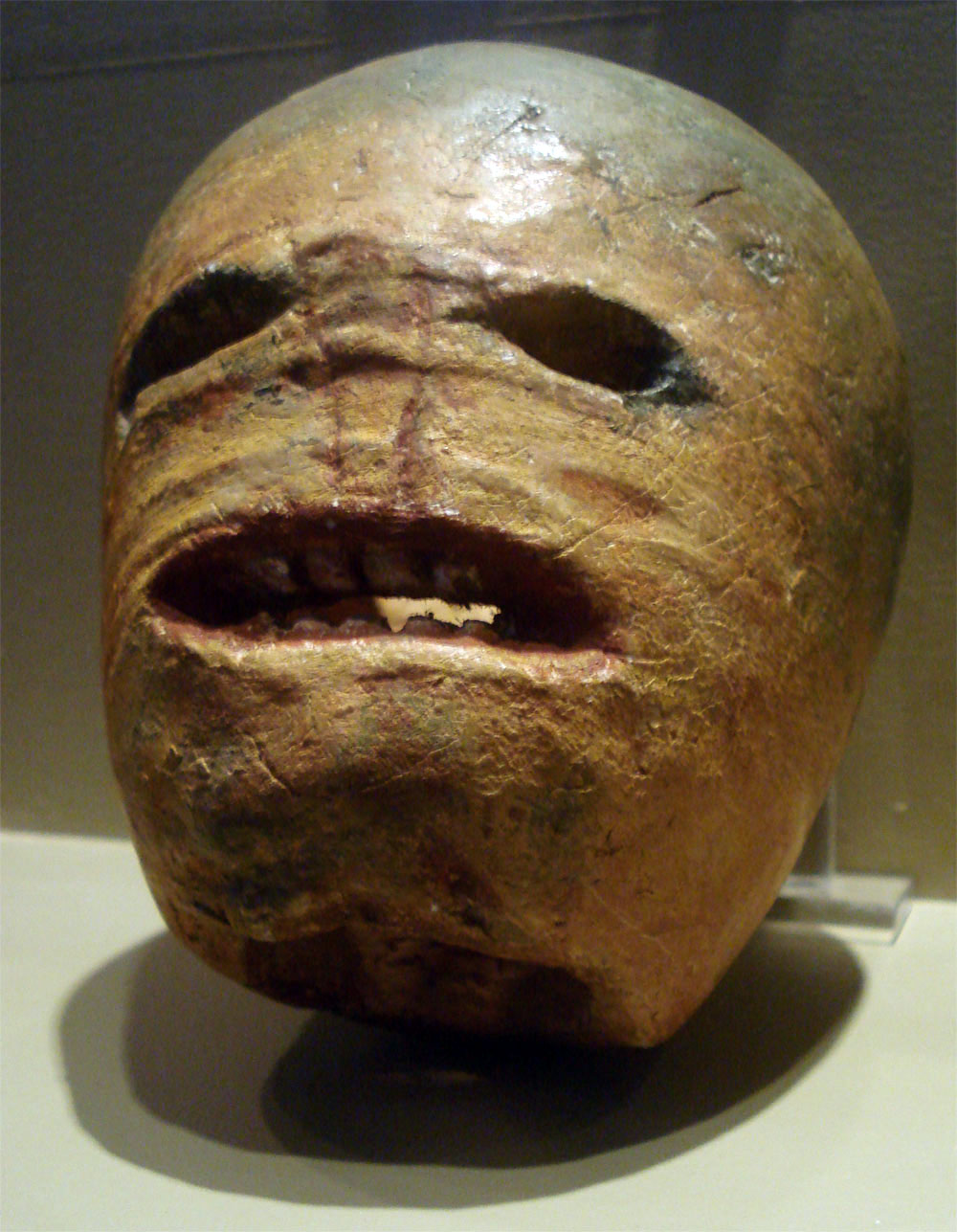