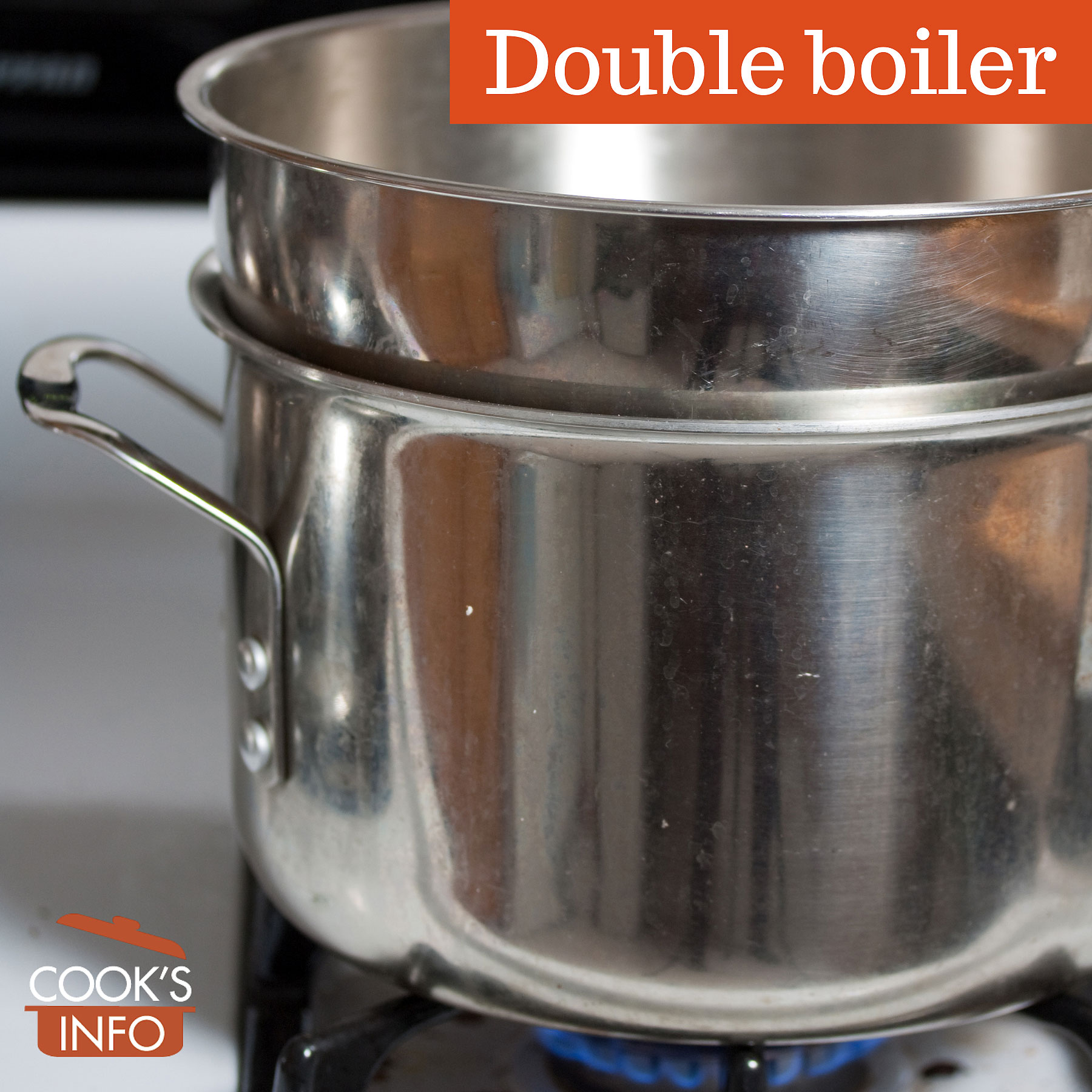 A double boiler is a kitchen tool that works on a principle very similar to that of a water bath (aka “bain-marie“): using water between the source of heat and the item being heated or cooked in order to moderate the level of heat being delivered. The heat delivered to the top pot will not exceed that of the boiling point of the water.

It consists of two saucepans, one over the other. The bottom one is filled with water, and put on to boil. You cook in the top saucepan.

Many pots & pans sets have two saucepans that can either be used in their own right as saucepans, or stacked as a double-boiler. They are designed to stack tightly, so that the top one fits relatively snugly into the bottom one.

Many other pots & pans manufacturers make various sized inserts for their various-sized pots: an insert, like a metal bowl, fits over the top of the saucepan and the bowl goes down into the pot, where the boiling water will be. Older ones made of copper with ceramic or porcelain inserts can be still found. Rufus Estes, in his “Good Things to Eat” (1911), called for one in his Strawberry Syrup recipe:

“Pick over, rinse, drain and remove the hulls from several quarts of ripe berries. Fill a porcelain-lined double boiler with the fruit and set it over the lower boiler half full of boiling water, and let it heat until the juice flows freely.”

Be forewarned: any procedure calling for a double boiler usually also involves you standing and stirring for quite a long time. Some cooks feel that many of the uses of a double boiler such as melting chocolate and making polenta, puddings and custard can now be done with less fuss in the microwave.

Some people swear by scrambled eggs cooked over a double boiler. 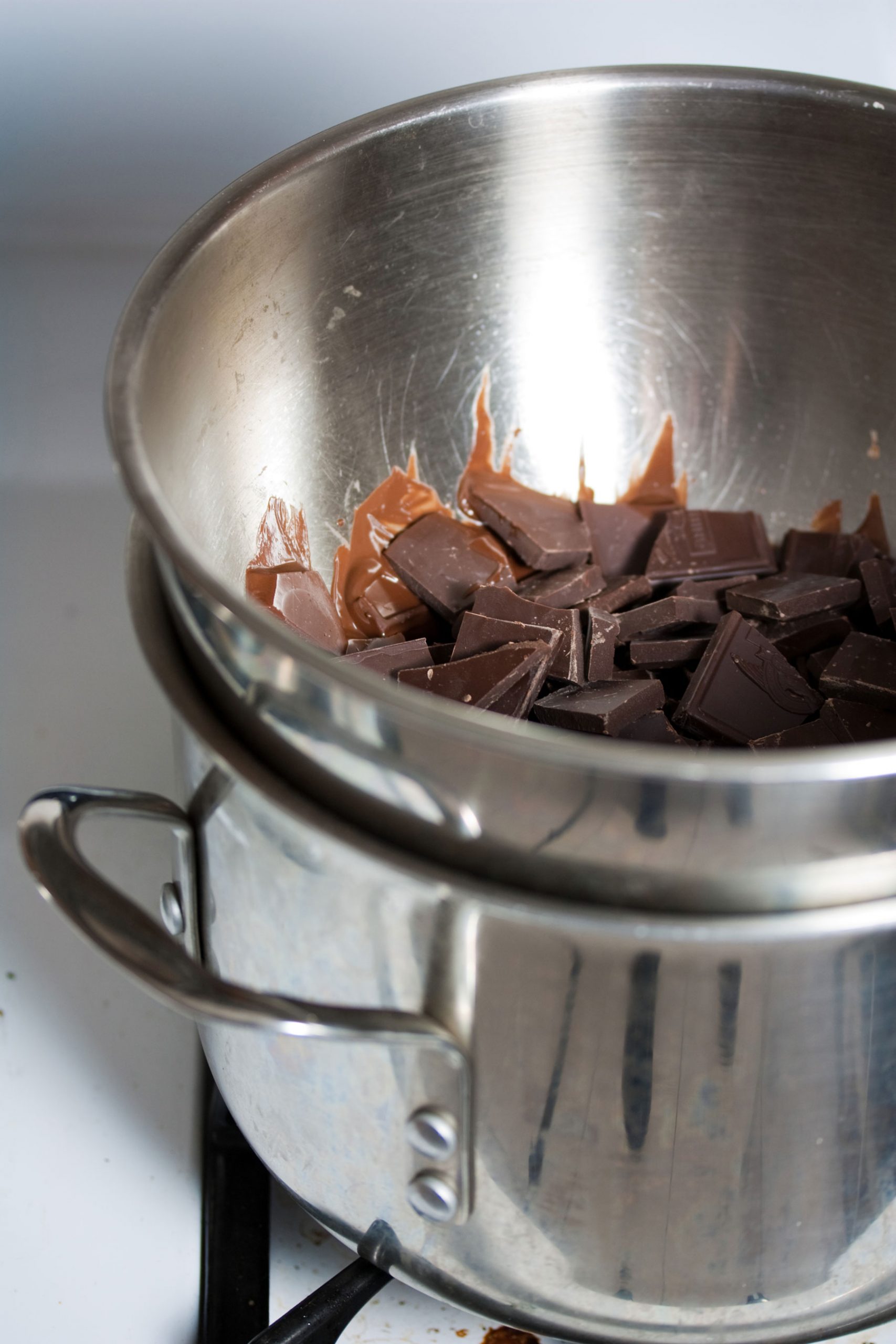 A teaspoon of vinegar in the water in any sort of double boiler can help prevent the water discolouring the pot.

Be careful in improvising. Some advise that you can try a stainless steel bowl or Pyrex vessel over a pot of boiling water. But by floating a Pyrex or metal vessel in a pot of boiling water, you may have steam or boiling water bubbles shooting out in unexpected directions, or if the top pot or vessel fits too snugly, the build-up of steam in the bottom one may cause an explosion. Use oven mitts and watch for steam. 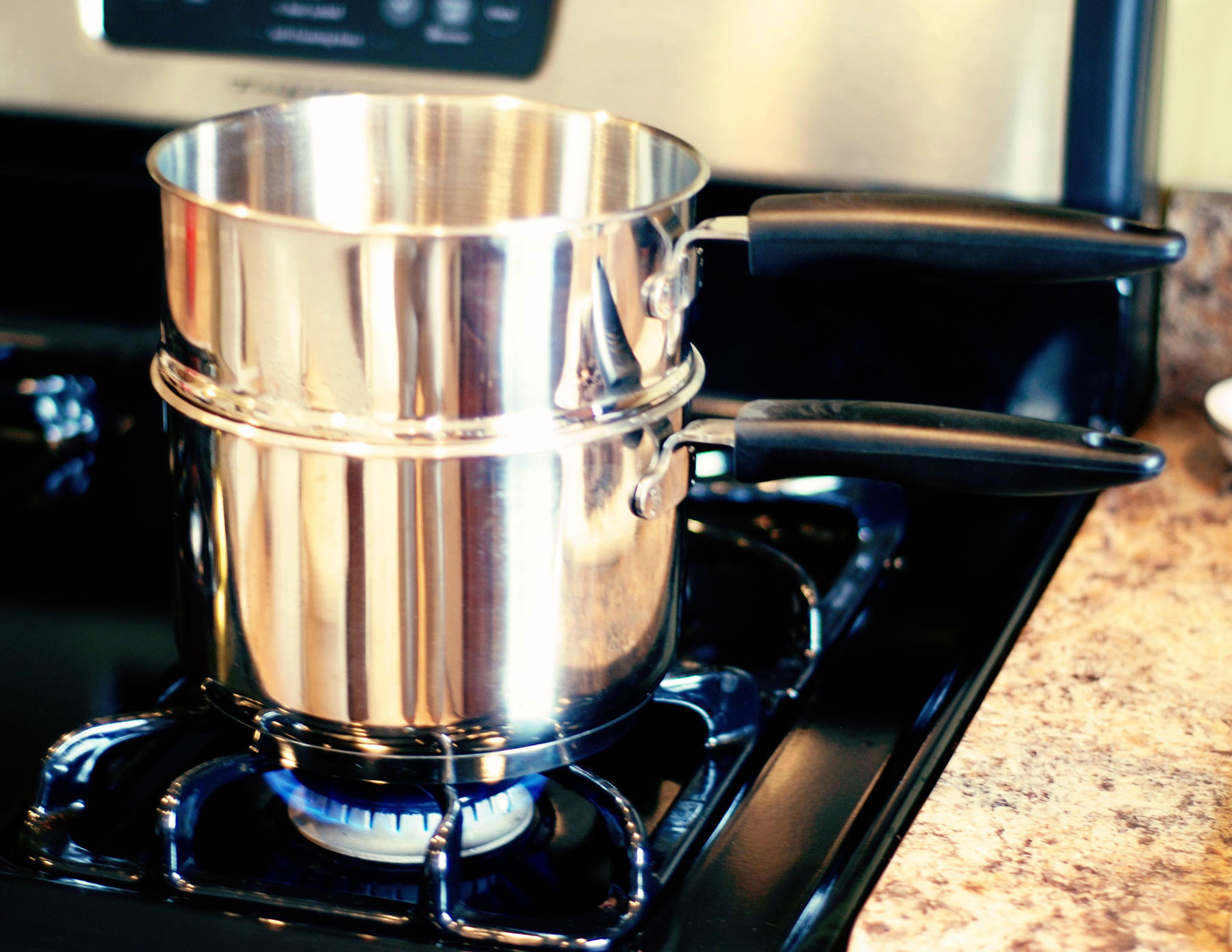 This web site generates income from affiliated links and ads at no cost to you to fund continued research · Information on this site is Copyright © 2022· Feel free to cite correctly, but copying whole pages for your website is content theft and will be DCMA'd.
Tagged With: Pots, Water Bath