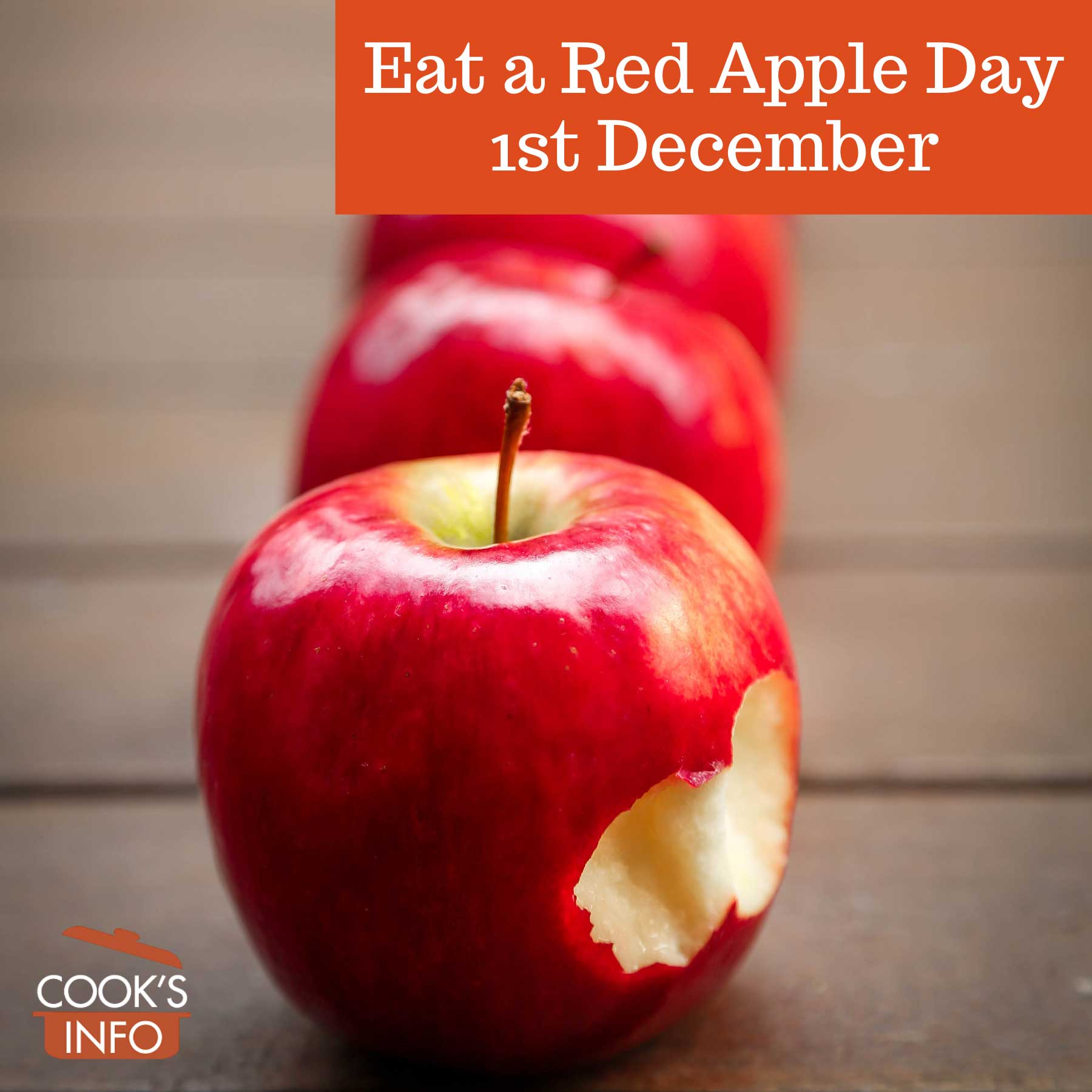 A few of the varieties you will see year round, because they either store well or are brought in from other parts of the world. Other varieties, though, won’t store long even in commercial storage, so time is running out to enjoy one of them this season.

In case you’re tempted to bend the rules a bit and have several red apples — say, in an apple pie — the idea of the day is probably to eat a fresh apple out of hand, because fresh-eating apples tend to store less well than cooking apples.

The earliest print mention of a “Eat a Red Apple Day” in December that CooksInfo is aware of dates from 1998 in Wisconsin:

This web site generates income from affiliated links and ads at no cost to you to fund continued research · Information on this site is Copyright © 2022· Feel free to cite correctly, but copying whole pages for your website is content theft and will be DCMA'd.
Tagged With: Apples