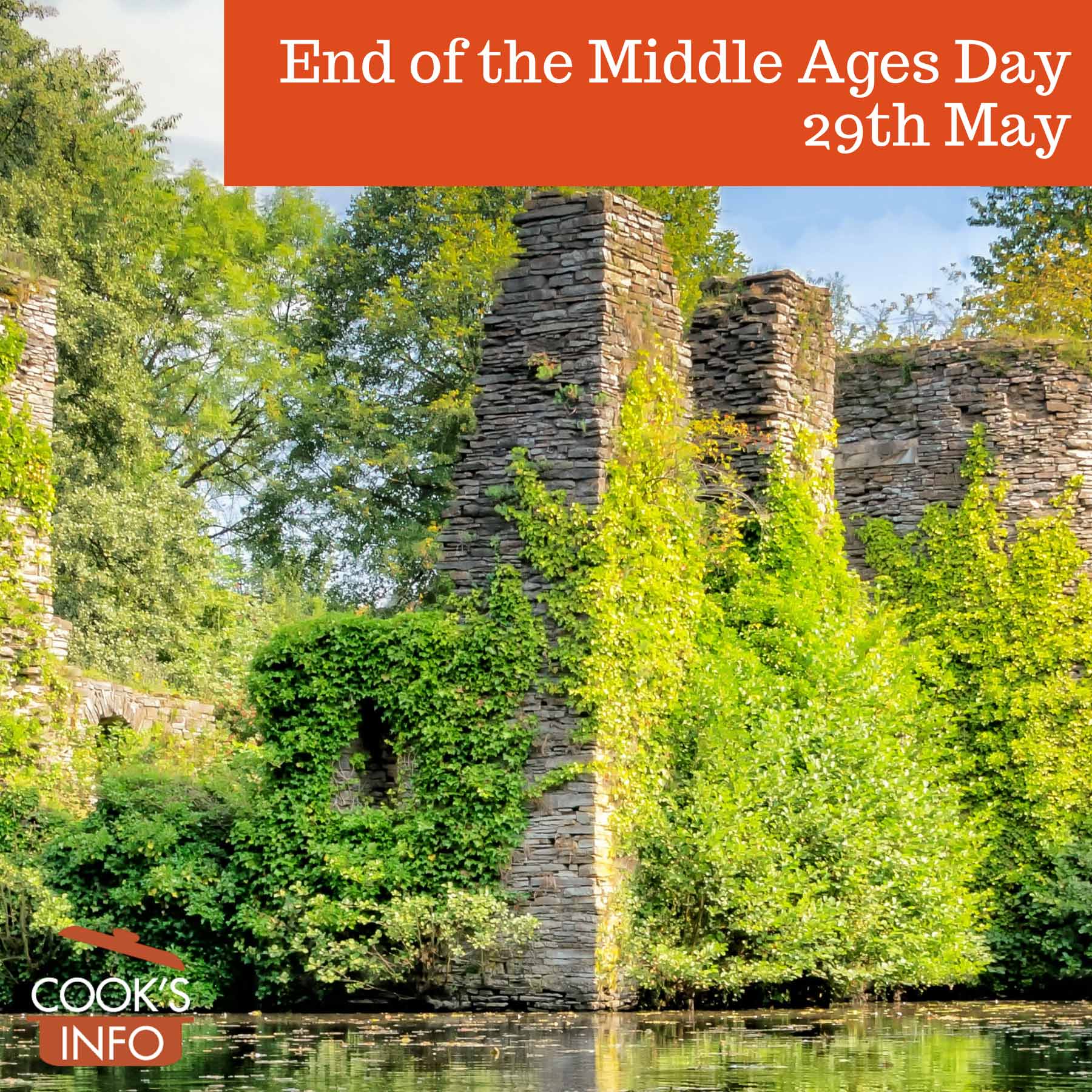 The 29th of May is End of the Middle Ages Day.

The Middle Ages was the period in Europe between the fall of the Western Roman Empire and the Renaissance.

The day marks the day that Constantinople fell to the Ottomans on the 29th of May, 1453.

Some historians have informally chosen this event as an arbitrary milestone to mark the end of the Middle Ages in Western Europe.

When Constantinople was conquered, many scholars from there fled to the Western Europe, bringing their knowledge and books with them. This added fuel to what would become the intellectual, cultural and culinary rebirth of Western Europe. While some people treat the renaissance as a historical period, others see it as more an intellectual movement.

Of course, no one living during what we now call the “Middle Ages” would have said they were. They would have, like us right now, said they were living in “modern, contemporary” history, because it was at the time.

This web site generates income from affiliated links and ads at no cost to you to fund continued research · Information on this site is Copyright © 2022· Feel free to cite correctly, but copying whole pages for your website is content theft and will be DCMA'd.
Tagged With: Medieval Food