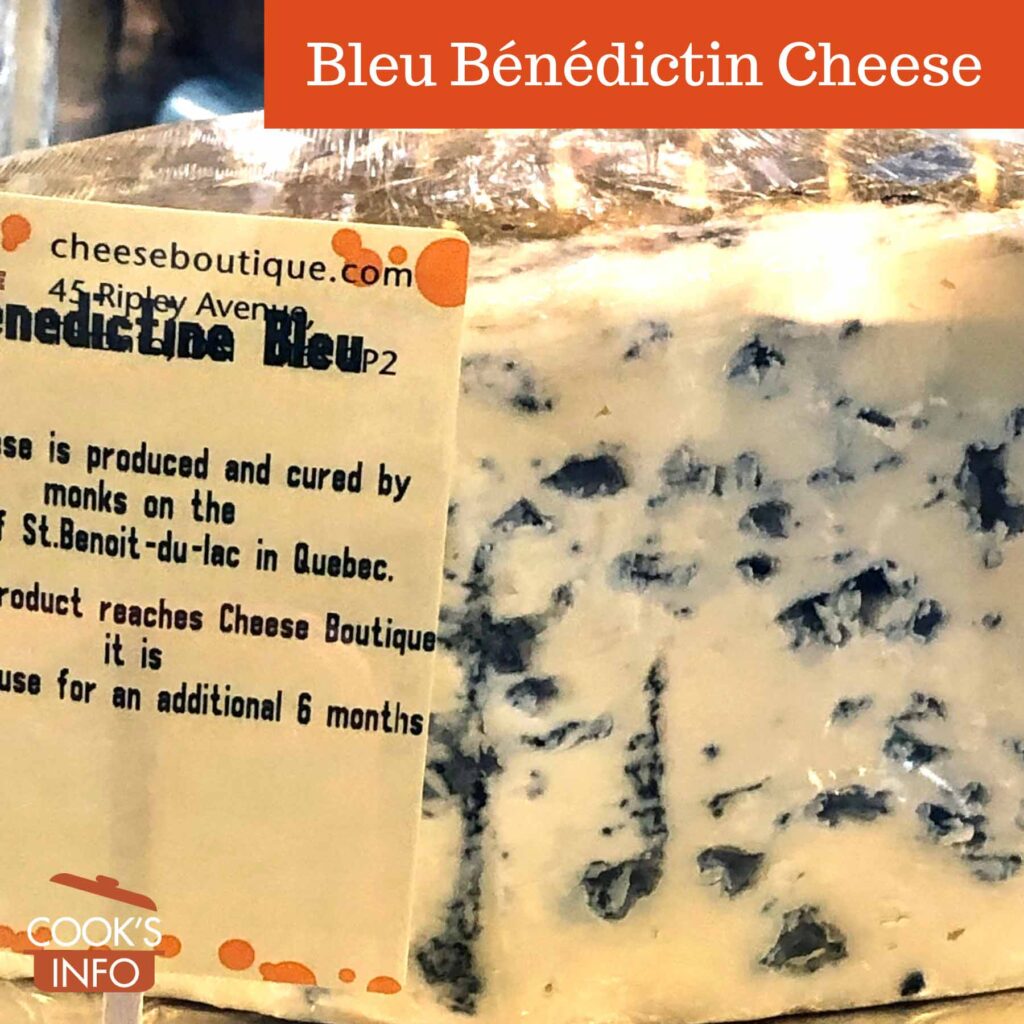 Bleu Bénédictin is a semi-soft blue cheese with a rind of blue mould dusted with whitish-grey. It is cream-coloured inside, with bluish-green veins of mould.

It has a milder taste than Roquefort or Stilton.

It is made from pasteurized whole cow’s milk treated with Roquefort penicillium mould.

The cheese is aged for three months. It becomes crumbly on the outside edges, yet smoother and creamier in the centre, and develops a mushroom-like aroma.

It is made in 2 kg (4 ½ pound) wheels, that are covered in gold foil with a blue striped label for shipping and sale.

The monastery was founded in 1912; they started making cheese in 1943. Their first cheese was “Ermite” in that year. Production of Bleu Bénédictin started in 2000.

In 2002 and 2006, Bleu Bénédictin won the top Blue Cheese award in the Canadian Cheese Grand Prix.