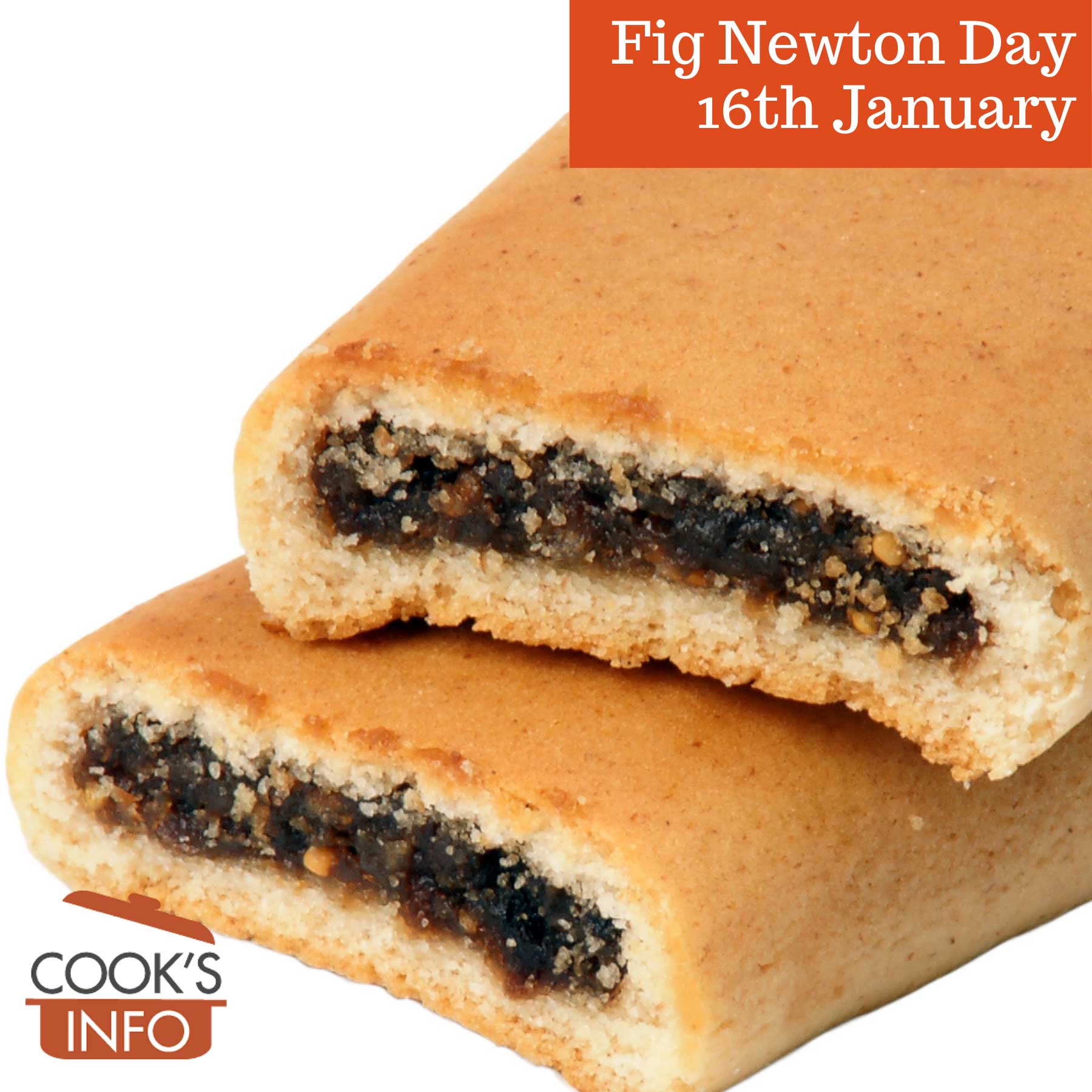 The 16th of January is Fig Newton Day.

Today’s a day to enjoy one — or several — Fig Newton fig roll cookies.

These cookies are so morish it’s easy to get through several without noticing it. And given that they have a fair bit of fruit filling, it’s easy to almost think they might possibly be a health food!

What do you prefer yours with? Coffee, or tea?

“Fig Newton” is a trademarked name. However, there are many competitors with the same fig cookie, often generically called a “fig roll”.

Fruit cookies such as these were thought to be healthy for you in the 1800s.

The cookies are named after Newton, Massachusetts, just outside Boston, and near to where the modern version of these cookies were first made. (It has nothing to do with Sir Isaac Newton.)

We have no idea if the town does anything special on this day!

The modern shape that is well known dates from 1891.

Since 2012, the product is no longer called “Fig Newtons”, but rather just “Newtons”, because in addition to the fig filling, there are now also ones with apple, strawberry, raspberry and mixed-berry fillings.

The first print mention that CooksInfo has found for Fig Newton Day dates from 2017.

This web site generates income from affiliated links and ads at no cost to you to fund continued research · Information on this site is Copyright © 2023· Feel free to cite correctly, but copying whole pages for your website is content theft and will be DCMA'd.
Tagged With: Figs