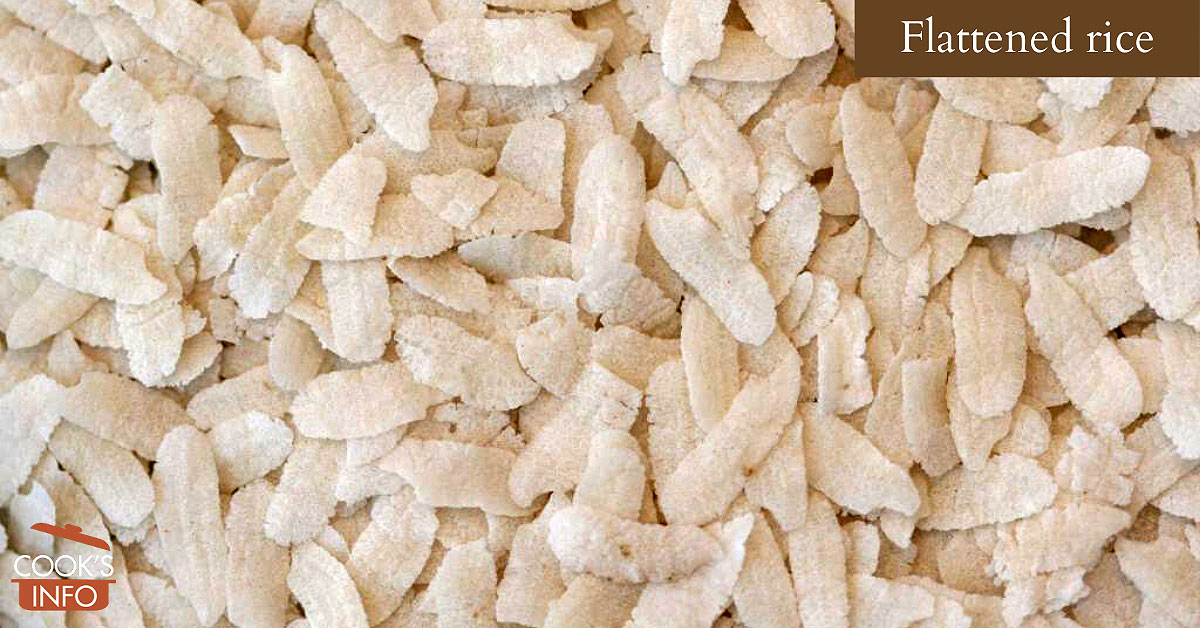 Flattened rice (aka “poha”) is exactly that: rice that has literally been flattened.

To make it at home, the rice is soaked overnight in water, then flattened, then dried. To make it commercially, the rice is threshed, then soaked, roasted, then hulled and polished, then rolled to make it flat, then sieved and dried.

It can be bought at Indian grocery stores, in thick or thin form. In some dishes, you prefer the thick, because the thin can become mooshy and affect the look and texture.

You rehydrate it by letting it stand in water for a few minutes.

This web site generates income from affiliated links and ads at no cost to you to fund continued research · Information on this site is Copyright © 2023· Feel free to cite correctly, but copying whole pages for your website is content theft and will be DCMA'd.
Tagged With: Indian Food