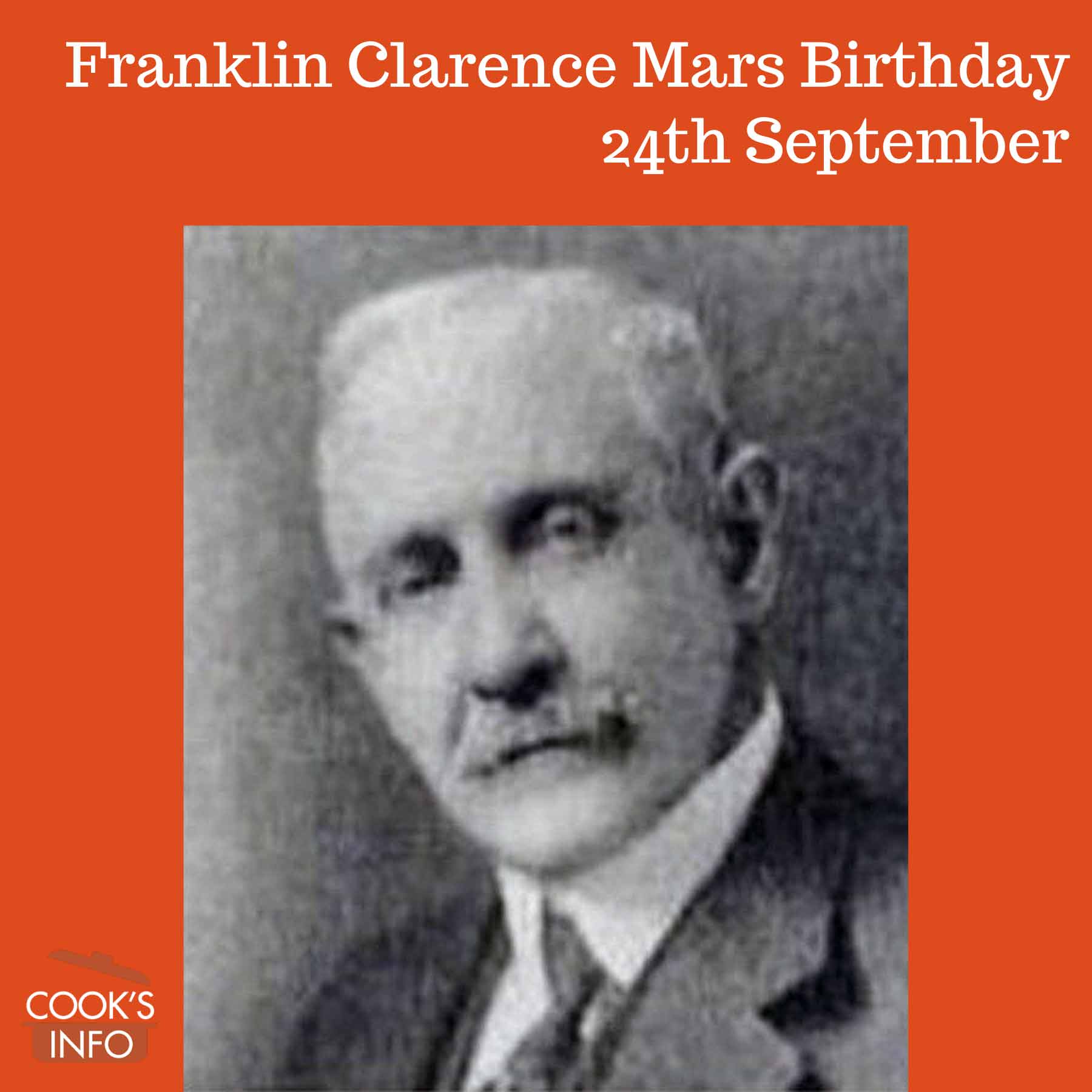 The 24th of September is the birthday of Franklin Clarence Mars.

Born in 1883, Franklin would go on to establish the Mars candy bar empire.

His mother taught him to make candy at home. At the age of 19, he started his first candy company. That business failed but in 1911 he started again.

In 1923, he and his wife Ethel devised a candy bar they called “Milky Way.”

The bar was a phenomenal hit, and in a few years they were already very wealthy.

His business eventually passed to his son, then his grandsons.

To this today, it is still a family-owned business.

Learn more about the Mars Family.

This web site generates income from affiliated links and ads at no cost to you to fund continued research · Information on this site is Copyright © 2022· Feel free to cite correctly, but copying whole pages for your website is content theft and will be DCMA'd.
Tagged With: Candy