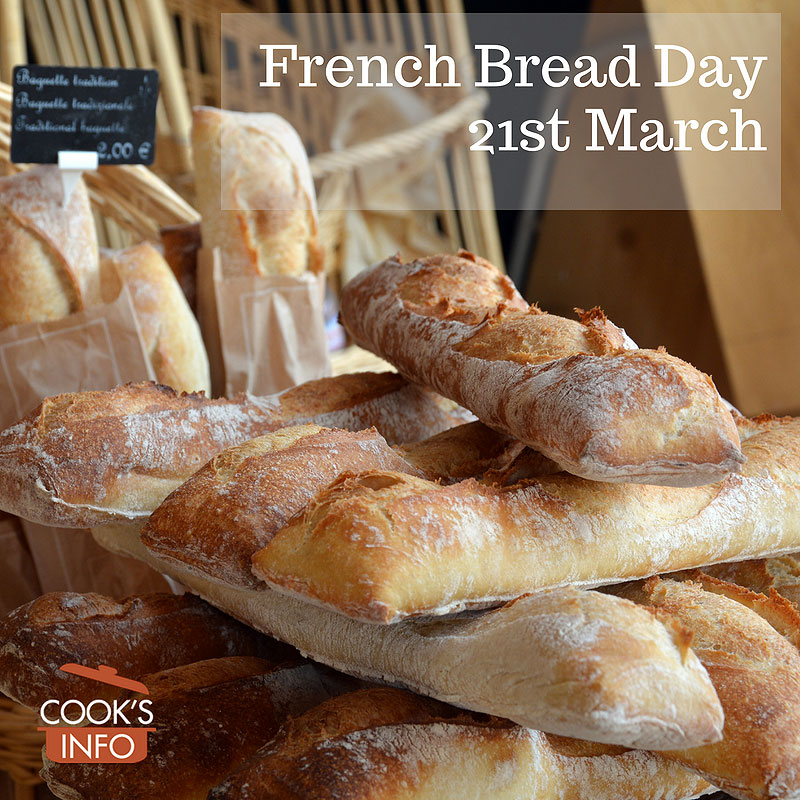 The 21st of March is French Bread Day.

Most people think of French bread as bread with a crisp crust and slightly chewy centre, and usually in a stick form.

But there are so many different kinds of French bread. Broaden your horizon today by reading all about them, and exploring CooksInfo’s many entries on French breads and French flours.

And then, by all means, celebrate today by going out and buying a loaf of French bread — if you spot one you haven’t tried before, go for that.

And yes, certainly do buy it rather than make it. No one in France makes their own bread at home. To be truly authentic French bread, it has to be bought.

Tip: if you’re planning to cook something with French bread, day-old is best.

The earliest mention that CooksInfo has found of a 21st of March “French Bread Day” in print archives dates from 2013 in California: 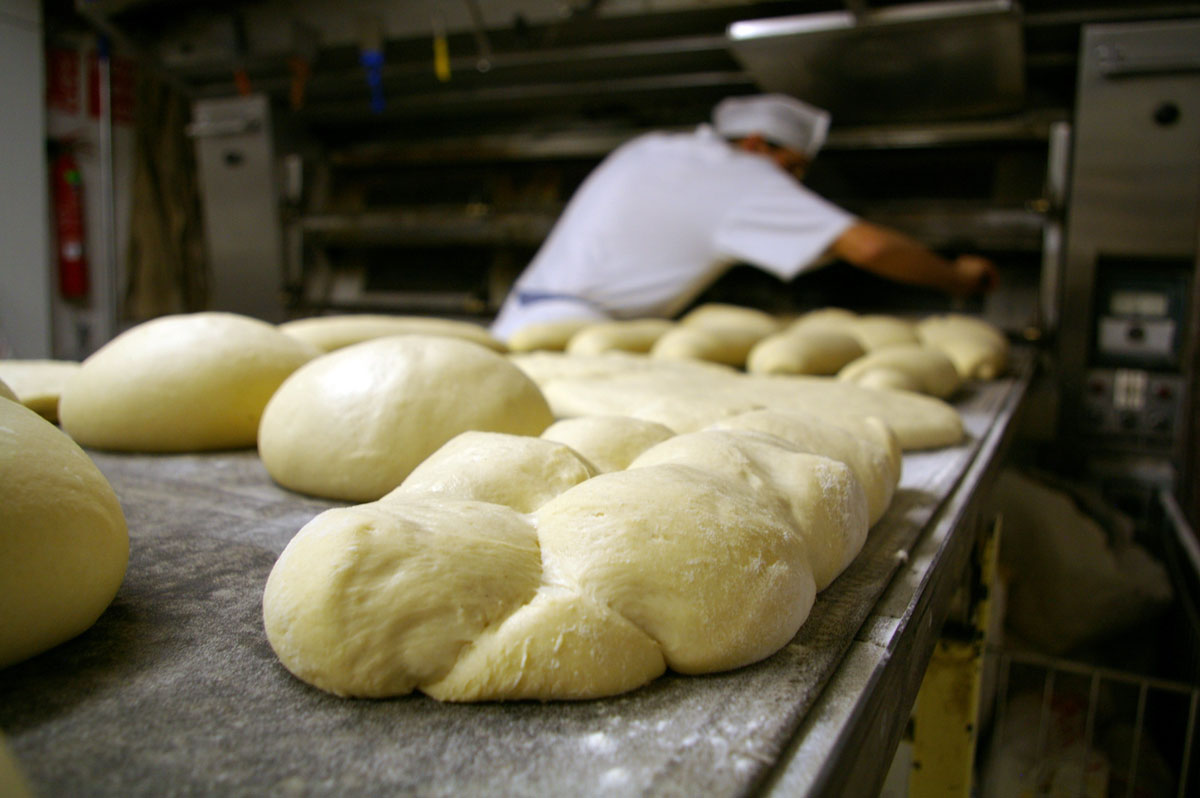 This web site generates income from affiliated links and ads at no cost to you to fund continued research · Information on this site is Copyright © 2022· Feel free to cite correctly, but copying whole pages for your website is content theft and will be DCMA'd.
Tagged With: French Breads