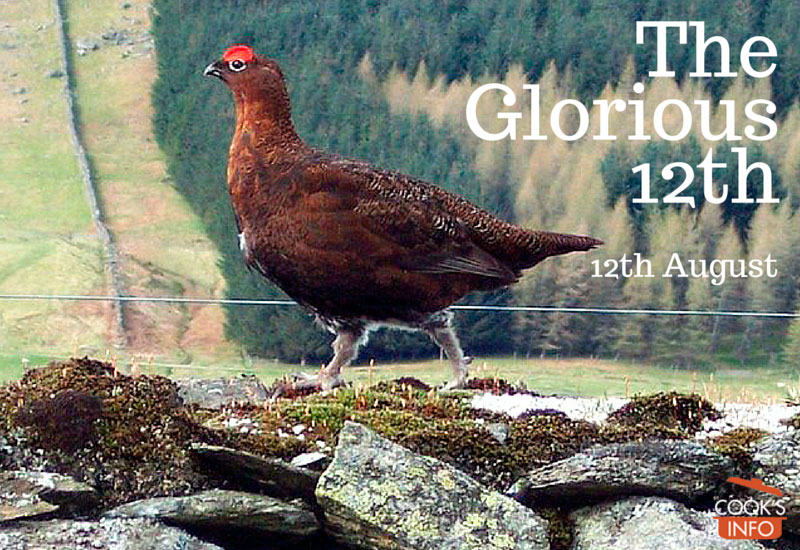 On the 12th of August, grouse season starts in England and Scotland.

The date has been set in law since the Game Act of 1831. Birds born in a year are deemed not to be fully mature until the 12th of August of that year.

No grouse hunting is legally allowed until then.

The season goes until the end of January. Most shooting happens in northern England and in Scotland.

Most grouse fans won’t eat birds they shoot on the 12th right on that day — they’ll wait 3 or 4 days later, giving the birds time to hang.

Louis Eustache Ude (1769 – 1846) was a French chef who immigrated to England and spent his career there.

From 1827 to 1839, Ude was the chef at a private club in London called Crockford’s. One year, in the first week of August before the legal start of the grouse season, he served grouse in the club’s dining room. Members dining there that day happened to include the fifth Marquis of Queensberry, from Scotland, who was outraged that Ude was breaching the law before it was legal, and reported Ude to the police.

Ude appeared in Bow Street court the next morning after the offence, and was given a small fine and an admonition. Later that day, the Marquis of Queensberry appeared again at the club to eat. He scrutinized the menu to make sure that the forbidden bird of the day before had been removed from it. It had been, and satisfied, he decided to order something new on the menu in its place, called “Salami de fruit défendu“. (Salami of forbidden fruit.)

The “forbidden fruit” in the salami that the laird was served turned out to be grouse.

In 1926, a newspaper reporter recorded the rush to get grouse into the restaurants in London on the 12th of August.

“The first grouse of the season were eaten in London this week, and because the gourmet today does not like to lose a moment’s time, grouse were eaten in the fashionable London restaurants at lunch-time on “The Twelfth.” Special trains, aeroplanes and motor cars all play their part in rushing the first delicacies southwards, but these are now a recognized part of the programme that must be faithfully carried out to meet the exigent demands of London and foreign gourmets.” — The Brown, Delicious Grouse: Some New Recipes. The Montrose Review. 13 August 1926. Page 8, Col. 1.