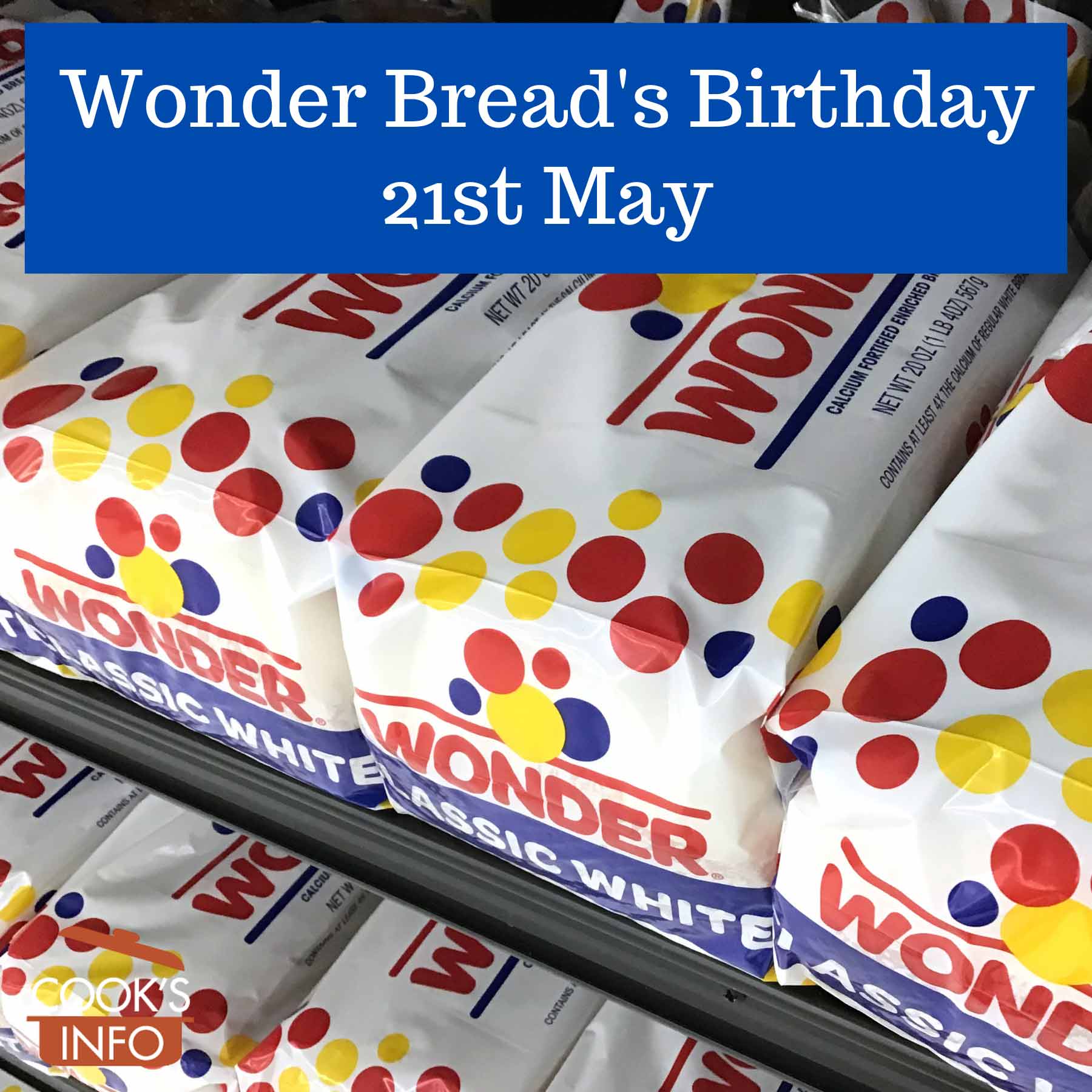 The 21st of May is Wonder Bread’s birthday!

“In 1921, Indianapolis consumers were teased that “Wonder” was coming on May 21st. What arrived on that historic day was Wonder Bread — a product that would stir the nation’s imagination like no other and that, nearly a century later, continues to do so today.” [1]About Us. Wonderbread Company. Accessed May 2021 at https://www.wonderbread.com/about-us

When Wonder Bread launched in 1921, it was the pure, white, modern bread of the future.

The circles on its iconic packaging represent balloons. Everything about it, both the bread itself and the packaging, is a form of kitschy nostalgia for many people.

Did you beg your parents for Wonder Bread growing up? Were you one of those who turned their noses up at school sandwiches made with any other kind of bread?

What’s your favourite sandwich to make with Wonder Bread? Some people swear that there is no other better bread than Wonder Bread for peanut butter and jelly or fluffernutter sandwiches.

Have you tried the whole wheat version of Wonder Bread? If you have, what did you think of it? 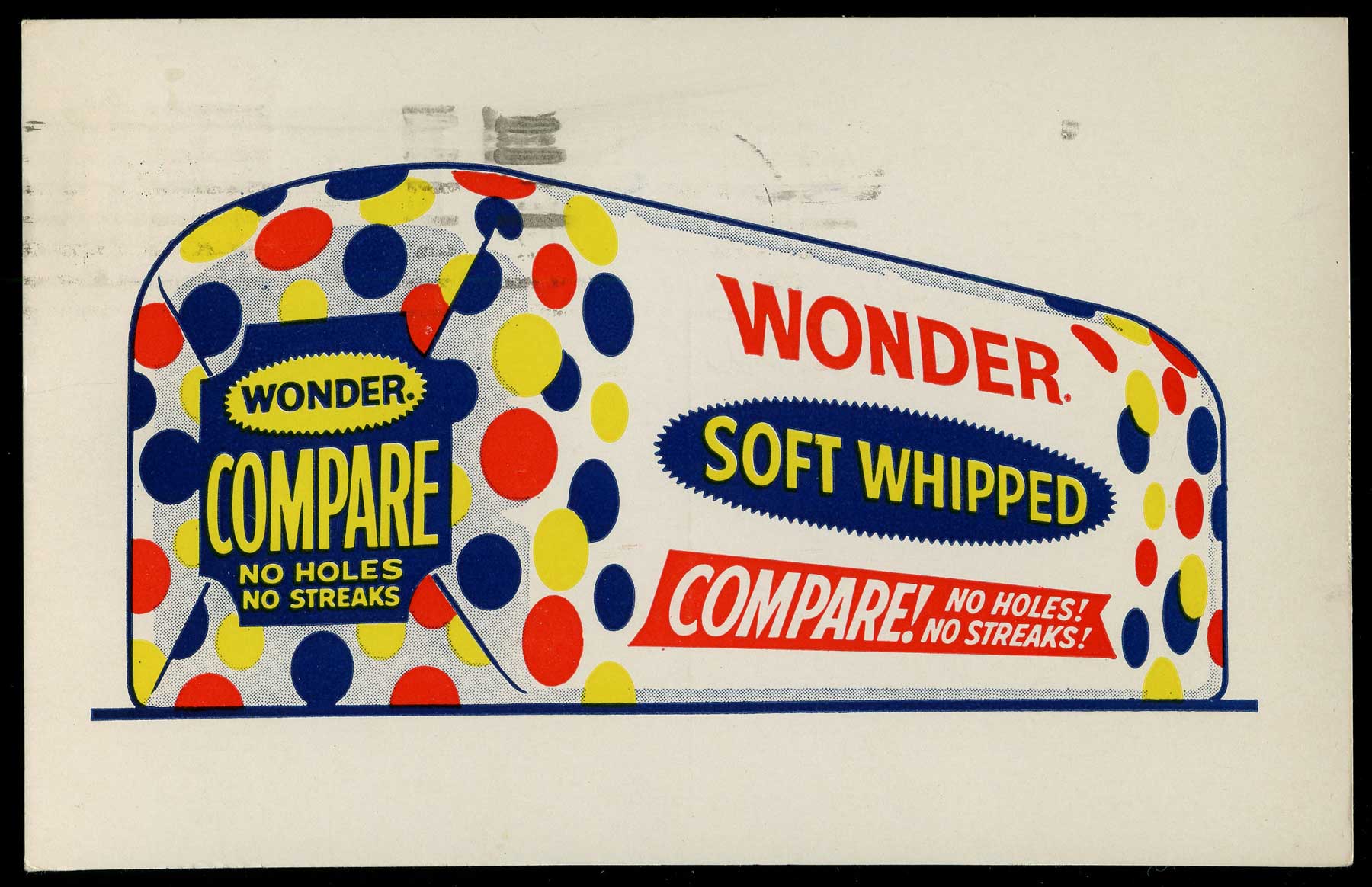 Wonder Bread has been owned by several different companies over the years.

As of 2021, it is made “in Canada by Weston Bakeries Limited, a subsidiary of George Weston Limited; in the United States of America by Flowers Foods; and in Mexico by Grupo Bimbo.” [2]Celebrating the wonder of Wonder bread. Canadian Packaging. 3 April 2014. Accessed May 2021 at https://www.canadianpackaging.com/design-and-innovation/celebrating-wonder-wonder-bread-135865/

In 2012, it nearly disappeared forever from grocery store shelves in the United States when Hostess, the company that owned it, ran into financial difficulties. In fact, it did disappear for nearly a year — in November 2012 until September 2013. During this time, production in Canada and Mexico continued uninterrupted, keeping the Wonder Bread dream alive uninterrupted. Many Americans made the day trip to Canada to pick up a loaf.