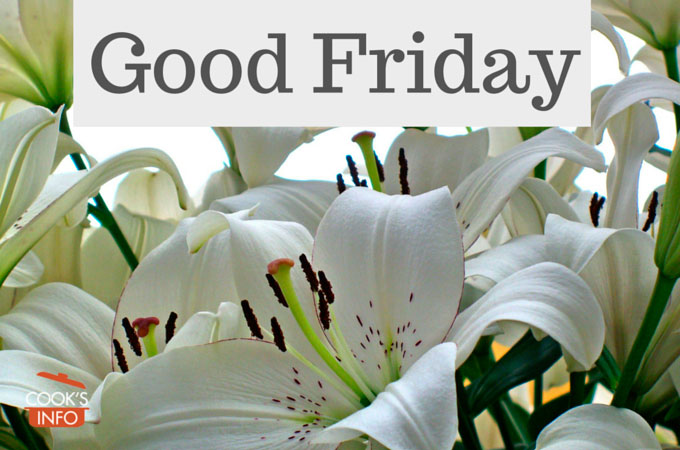 The date for Good Friday changes wildly every year.

A solemn day in the Christian calendar, it marks the day Christ was crucified on the cross by Romans.

Christians are meant to spend the day in prayer and silence. All church candles are extinguished, not to be relit until Easter Sunday. No mass is held. Some traditions feel that the entire day until sundown should be spent in a total fast, called the “Black Fast.”

For those not fasting, traditional on this day were hot cross buns for breakfast, and fish at other meals.

Eggs laid on Good Friday were thought to bring remarkable health for the following year to those that ate them (though owing to Lent you weren’t allowed to eat them until two days later, on Easter Sunday.) Or, instead of eating the eggs, you could bury them in the ground to protect your grounds from lightning and hail.

Any bread baked on this day, it was believed, would never go mouldy.

A child born on Good Friday, and baptized on Easter Sunday, was believed to have the destiny of growing up to be a healer.

Good Friday is an official holiday in many countries, but not the United States.