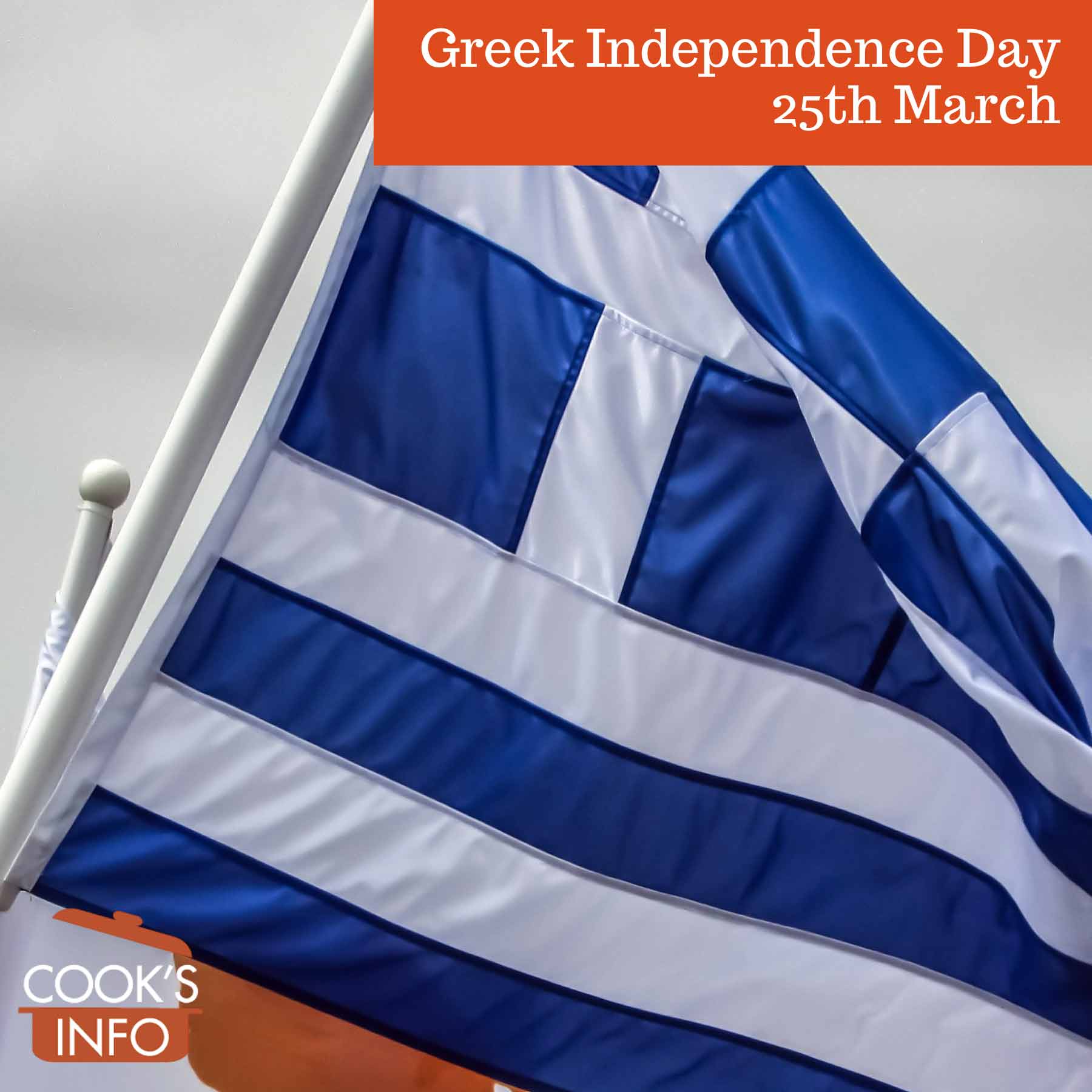 The 25th of March celebrates Greece regaining its freedom after centuries of occupation.

As it falls in the middle of Lent, though, which is observed in the Greek Orthodox Church, the special holiday foods that can be used have to be filtered through religious constraints. No meat is allowed — but then the Greek diet isn’t as heavily meat-centred, anyway, as northern diets are. Fish is allowed, since Independence Day falls on Annuciation Day, which is a Feast Day in the Church calendar. Other foods allowed are fruit, cheese, nuts, alcohol, beans, olives, and all vegetables.

Though there are no Lent constraints on alcohol, it’s still hard to know what to recommend to non-Greeks to drink for today. Those who merrily downed gallons of green beer just a week ago at St Patrick’s Day would no doubt blanch at the thought of a single shot glass of ouzo or retsina.

Turkey used to be known as the Ottoman Empire. Ottoman rule over Greece had begun in 1453, when the Muslims conquered and occupied Constantinople.

The revolution for Independence started in 1821 at the monastery of Agia Lavras (aka Hagia Lavra) in Kalavryta. Bishop Germanos of Patras raised the Greek flag (the same one in use today, 2007), and blessed the rebels. This was sometime in late March — some believe the 28th — but the day got merged in with the big Annunciation celebrations on the 25th. This first March 1821 uprising was defeated, but independence was finally achieved in 1829 with the Treaty of Andrianople, and formally recognized by Turkey in the Treaty of Constantinople, signed July 1832.

Greek Independence Day is usually proclaimed each year in the United States by the President of the time. In 1940, 10,000 people attended the first Independence Day parade in Greece; one has been held every year since.

“Standing there an hour alone I dreamt that Greece might once be free.” — Byron.

This web site generates income from affiliated links and ads at no cost to you to fund continued research · Information on this site is Copyright © 2022· Feel free to cite correctly, but copying whole pages for your website is content theft and will be DCMA'd.
Tagged With: Greek Food