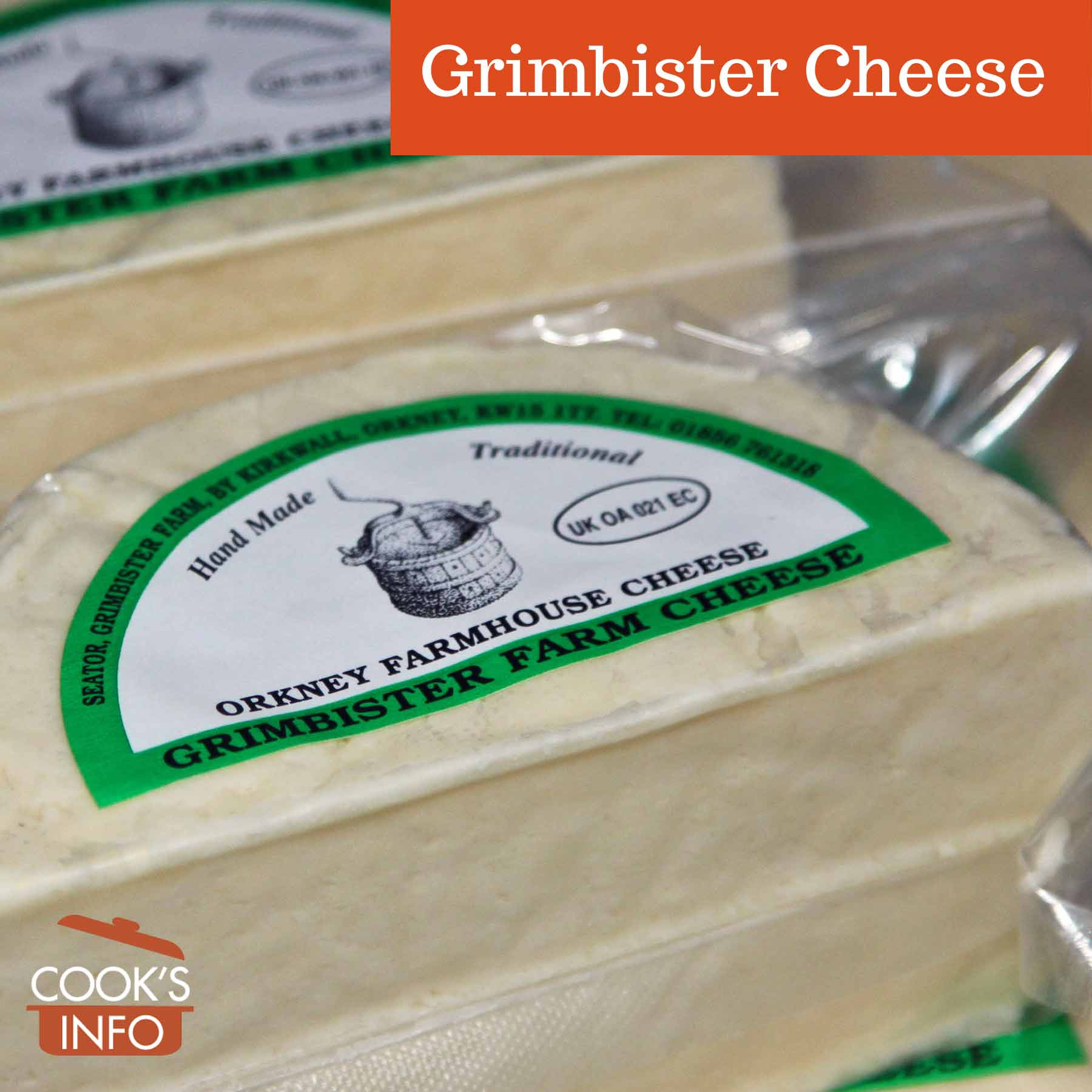 Grimbister is a soft, crumbly cheese, somewhat like Wensleydale.

It is a farmhouse cheese, made using raw milk. No rennet is used to curdle the milk.

As Grimbister cheese ages, it develops a slightly lemony, fruity taste. Flavoured versions such as apricot and cranberry are also available.

Grimbister cheese is made at Grimbister Farm in Kirkwall, Orkney, Scotland. It was created by Eddie and Hilda Seator using milk from their own cows. Management later passed to their daughter, Anne. [1]”Hilda Seator founded this small cheese-making business from Grimbister Farm, on Orkney mainland. Her daughter Anne now runs things” Grimbister Farm Cheese. Accessed April 2022 at https://food.datathistle.com/place/60624-grimbister-farm-cheese-kirkwall/

In January 2005, the executive chef of the Savoy Hotel in London, George Fuchs, ordered a 27 kg block of Grimbister’s Whisky Cheese to serve at the hotel on Robbie Burns night.

Grimbister is the name of Eddie and Hilda Seator’s farm.

This web site generates income from affiliated links and ads at no cost to you to fund continued research · Information on this site is Copyright © 2022· Feel free to cite correctly, but copying whole pages for your website is content theft and will be DCMA'd.
Tagged With: Scottish Cheeses