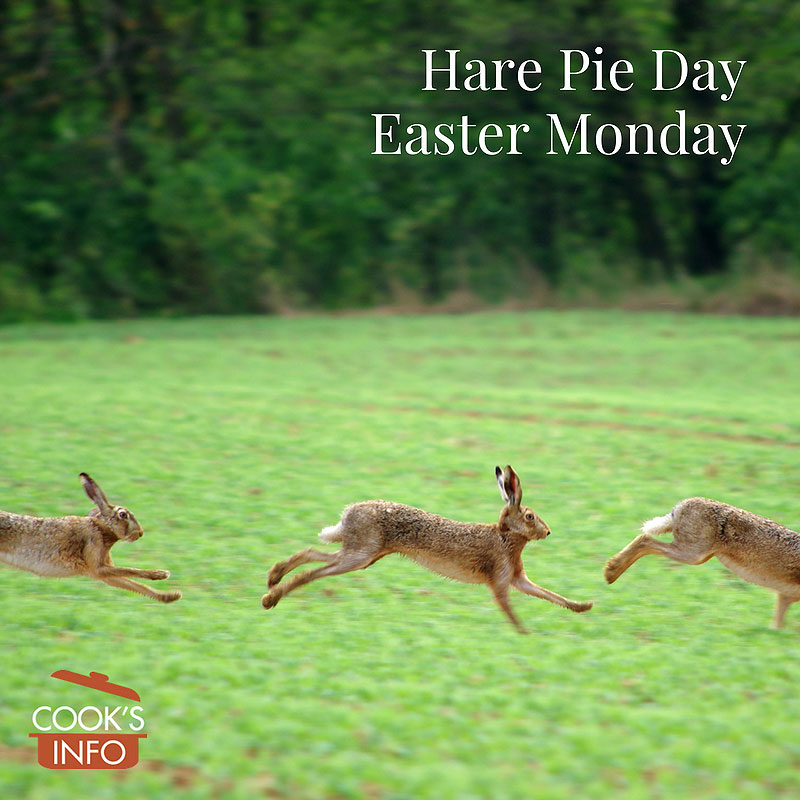 It appears to have started in 1770. The story is that on Easter Monday in this year, the local Lady was being chased by a bull. A hare ran across the bull’s path, distracting it, and thus saving the Lady. She left in her will a piece of land to the vicar, and asked that on Easter Monday, twenty-four Penny Loaves of bread, 2 hare pies and ale be given to those in need.

Today, a single, large pie, made of beef, is blessed at St Michael’s church. The vicar then tosses pieces of it into the crowd. The Penny Loaves are now ordinary bread rolls; they are also broken up and thrown into the crowd.

People then march to Hare-Pie Bank, led by someone dressed in a green robe carrying a pole with the metal figure of a hare on top of it.

Here begins a contest between Hallaton and the next village of Medbourne, which are divided by a stream. Three small kegs of ale, about a foot (30 cm) tall each, are up for grabs, going to the team that can get them into their respective village. It ends up like a rugby match. Though anyone may join in on the Medbourne side, the proceedings are said to be “boisterous.”

The battle is repeated three times, once for each keg. The winning village is the one that gets 2 out of 3. 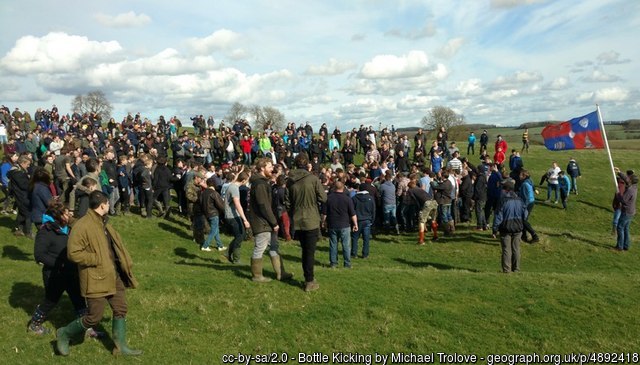 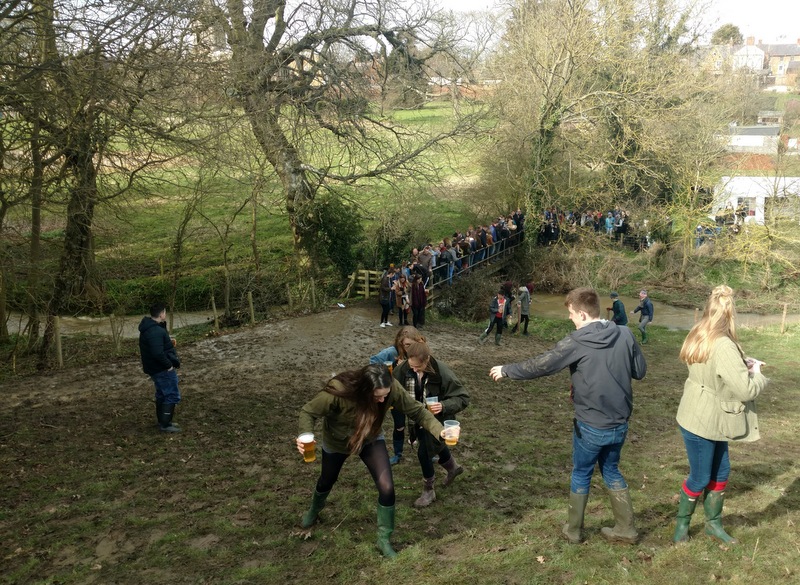