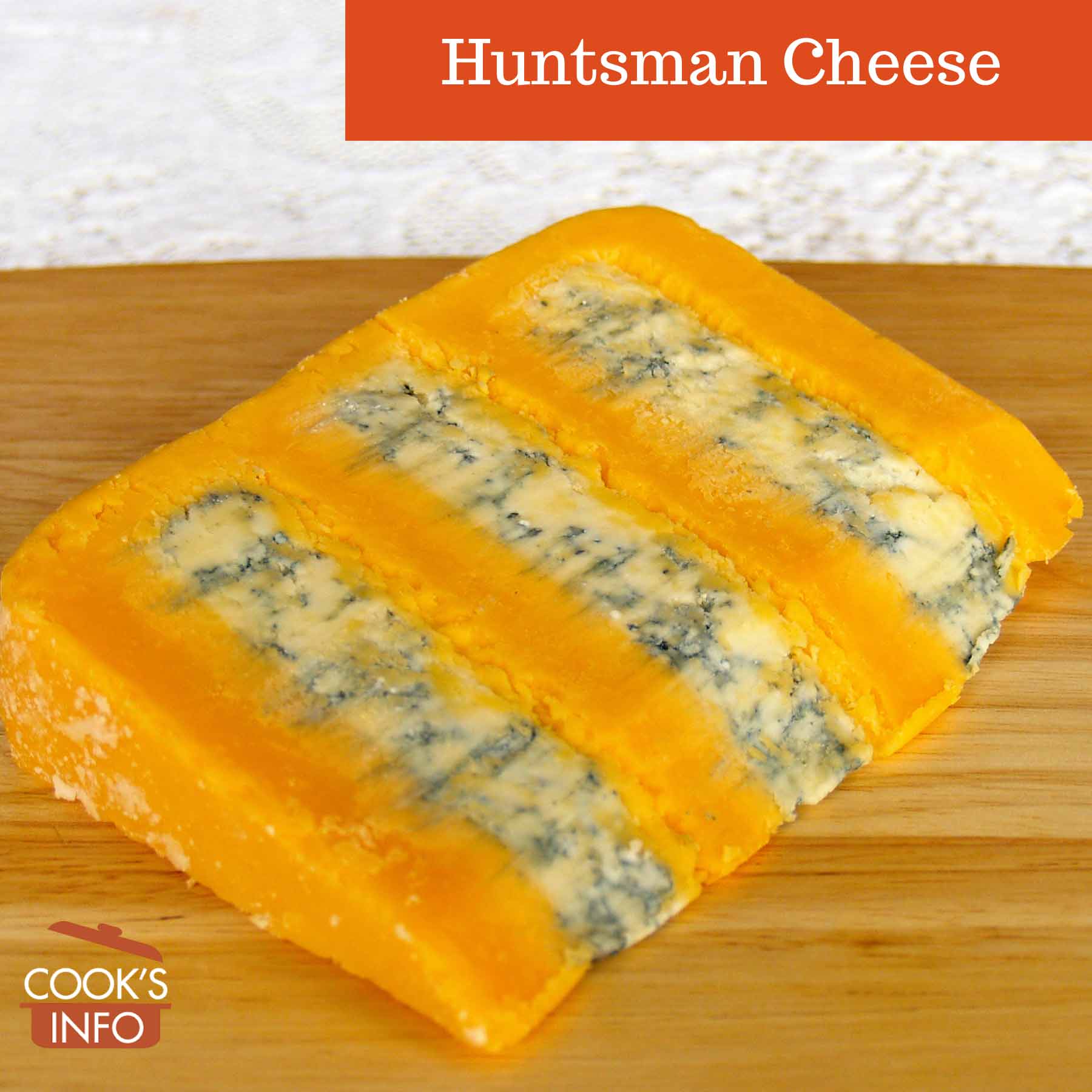 Huntsman Cheese is a layered cheese, consisting of Double Gloucester cheese with a layer of Stilton in the middle.

Both cheeses used are made of pasteurized cow’s milk. The layering is done by hand.

Huntsman, a trademarked name, has been around since at least 1982. It is made by Long Clawson Dairy (founded 1911) in Melton Mowbray, Leicestershire, England.

Similar products include Somerset Blue Cheese (made by the Ilchester Cheese Company of Somerset, England) and Stilchester Cheese made by Dairy Crest of Esher, Surrey. CooksInfo isn’t sure when Stilchester was first made, but Dairy Crest was reserving the name for a cheese called that at least as far back as 1983. The trademark in Australia was applied for in 1983, granted in 1985, # 389280. In the United States, the trademark was applied for in 2006, granted 2008, #3,516,546. The American trademark was initially opposed by the Ilchester Cheese Company, maker of the similar Somerset Blue.

“At home in England, it [Stilton] is also the cheese of kings, and a favorite of the present royal family. Prince Charles himself is said to be particularly fond of a variation called Huntsman, a combination of Stilton and Double Gloucester cheeses assembled like a layer cake.” — Jones, Jerene. Stilton Is the Blue Cheese of Blue Bloods. People Magazine. Vol 18, No 22. 29 November 1982.

This web site generates income from affiliated links and ads at no cost to you to fund continued research · Information on this site is Copyright © 2022· Feel free to cite correctly, but copying whole pages for your website is content theft and will be DCMA'd.
Tagged With: English Cheeses