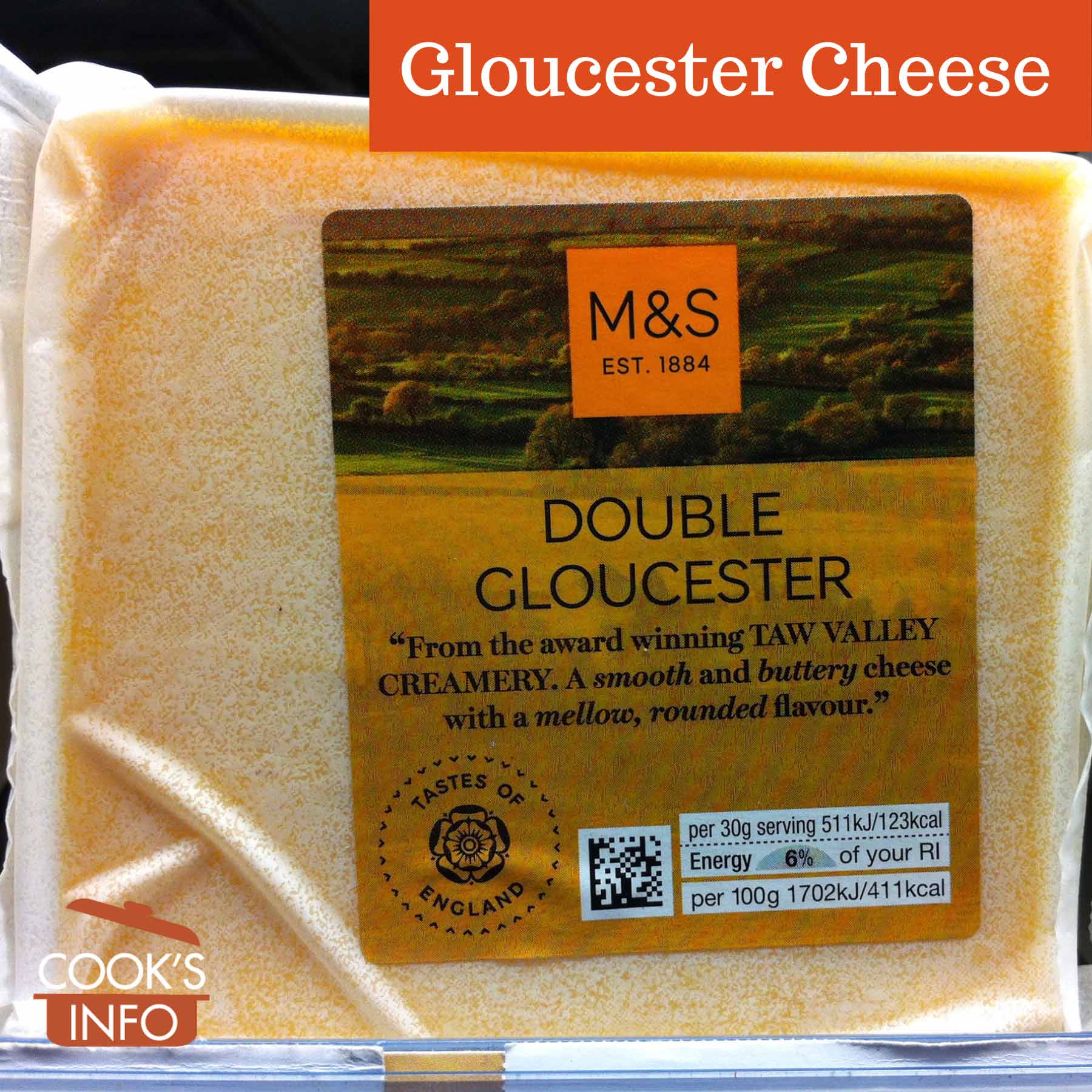 Both Single and Double Gloucester Cheese are round.

They were both originally made with milk from the “Old Gloucester” breed of cows. In 1972, only 68 of these cows remained in the world, but the breed was revived when Charles Martell revived the Gloucester Cattle Society. By 2004), there were 730 breeding females, but as of 2021, the breed still remained at risk. [1]Rare Breed Survival Trust. Watch list for 2021 / 2022. Accessed February 2022 at https://www.rbst.org.uk/watchlist-overview

Double Gloucester was called “double” because, at 13 cm (5 inches) thick, it was double the width of the Single Gloucester.

They both originally had tough rinds.

Double Gloucester came to be the more desirable version. It was made with full-fat milk, whereas Single Gloucester was made from the milk run-off from making butter. Now, owing to various regulations which have restricted the production of Single Gloucester, the situation is reversed, and Single Gloucester has become rare and expensive with a few producers (see below.)

Starter culture and rennet are added to skim milk from Old Gloucester cows. The milk is allowed to curdle. The curds are then cut, and heated for about half an hour to 35 C (95 F). The whey is then drained, the curd is mixed and salted, then put into moulds and pressed for 5 days. Then the cheese is removed from the moulds and aged for two months.

It ends up as a semi-firm cheese with a sticky orangey-coloured rind. 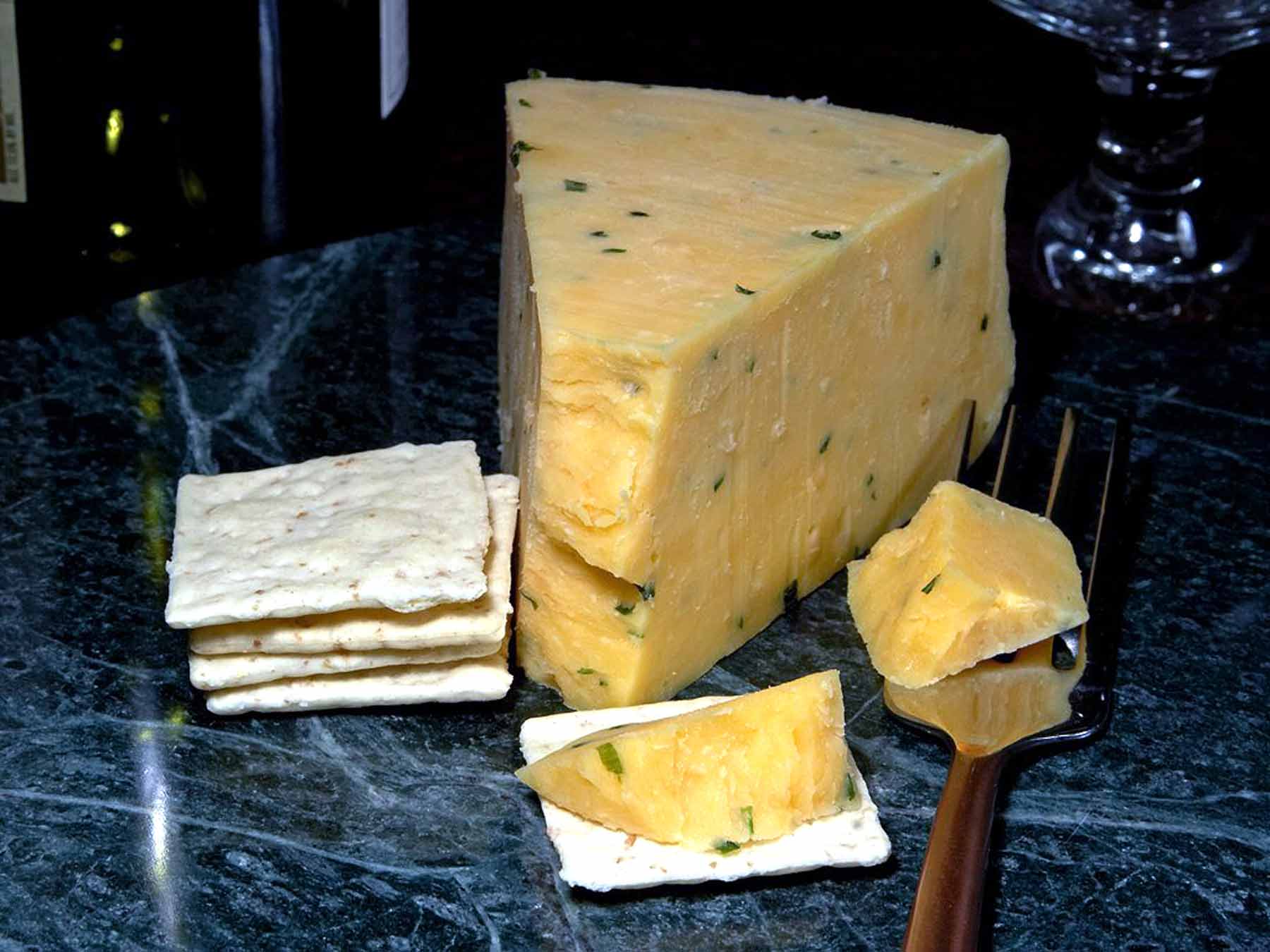 It is made from pasteurized milk. It can be grated or served as a table cheese. 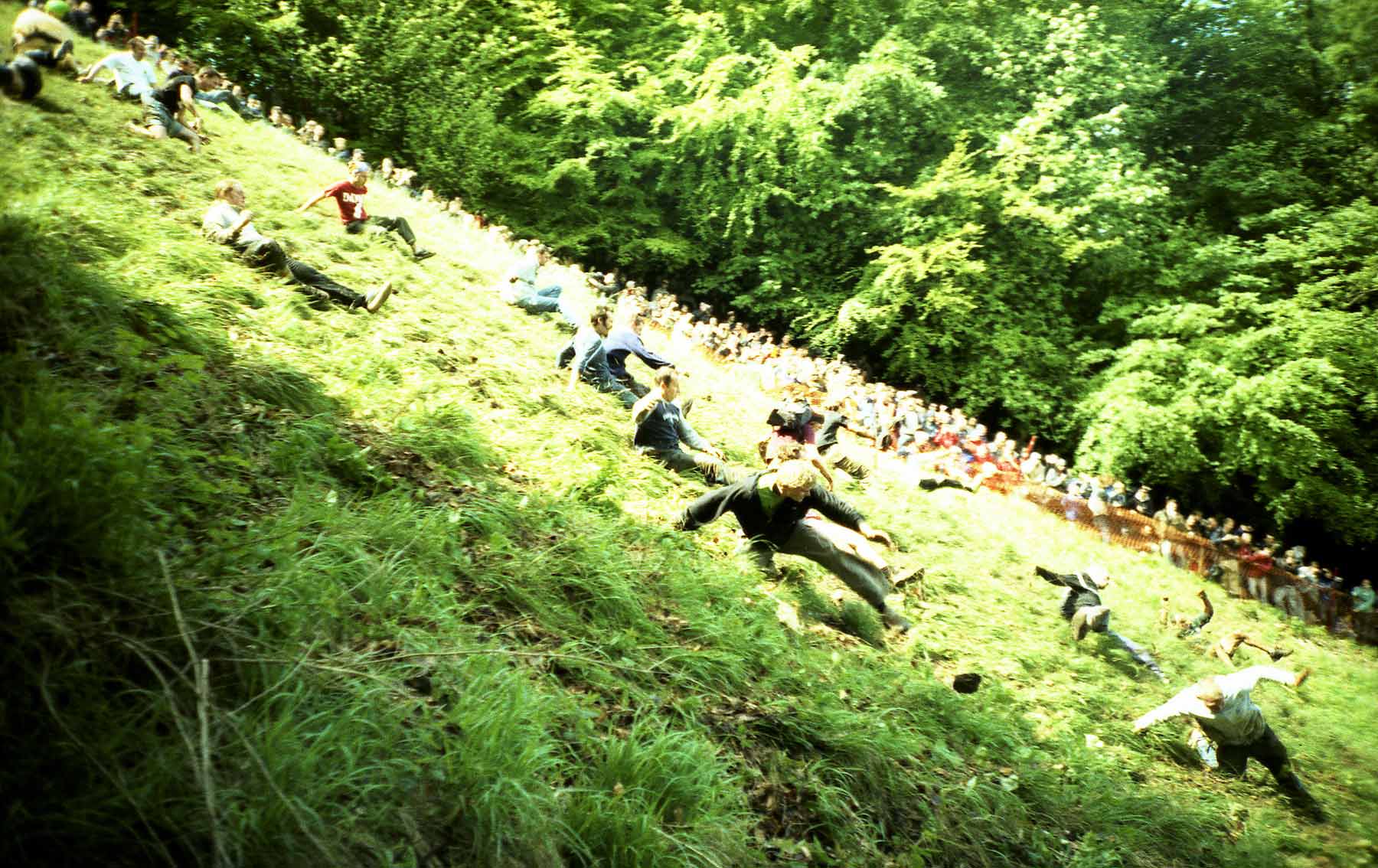 A cheese roll has been held at Cooper’s Hill, near Gloucester for several hundred years. Entrants chase a Double Gloucester cheese weighing 7 to 8 pounds (3 to 3.6 kg) down the hill. There are actually four separate races for different categories of entrants. The contest has been held annually at the end of May since 1967 to coincide with the long weekend then in England; historically, it was held at midsummer.

During World War Two food rationing, a wooden replica cheese with a small amount of actual cheese inside it was used.

No one is certain how the event started.

The winner gets to keep the cheese.

This web site generates income from affiliated links and ads at no cost to you to fund continued research · Information on this site is Copyright © 2022· Feel free to cite correctly, but copying whole pages for your website is content theft and will be DCMA'd.
Tagged With: British Cheeses, English Food, Gloucestershire Food, Protected Designation of Origin