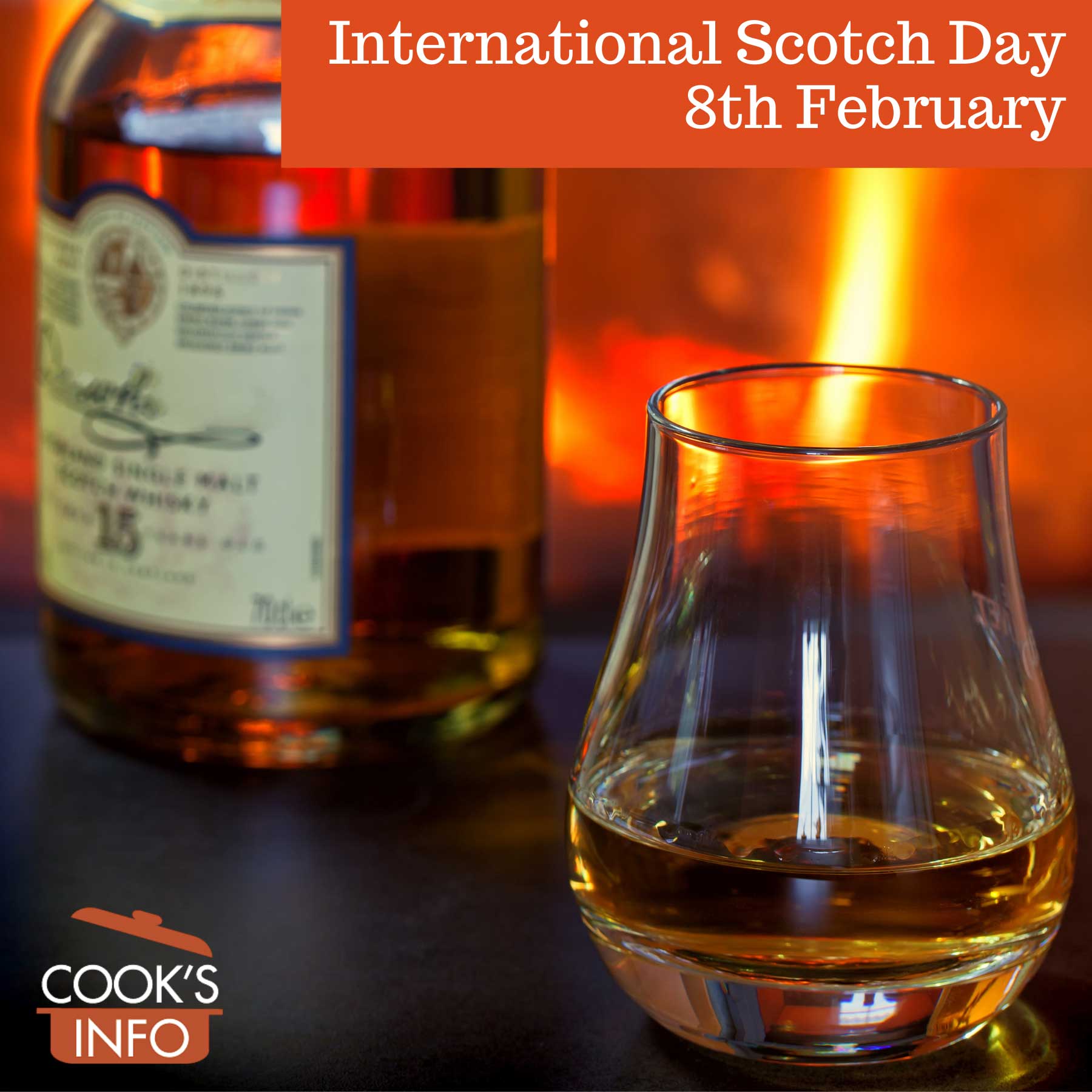 The 8th of February is International Scotch Day.

It is promoted by the Diageo company, a multinational alcohol beverage company. The promotion is aimed at creating new markets for Scotch.

February was chosen because Alexander Walker was born in February. He was the son of Johnnie Walker, who started the export of his father’s now eponymous Scotch.

There is no right or wrong way to drink Scotch. It doesn’t matter if you prefer it straight up, or on ice, but even some straight up fans will say a few drops of water can enhance it.

Scotch fans say that it is meant to be sipped rather than guzzled and certainly never used as a shooter. It took years, they say, to get that Scotch into a bottle, and the time that went into it needs to be appreciated.

On this day, some Scotch distilleries will open to the public free of charge. If you happening to be visiting Scotland on this day, you could try to tour one of the over 120 Scotch whisky distilleries there. In the past, Diageo has opened the Scotch archive in Menstrie, Scotland to the public.

On this day, you could hold a Scotch tasting party at your house. If so, you may wish to have someone read or recite Robert Burns’s ode to whisky entitled ‘Scotch Drink’.

“O thou, my muse! guid auld Scotch drink!
Whether thro’ wimplin worms thou jink,
Or, richly brown, ream owre the brink,
In glorious faem,
Inspire me, till I lisp an’ wink,
To sing thy name!” — Robert Burns

The poem in its entirety can be found here: Scotch Drink

This web site generates income from affiliated links and ads at no cost to you to fund continued research · Information on this site is Copyright © 2022· Feel free to cite correctly, but copying whole pages for your website is content theft and will be DCMA'd.
Tagged With: Whiskey