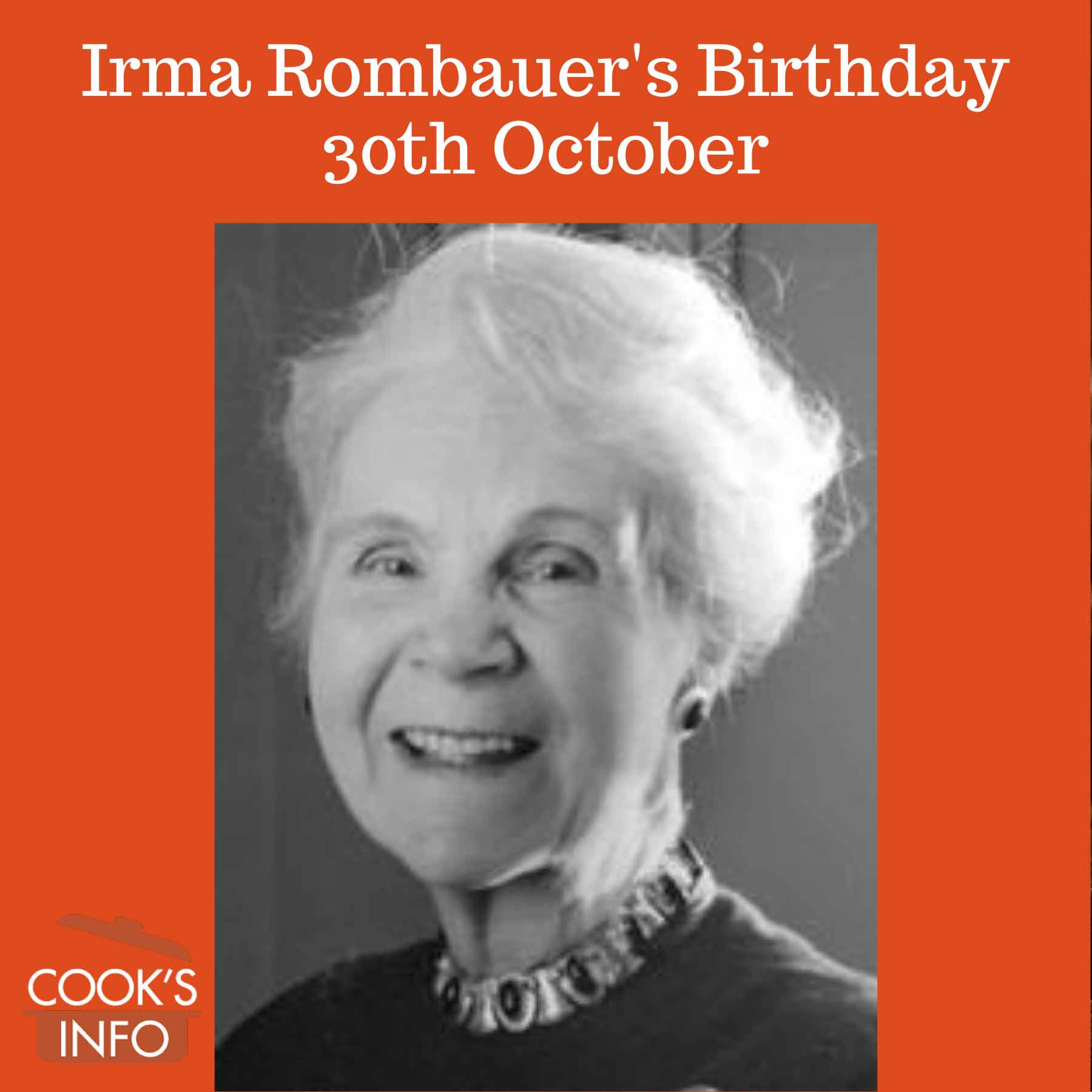 The 30th of October is the birthday of Irma Rombauer.

Rombauer authored one of the United States’ most influential cookbooks of all time, “The Joy of Cooking”.

In 1930, her husband committed suicide. Her husband’s estate had left her $6,000, but 52-year-old Irma was plunged into needing to forge an income to boost that to support herself. She decided to produce a cookbook.

In the fall of 1931, she self-published her own cookbook, using $3,000 of the inheritance money. She got her daughter, Marion, to illustrate the book. The first cover showed St Martha slaying the dragon of household chores.

By 1936, the book was so successful that an actual publisher, Bobbs-Merrill, wanted the rights to it.

In 1951, Marion joined her mother as co-author for Joy of Cooking updates.

The book has never been out of print, and revisions are still being issued to keep it up to date with current tastes and trends.

Rombauer’s book inspired the title of the 1972 bestseller, “The Joy of Sex.”