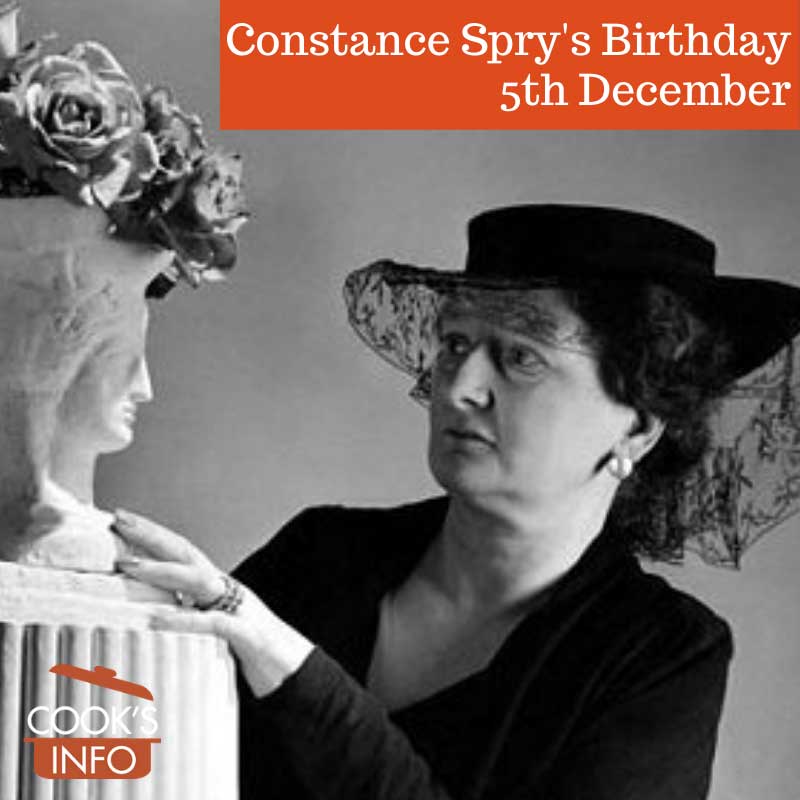 December 5th is the birthday of Constance Spry.

Constance Spry (5 December 1886 – 3 January 1960) was an English food writer and co-principal of the Constance Spry Cordon Bleu School of Cookery in London.

She created one of the most famous recipes in English cuisine: Coronation Chicken. It was served at street parties throughout England in 1953 to celebrate the coronation of Queen Elizabeth II.

Nowadays, many people remember her as much if not more for another talent she had: floral arrangements. She did the flowers for the wedding of the Duke and Duchess of Windsor (Mrs Simpson) in 1936, as well as the flowers in Westminster Abbey for the 1953 coronation of the Queen.