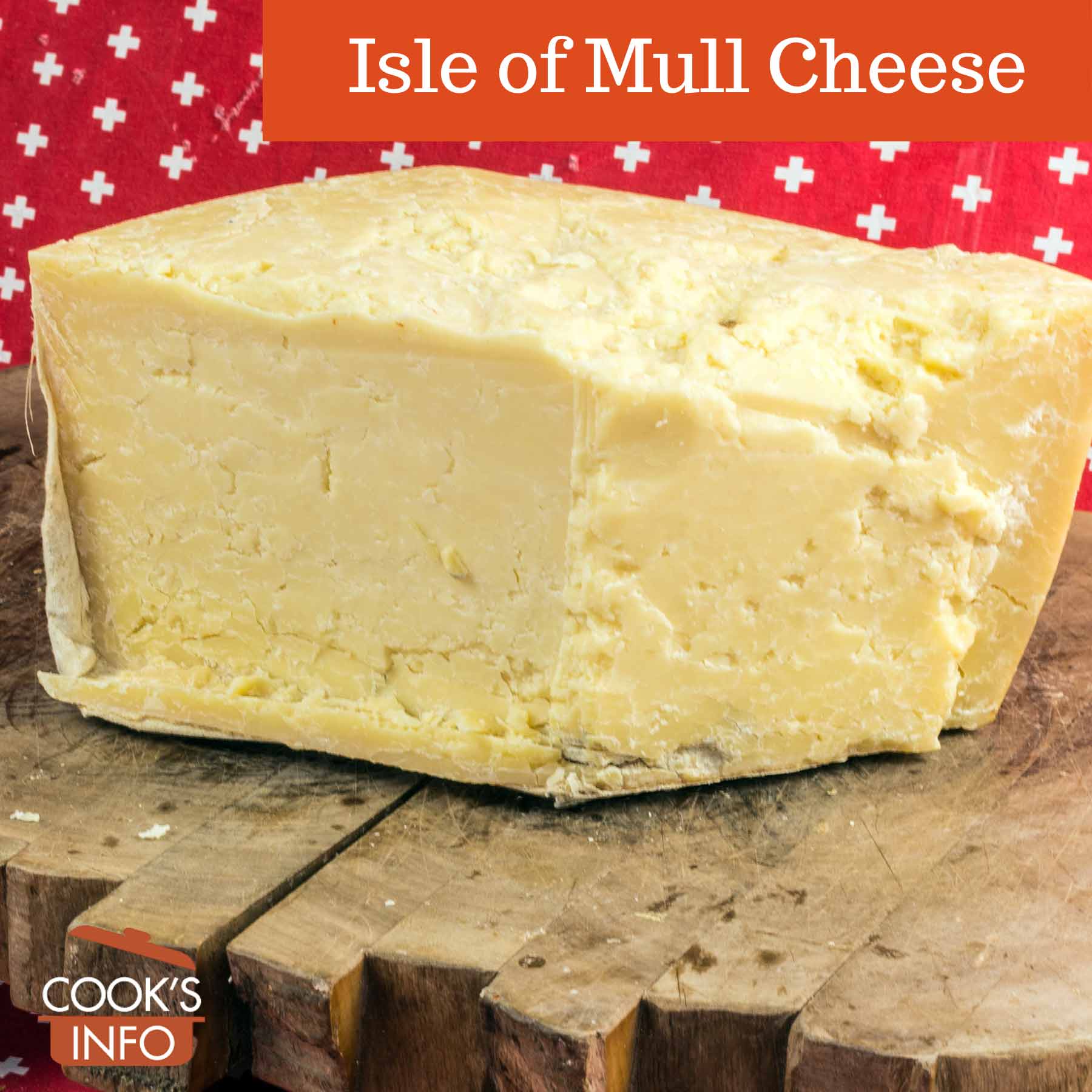 Isle of Mull is a dense, hard, farmhouse white cheddar cheese with a crumbly texture.

The cheese is made by a Jeff Reade at Sgriob-ruadh Farm [1]The farm’s name, pronounced “Ski-brooah”, means “Red Furrow.”on the Isle of Mull off the west coast of Scotland. It is the only dairy farm on the island.

Isle of Mull Cheese uses raw milk from predominantly Friesian cows, with a few Ayrshire, Jersey and Brown Swiss cows as well. [2]”At Sgriob-ruadh the cows are predominantly Friesian but the odd Ayrshire or Jersey. Most recently, Brown Swiss cows have been introduced. Their milk is especially suitable for the making of fine cheese.” — Accessed April 2022 at http://www.isleofmullcheese.co.uk/aboutus.htm During the winter, they are fed hay and used malt grain from the Tobermory Distillery (also on the island.) Milk from the herd goes directly to the cheese making buildings.

The milk is curdled using calf’s rennet. The cheeses are wrapped in cloth and aged for up to 12 months. Its pale yellow rind shows the cloth marks.

Isle of Mull Cheese made in the winter will be paler as no colouring is added to make it look the same as the summer cheese. There may be the occasional blue vein. [3]”From time to time, blue veins develop in “Isle of Mull”. This is a natural blueing considered by many to be a delectable bonus; certainly it is not harmful and generally such blueing is found in cheese of especially rich maturity.” — Accessed April 2022 at https://www.sgriobruadh.co.uk/hebridean-blue

It is made in 26 kg (57 pound) cylinders. [4]”All sizes are cut, by hand, from our whole 26kg Isle of Mull Farmhouse cheeses.” Isle of Mull cheese site. Accessed April 2022 at https://www.sgriobruadh.co.uk/product-page/isle-of-mull 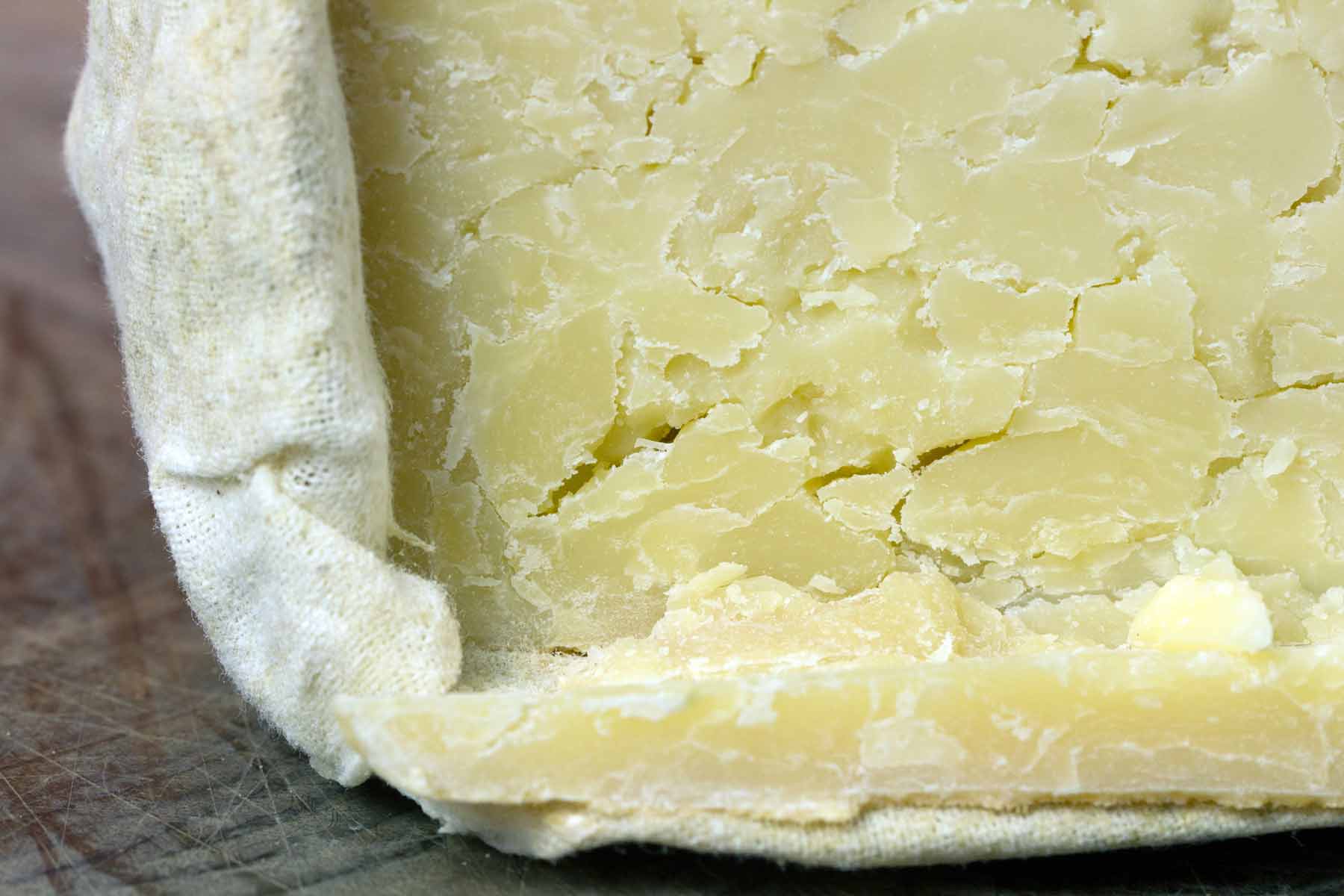 Isle of Mull Cheese is hard enough to be grated.

Jeff Reade and his wife Chris bought Sgriob-ruadh Farm in 1981, moving there from Somerset, England. They started making Isle of Mull Cheese in 1985 while also still primarily relying on sales of fluid milk. The cheese used to be matured at the Tobermory distillery.

By 1999, the farm had acquired its own cheese cellar at the front of the buildings.

Jeff Reade died in April 2013. [6]”ISLE of Mull cheddar creator Jeff Reade may have passed away in April but the British Cheese Awards are keeping his memory alive by launching a prize in his honour.” — Askeland, Erikka. RBS: Strachan released after a ten–year stretch. Edinburgh, Scotland: The Scotsman. Monday, 1 July 2013. Accessed April 2022 at https://www.scotsman.com/business/rbs-strachan-released-after-ten-year-stretch-1569519

As of 2019, the company is owned and run by Gareth and Brendan, two sons of Jeff and Chris, as well as Brendan’s wife Shelagh. 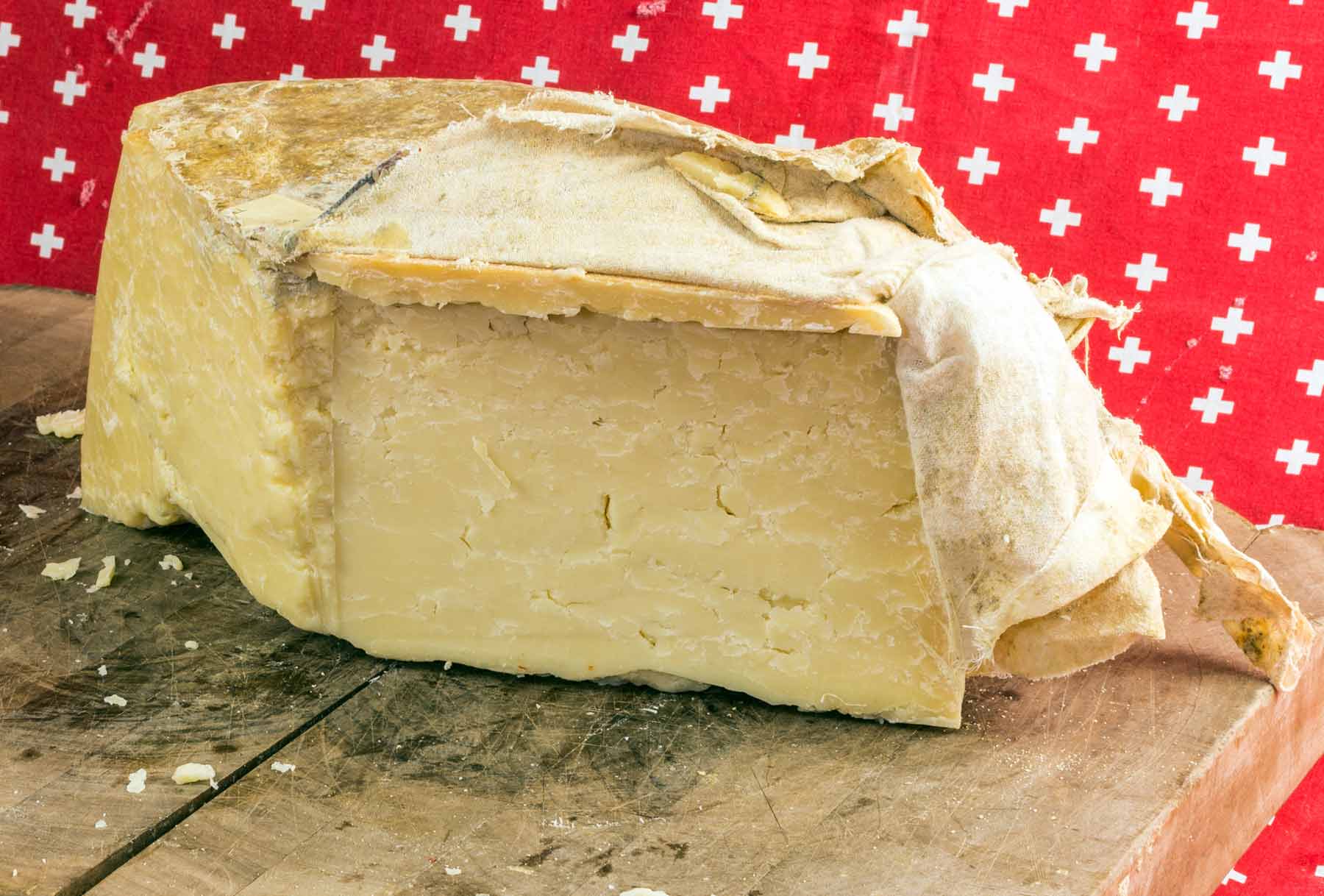 This web site generates income from affiliated links and ads at no cost to you to fund continued research · Information on this site is Copyright © 2022· Feel free to cite correctly, but copying whole pages for your website is content theft and will be DCMA'd.
Tagged With: Scottish Cheeses