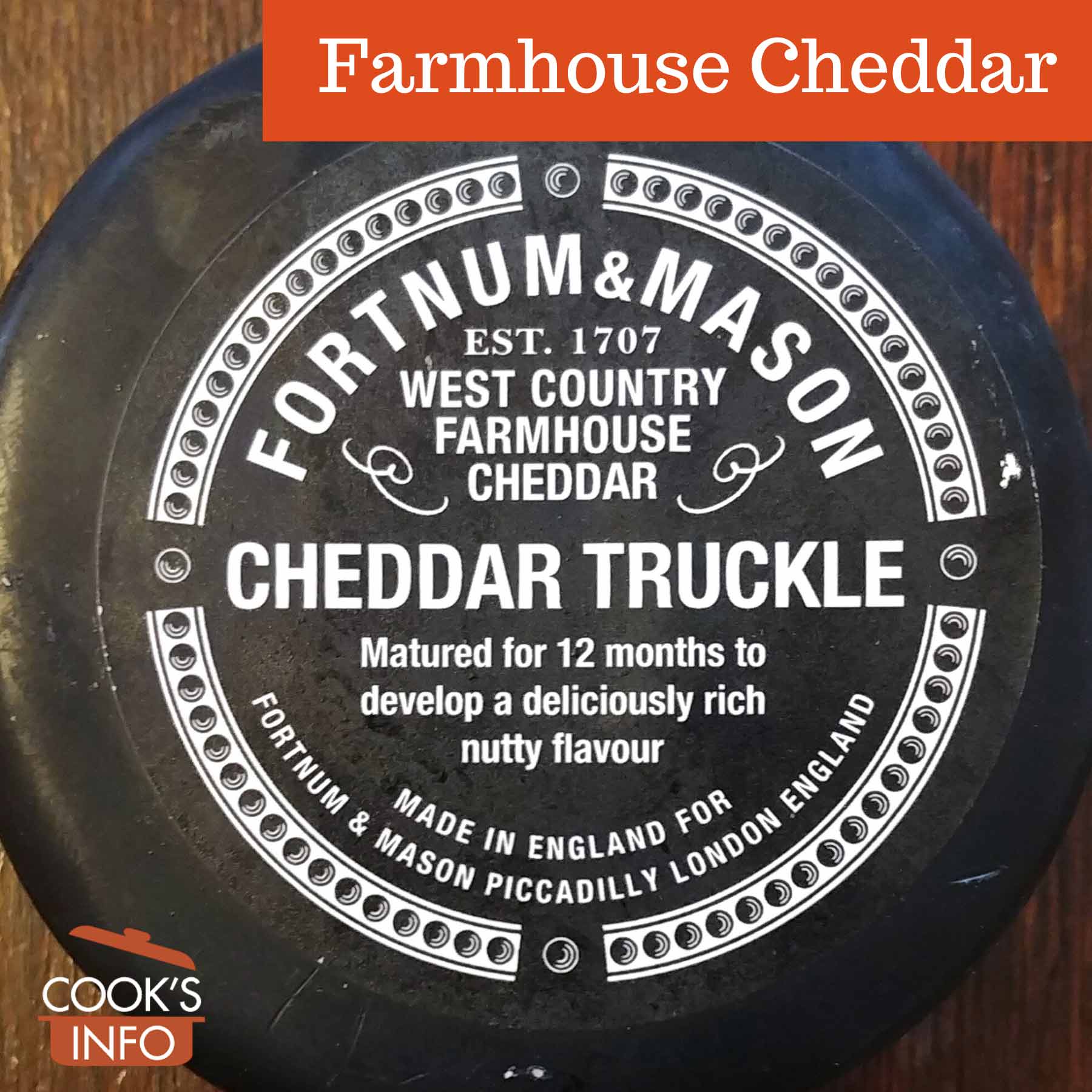 Farmhouse Cheddar is small-scale production cheddar made on a farm using milk from cows that are part of the herd on the farm where the cheese is being made.

To make the cheese, raw milk is used. Starter is added to the milk to increase its acidity. Then rennet is added to make the milk clot. When the milk has clotted, the curd is cut and heated, letting the whey drain off. The curd is stirred, then cut into large chunks, then pressed to squeeze the last of the whey out. This is called the “cheddaring” process. The curd is let stand overnight, then cut, salted, wrapped in cloth (such as muslin) and dipped in wax.

Farmhouse Cheddar is lightly salted with a crumbly texture and creamy taste. The cheese will be a dark yellow or amber. The cheese was traditionally eaten after two months. Now, ripening periods of at least 3 months and up to 10 months are common to develop a sharper flavour. The cheeses are able to “breathe” well while aging, because they are wrapped in cloth, unlike factory-produced cheese, which is wrapped in plastic which doesn’t allow the cheese to breathe.

Pieces of the cheese may later be wrapped in plastic for retail sale to consumers.

Isle of Mull Cheese is an example of a Farmhouse Cheddar.