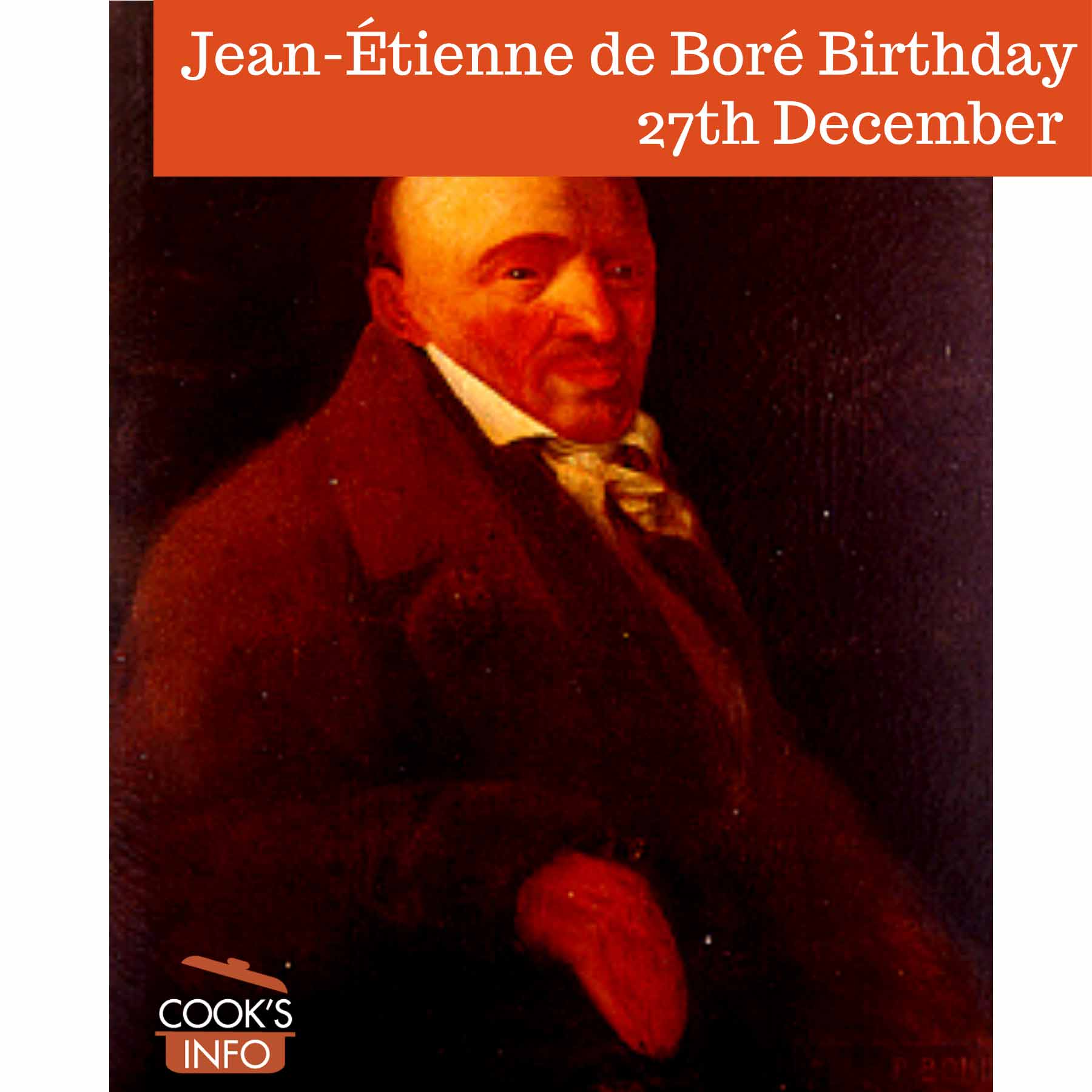 The 27th of December is the birthday of Jean-Étienne de Boré, the man who first produced granulated sugar.

He grew sugar on a plantation in what is now Audobon Park in New Orleans, Louisiana.

Jean-Étienne had luck in producing granulated sugar the very first time he tried in 1795.

He was able to 100,000 pounds (45,000 kg) of granulated sugar, as well as molasses as a byproduct, and turned a tidy profit in his very first year of making it.

Note, though, that the granulation process itself was actually invented by Norbert Rillieux, a local free man of color who worked for Boré.