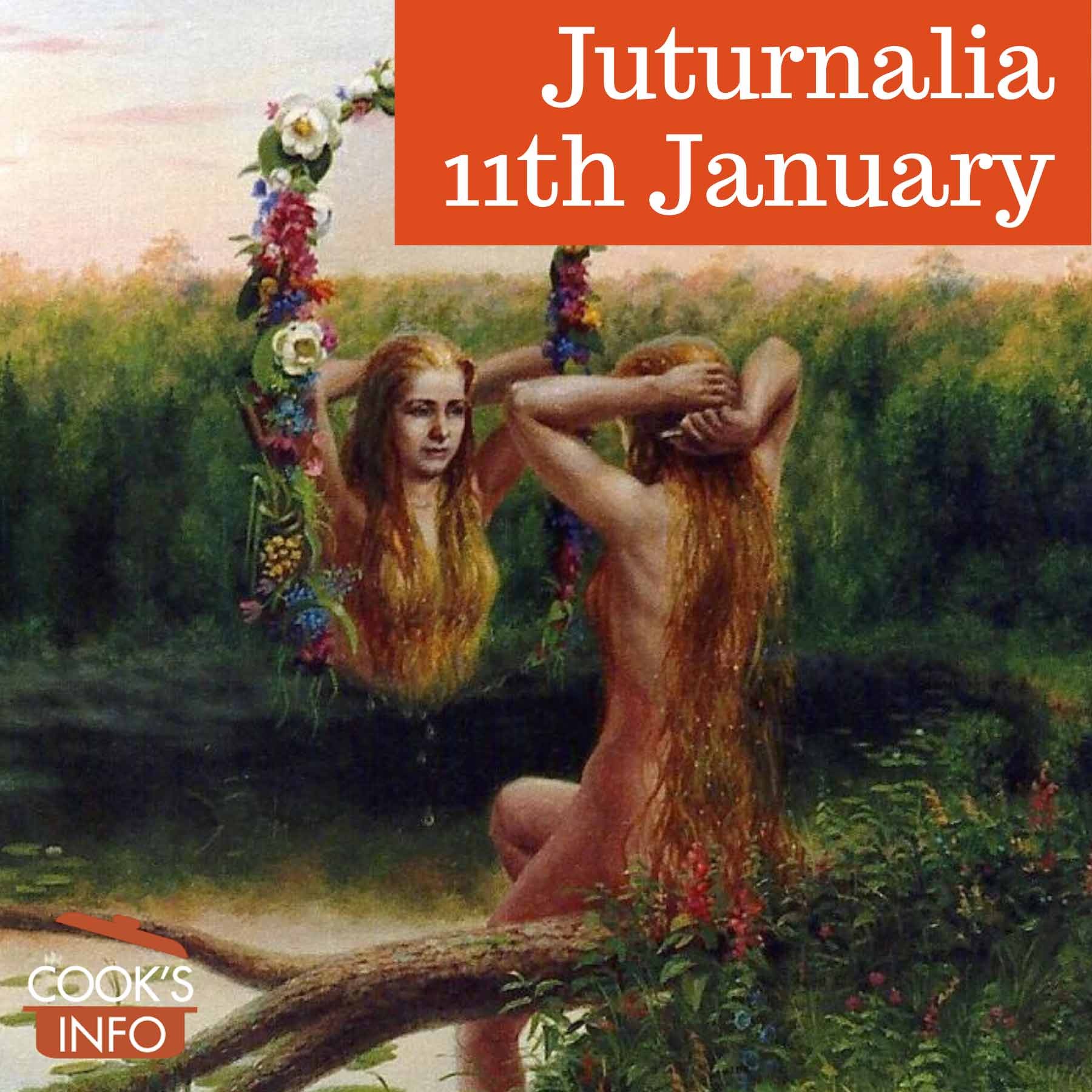 The 11th of January is the Juternalia, a water festival holiday in honour of Juturna.

Juturna was the goddess of fountains in Rome. Some stories say she was turned into a water nymph by Jupiter. There were many water nymphs who were each “assigned” to a specific body of water in Rome, but she was overall goddess of all the wells, fountains and springs in the city.

The Juternalia was a Roman festival of water to honour her held by the people who maintained the fountains and aqueducts of Rome.

These people were called the “fontani“. In Rome, there was a government department called the “Statio Aquarum” that managed and directed all their work done to maintain aqueducts, piping, fountains, etc. — anything to do with the public water supply.

There was a spring of water near the temple of Vesta in the Roman forum [1]The original Roman forum, as opposed to the imperial ones later built.. The water from this flowed into a pool of water called the “Lacus Juturnae” (the pool of Juturna). The waters were thought to have healing properties.

A small shrine was erected at the spring. Inside the shrine there was a statue of her. 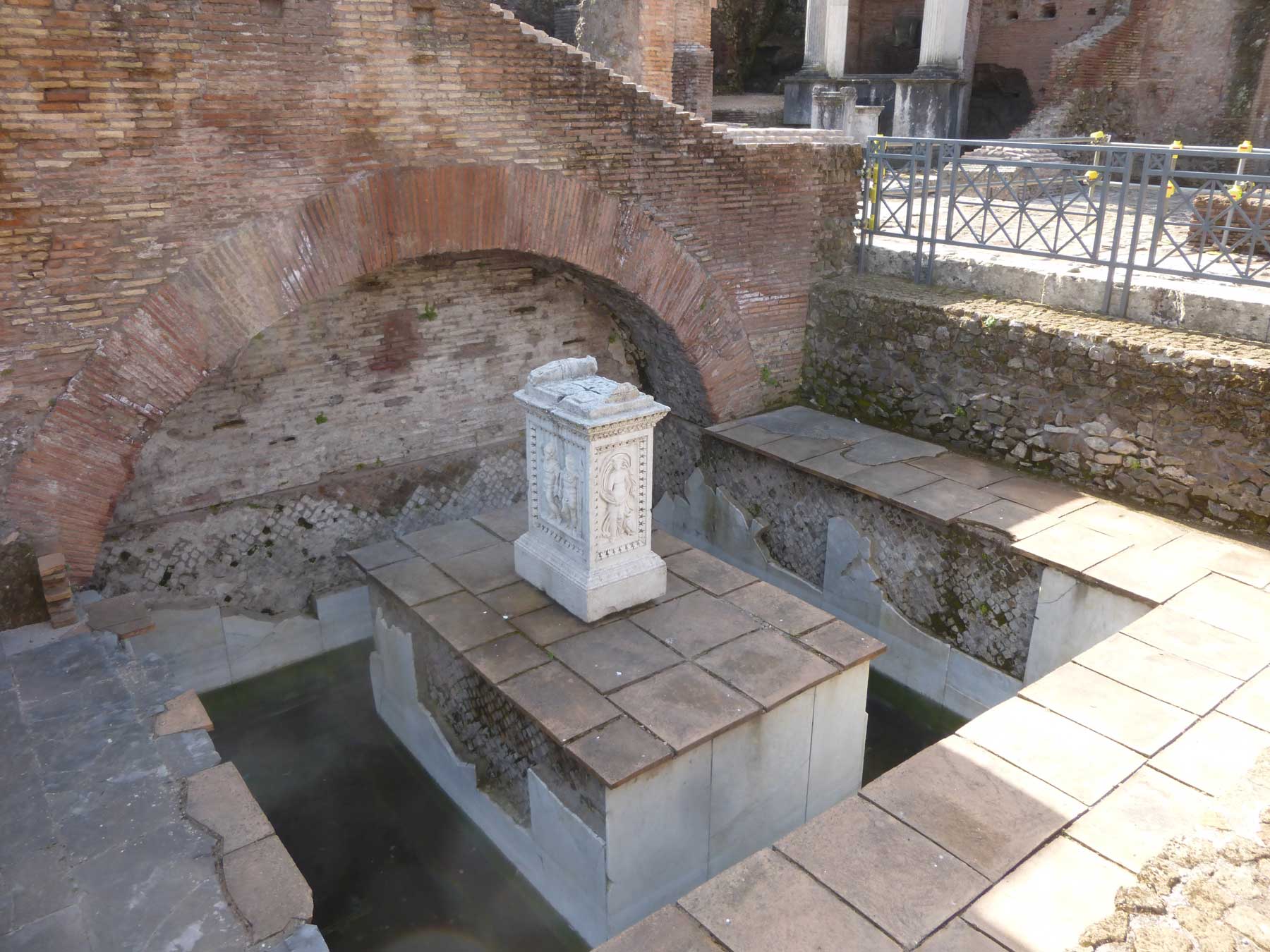 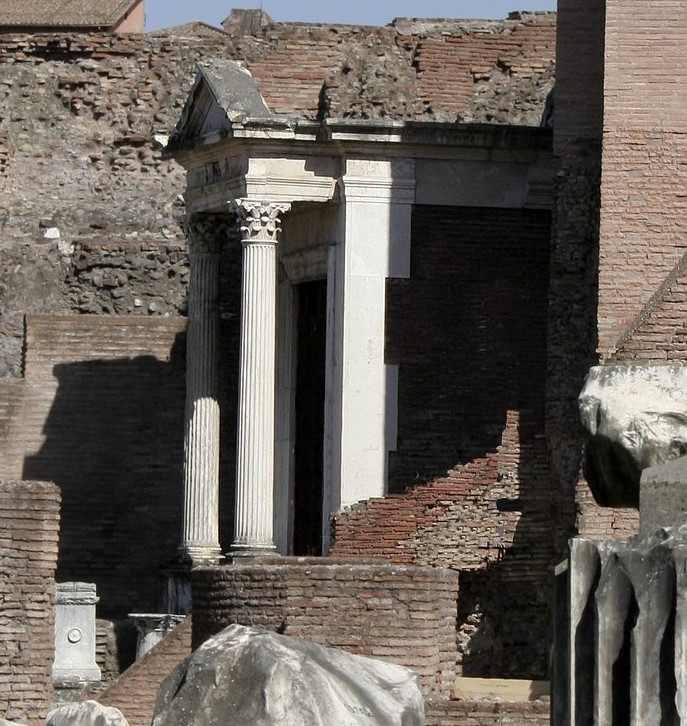 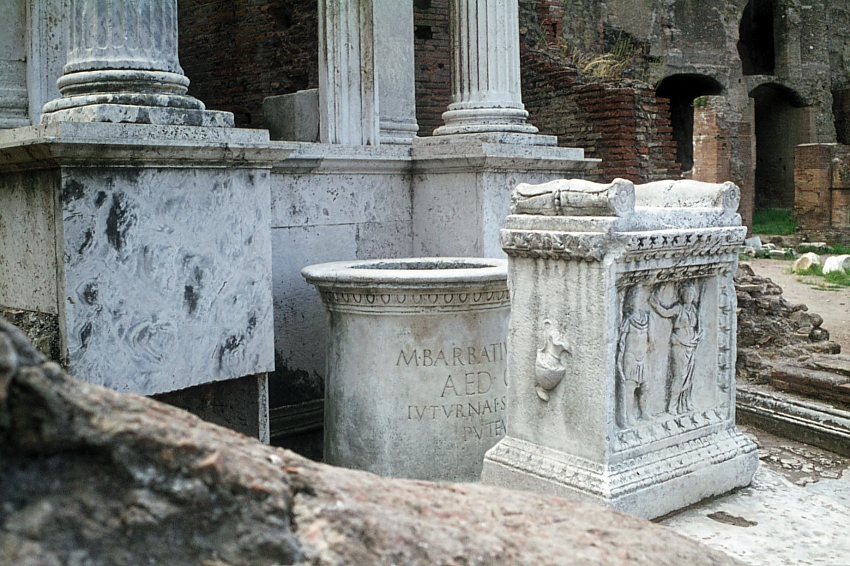 A temple in the Campus Martius was also dedicated to her.

The physical headquarters of the “Statio Aquarum” that looked after Rome’s water supply may have been in rooms next to this temple of Juturna. [2]Schram, Wilke, et al. Administration of the aqueducts. Roman aqueducts website. Accessed March 2021 at http://www.romanaqueducts.info/picturedictionary/pd_onderwerpen/administration.htm 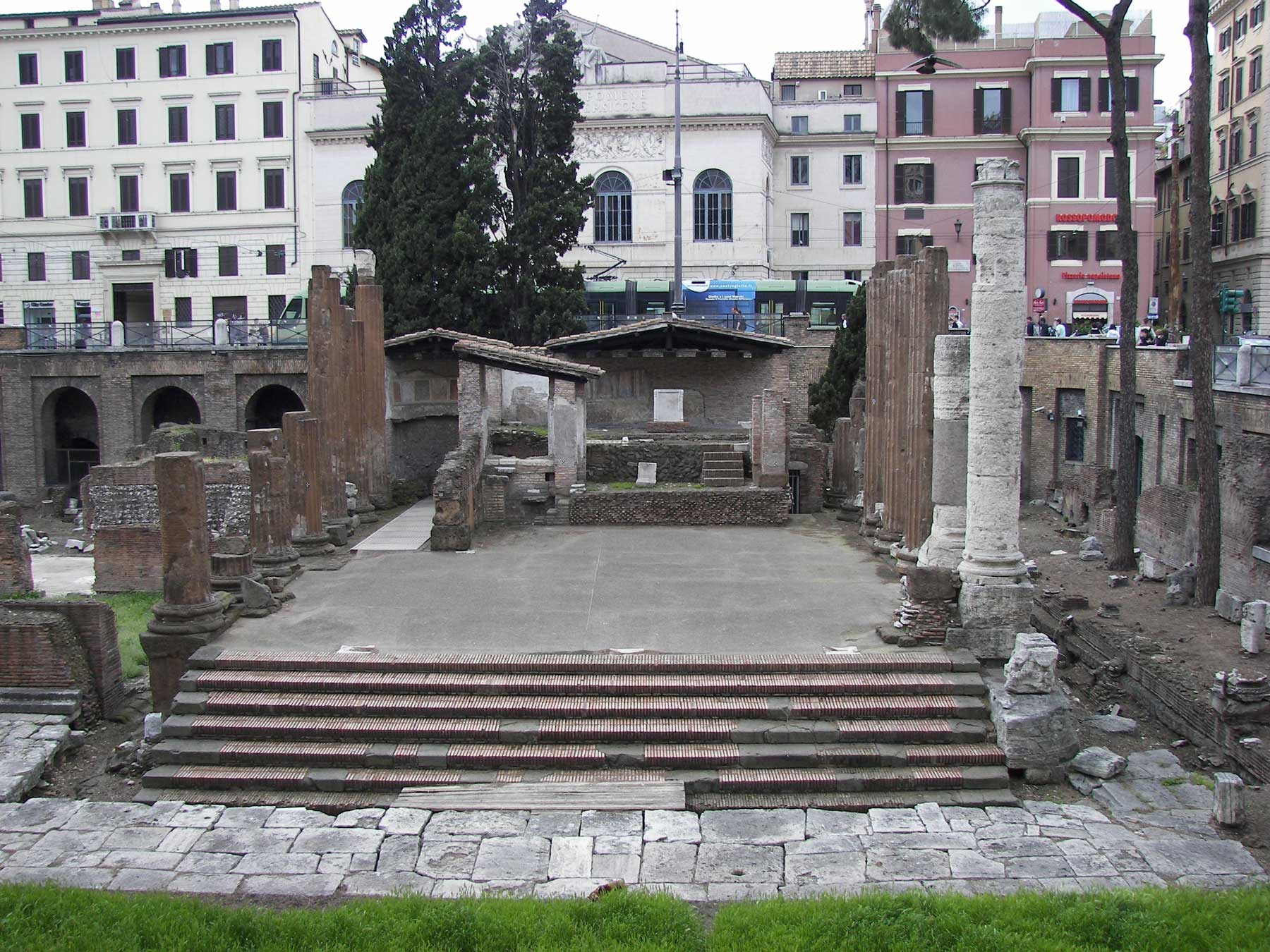 Temple of Juturna in Campus Martius (now Largo di Torre Argentina). The headquarters of Rome’s water workers may have been next to this temple. Wknight94 / wikimedia / 2008 / CC BY-SA 3.0

A well in Lavinium, Latium, was also sacred to her.

Today, Juturna Lake in Antarctica is named after her.

Her name is also transliterated into English as Diuturna and Iuturna.

Juturna in: A Dictionary of Greek and Roman biography and mythology
William Smith, Ed. London: Taylor, Walton, and Maberly. 1870.

This web site generates income from affiliated links and ads at no cost to you to fund continued research · Information on this site is Copyright © 2023· Feel free to cite correctly, but copying whole pages for your website is content theft and will be DCMA'd.
Tagged With: Roman Food, Roman Holidays