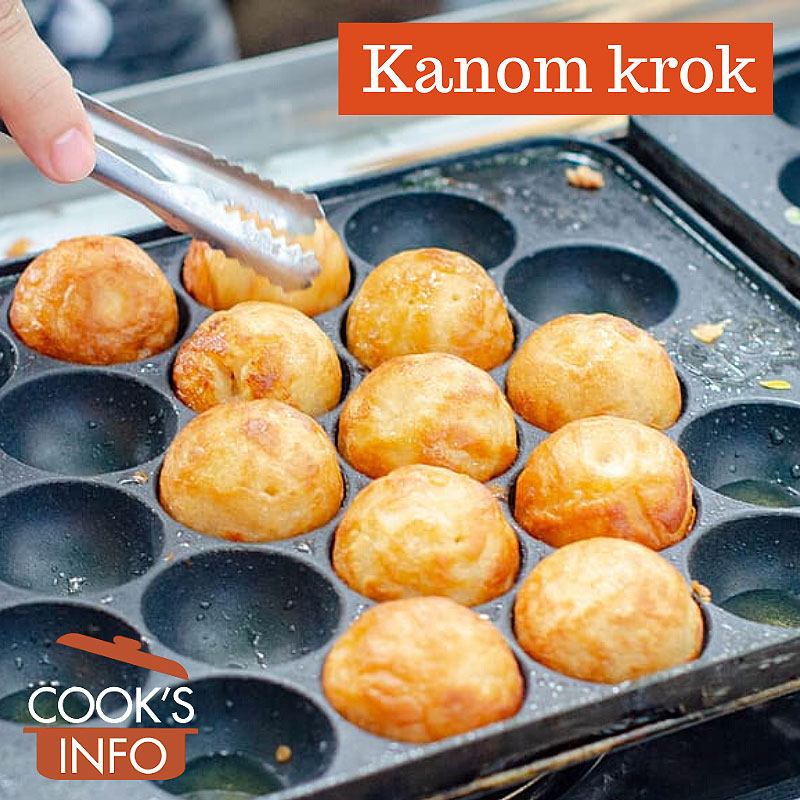 Kanom krok are puffed cakes cooked in pans in Thailand. They are very small, about 2 to 3 cm (1 inch) wide. They are crispy on the outside, soft on the inside.

They can be savoury or sweet. They are eaten at breakfast and for snacks.

The batter is made from rice flour and coconut milk.

They are topped with a sweet coconut cream mixture, plus a savoury topping such as shrimp, chiles, caramelized peanuts, corn, chopped green onion, etc.

In markets, vendors cook them in special pans over charcoal burners. Many vendors have a secret ingredient that they also add — for some, it is a soft drink such as Sprite (sic.)

You cook then in a kanom krok pan, heating the pan and greasing the cups first before adding the batter. The pan should be hot enough that the batter will sizzle when put in. You fill each cup about two-thirds full because the batter will rise as it cooks, and cover the pan with a lid. 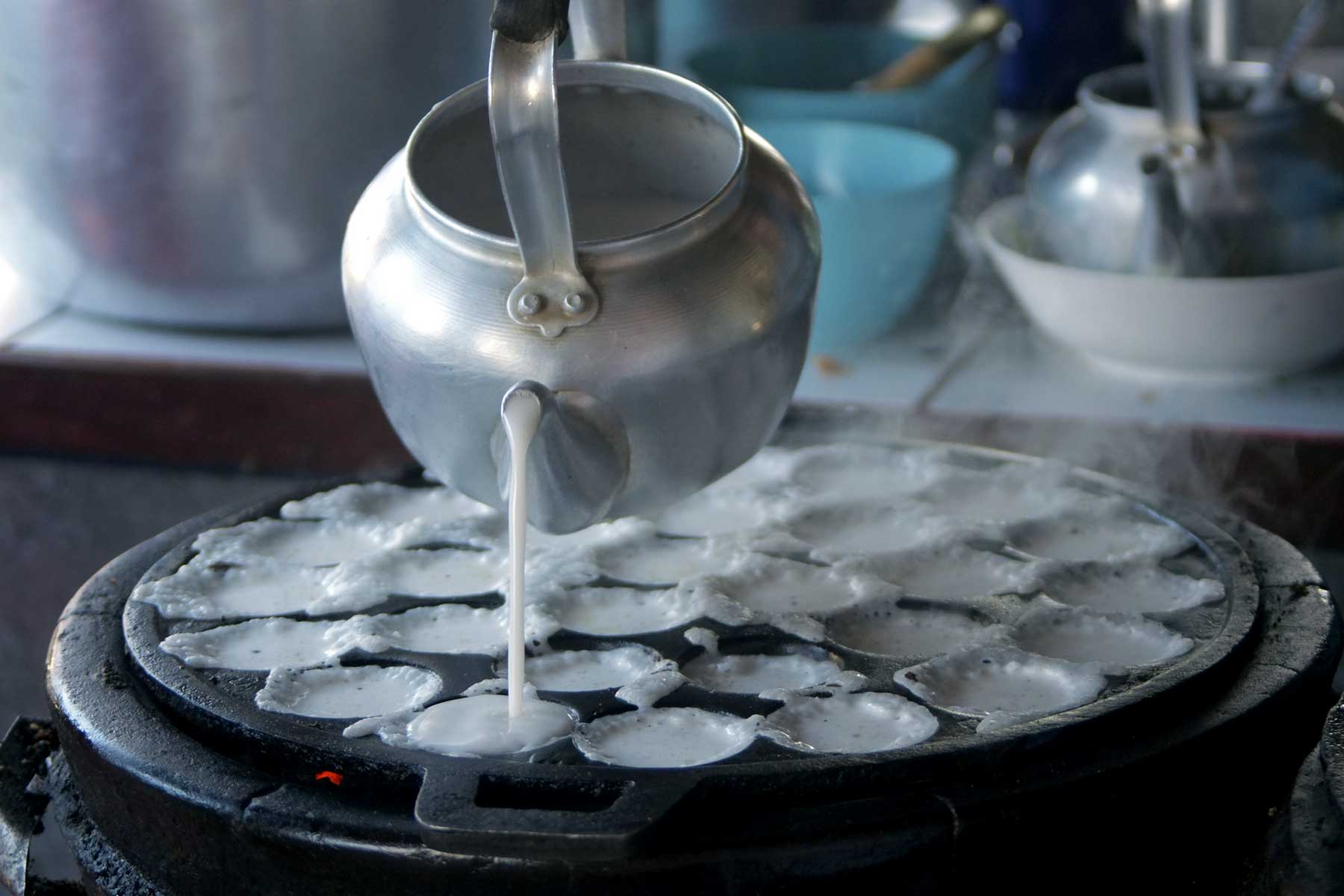 Kanom krok being poured. Ideally, the cups should be about two-thirds filled to allow room for rising. Ekkapop Sittiwantana / Pixabay.com / 2016 / CC0 1.0

Before the batter sets completely, you sprinkle any topping on. 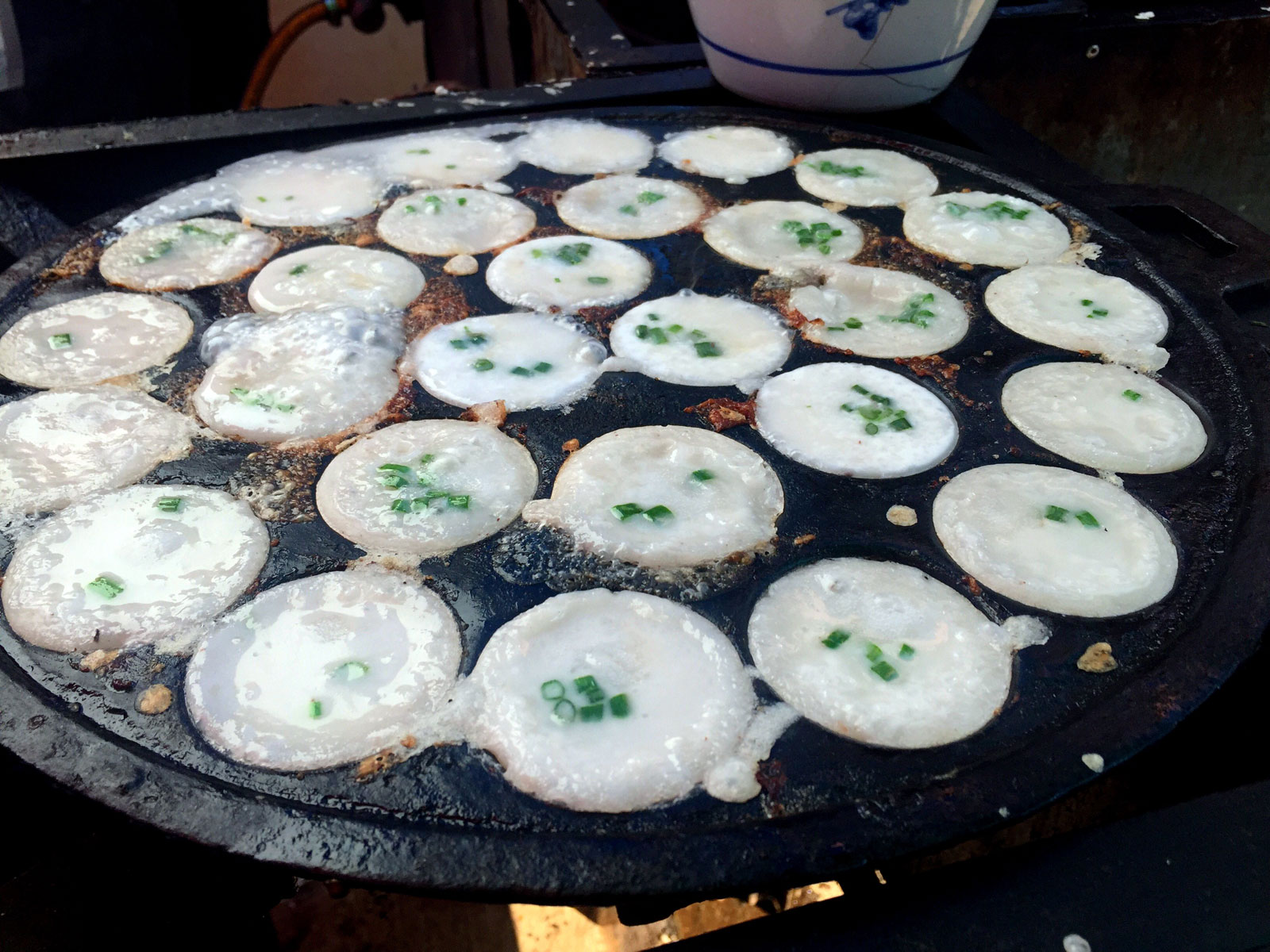 The batter cooks quickly. When they are half done, you use a skewer, a knitting needle or a bamboo stick to rotate them in the holes so that the uncooked top will be on the bottom and cook.

Two cooked halves are put together to make a full, round one.

They are similar to Danish aebleskivers.

Kanom krok are very inexpensive on the street, made fresh and sold by street vendors. They used to be sold wrapped up in a banana leaf; now they are put in styrofoam containers instead. 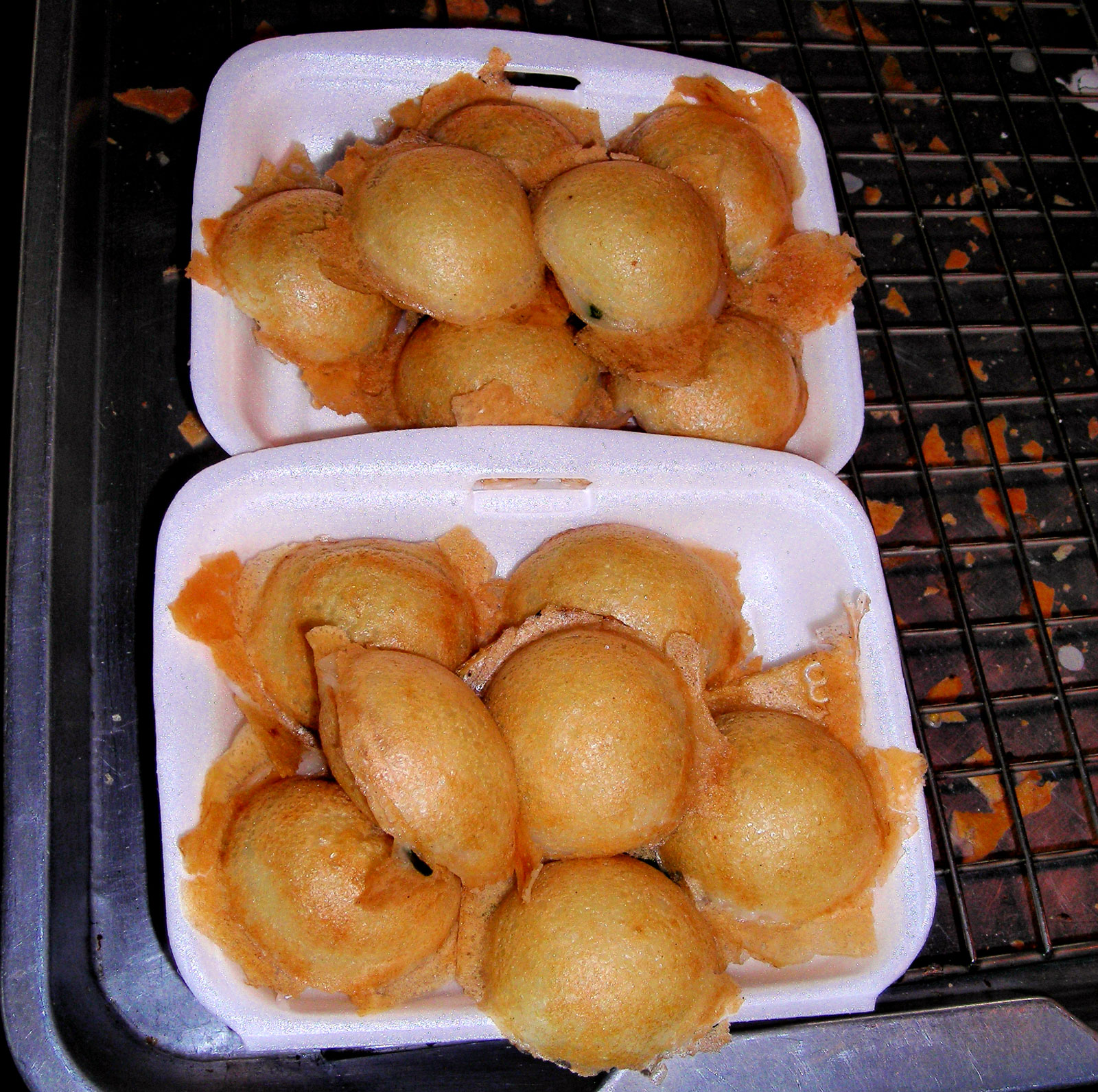 The word “kanom”, also spelled khanom, is placed at the beginning of the name of a dish to indicate the food item is a dessert or snack.

This web site generates income from affiliated links and ads at no cost to you to fund continued research · Information on this site is Copyright © 2022· Feel free to cite correctly, but copying whole pages for your website is content theft and will be DCMA'd.
Tagged With: Pancakes, Thai, Thai Food