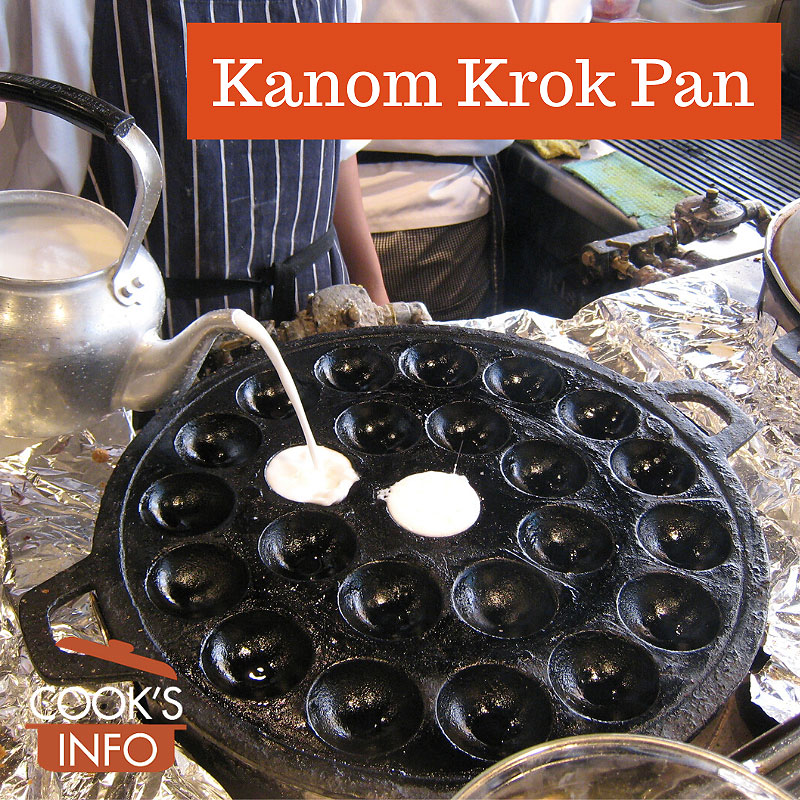 Kanom krok pans are large flat pans, often made of cast iron, with rounded cavities in them. They are used to make the fried Thai pastry know as kanom krok.

Various size pans have varying numbers of the round, semi-globular holes in them.

Street vendors making kanom krok for sale to passers-by or office workers will often have many large ones they work with.

To use, you put the pan put on top of a heat source, heat, oil the cavities, and then fill the cavities with batter to cook.

You then cover the batter while it is cooking. Some cooks use one large lid for the whole pan; others use small separate lids for each cavity. 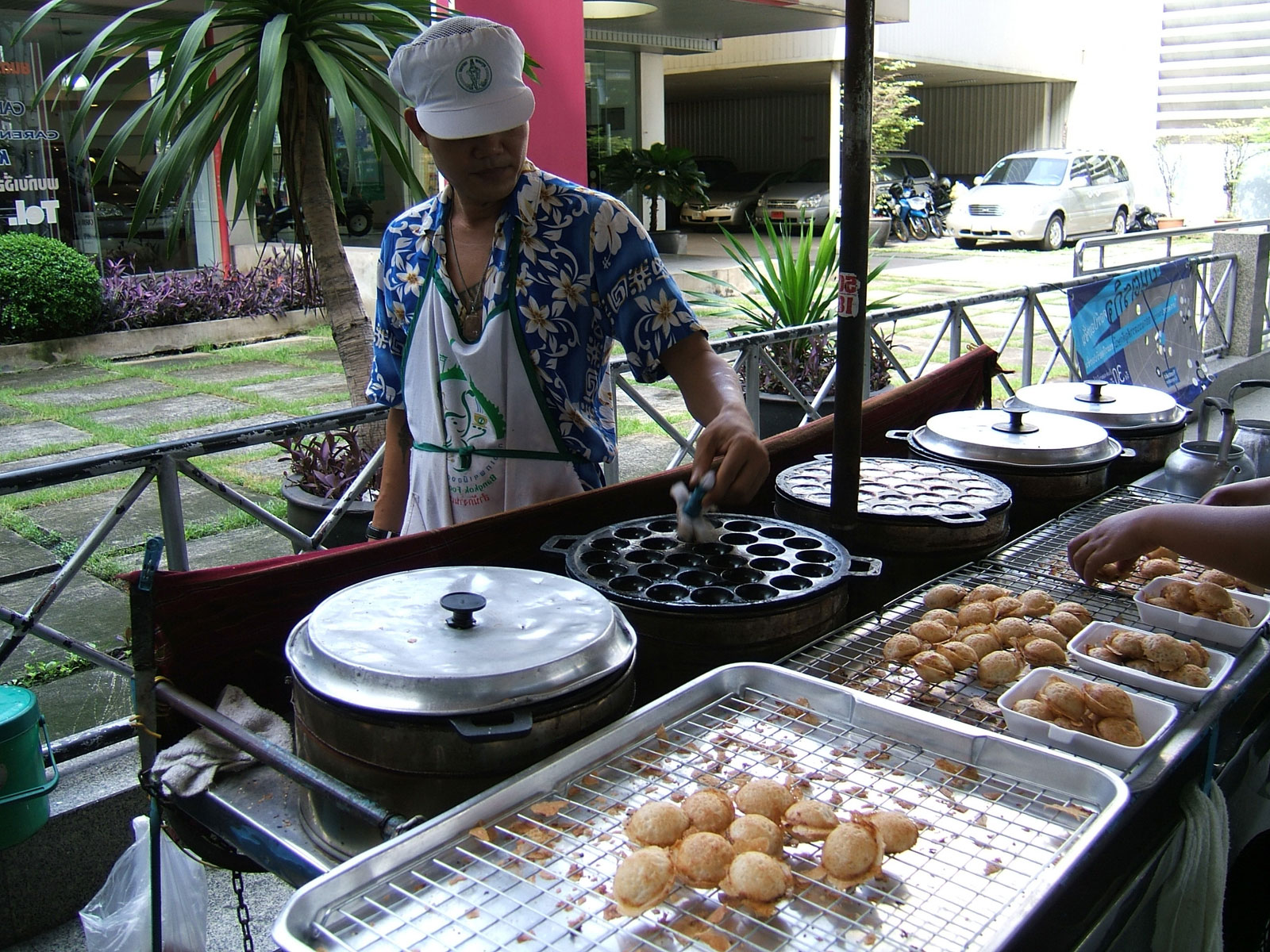 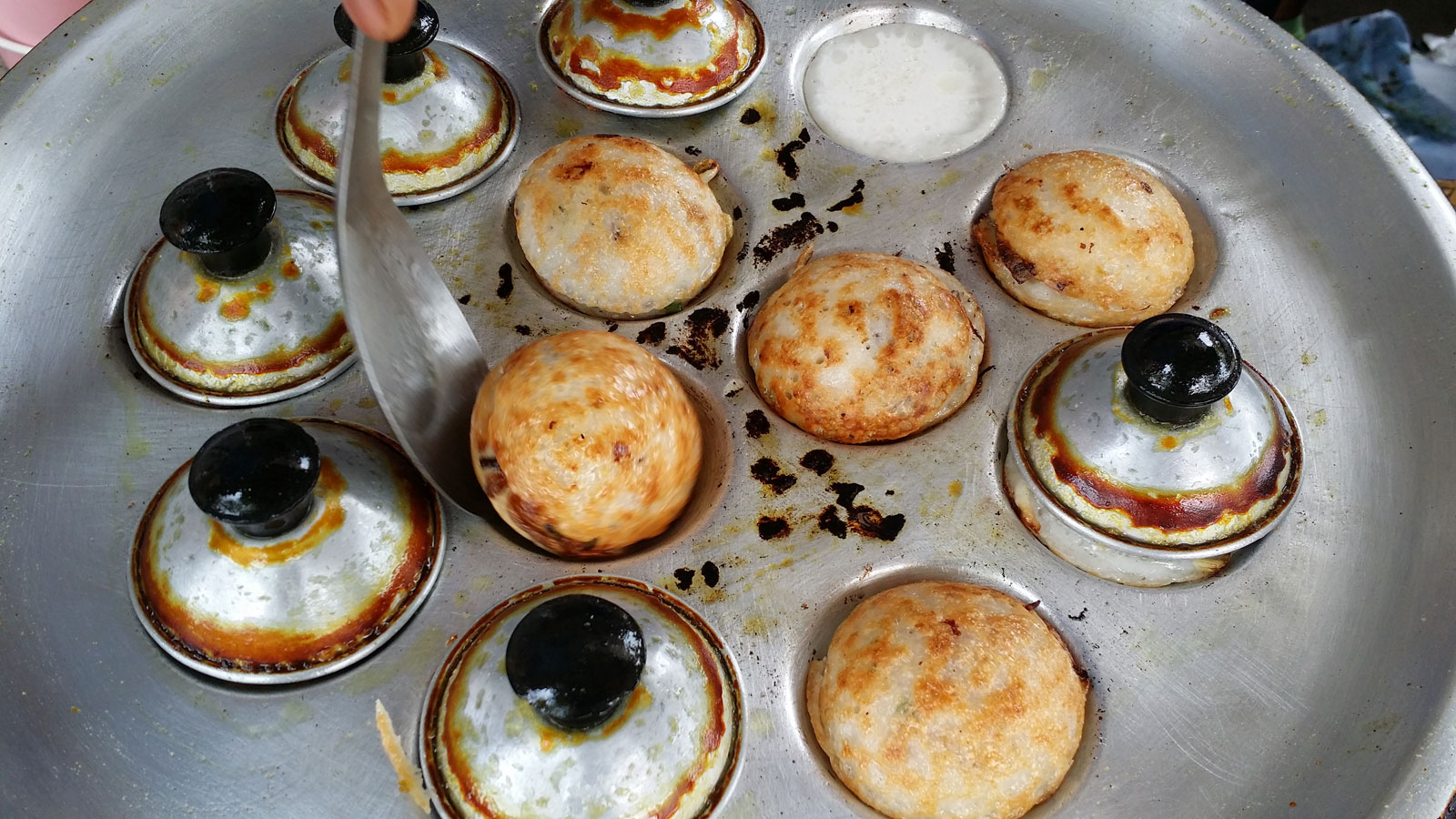 Toy versions of the pans with small holes are made for girls to play with. They use them over sterno cans as the heat source.

For more information on the use of the pans, see the entry on kanom krok.

Many theories abound about Danish missionaries bringing the idea for such a pan back to Denmark, or conversely, taking the idea to Thailand. 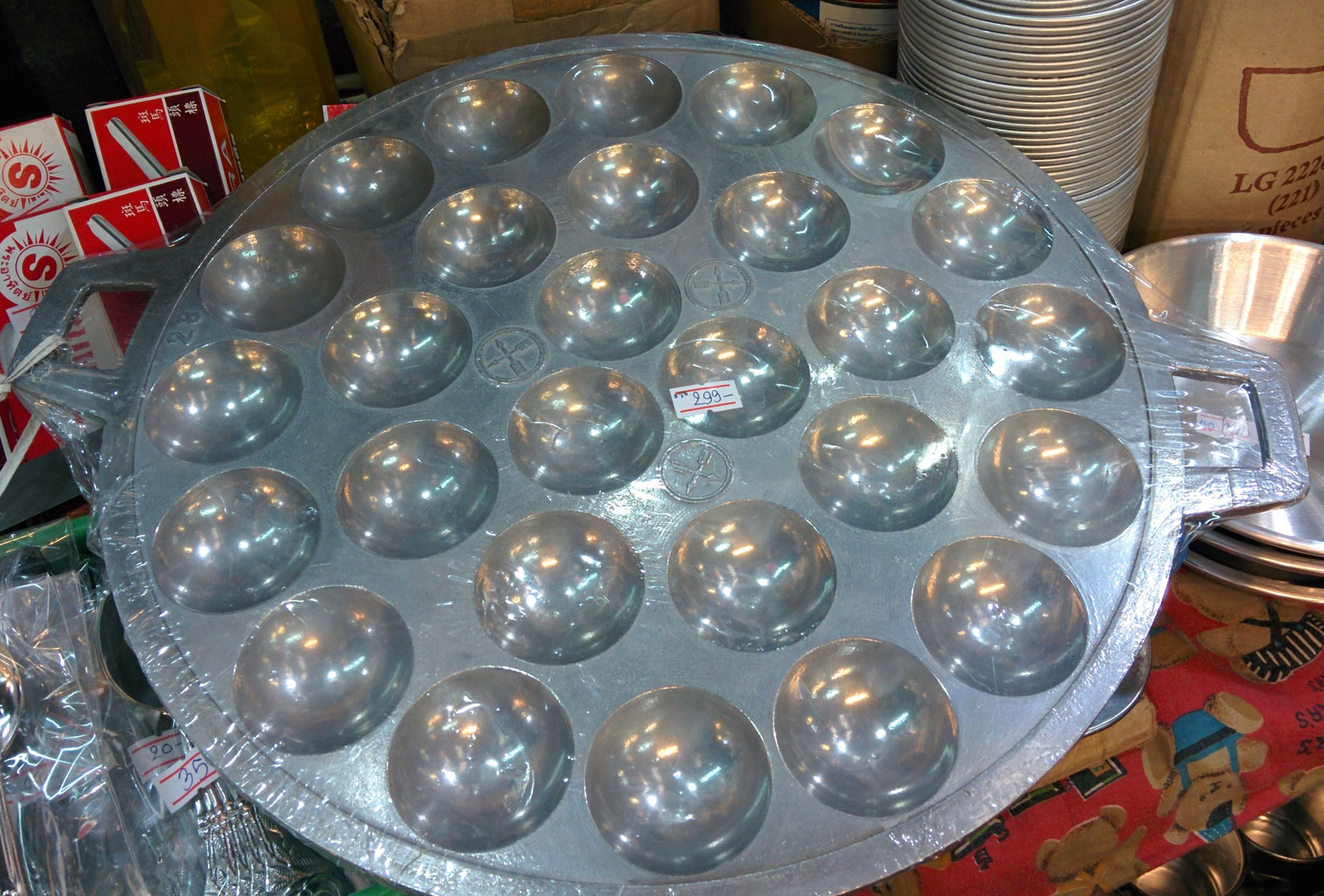 This web site generates income from affiliated links and ads at no cost to you to fund continued research · Information on this site is Copyright © 2022· Feel free to cite correctly, but copying whole pages for your website is content theft and will be DCMA'd.
Tagged With: Pans, Thai Food