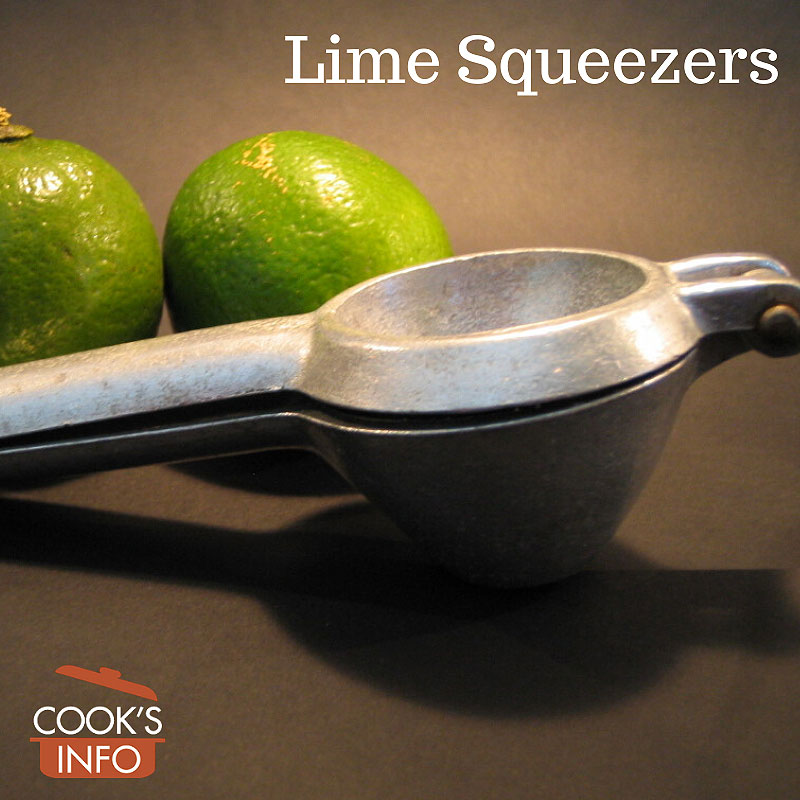 A lime squeezer (aka citrus press) is a squeeze mechanism that you work in one hand by pressing firmly in on two handles.

You place half a lime in the squeezer end, which has drain ends in it for the juice to flow out, while holding seeds and pulp back.

Lime squeezers generally come in either plastic or polished metal. Some are made of aluminum, with a baked-on finish making them dishwasher safe. Aluminum ones with no finish on them need to be handwashed.

Mexican ones are made out of cast aluminium (though some plastic ones are now appearing), and are designed to get maximum juice extraction by literally turning the half of a lime inside out. The squeezer end is like two bowls; one has holes in it. You place the cut side of the half of lime in the half that has holes in the bowl, facing down on the holes, rounded side up. The other half is convex. As you press the convex half down on the rounded side, it turns the lime inside out.

Ones with longer handles are better; they give you better leverage.

Lime squeezers are popular for use at bars and home bars. You can also use them with other smaller-sized citrus fruits. 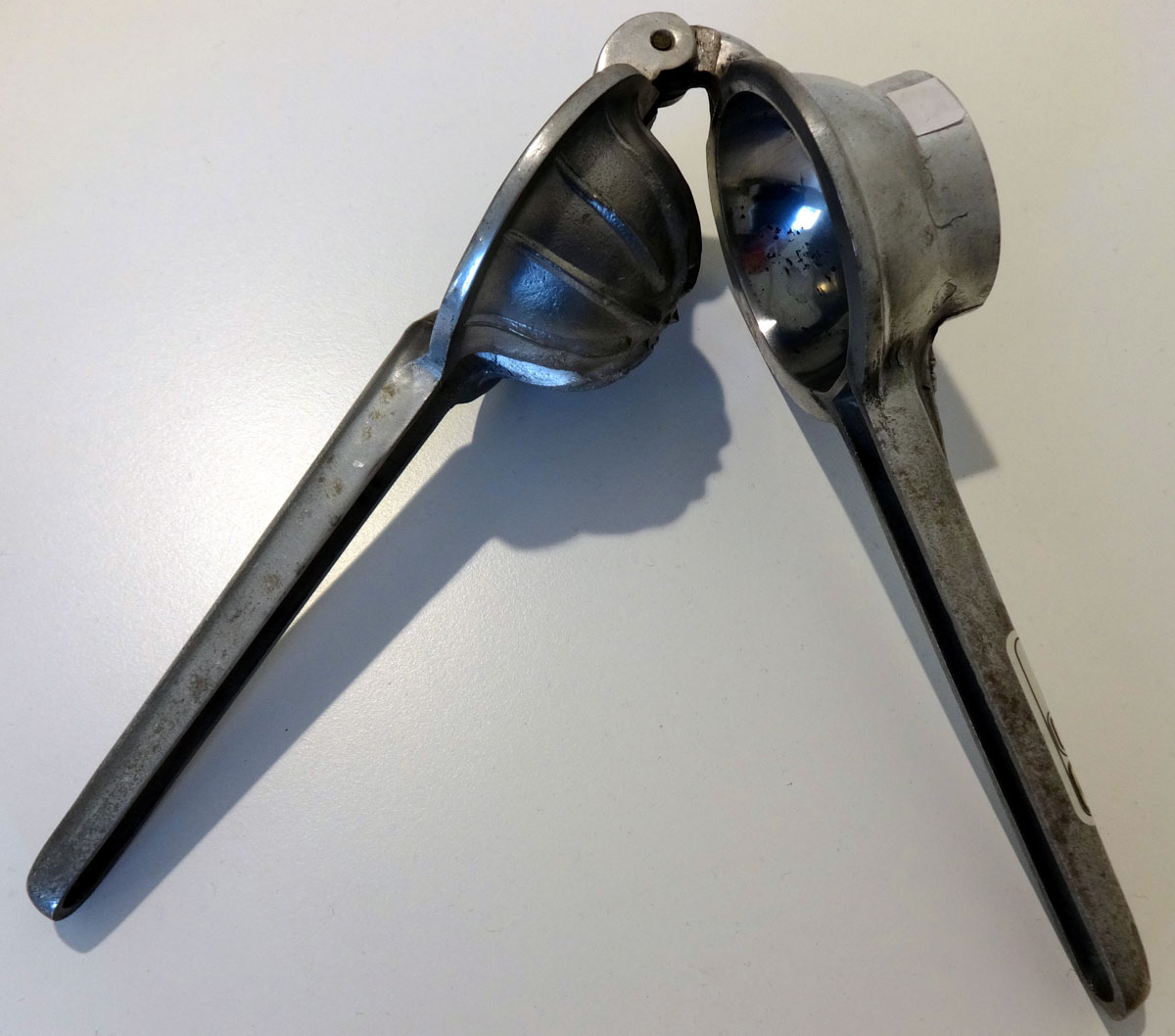 For maximum juice, roll the citrus fruit on the counter first, or zap it a few seconds in the microwave. 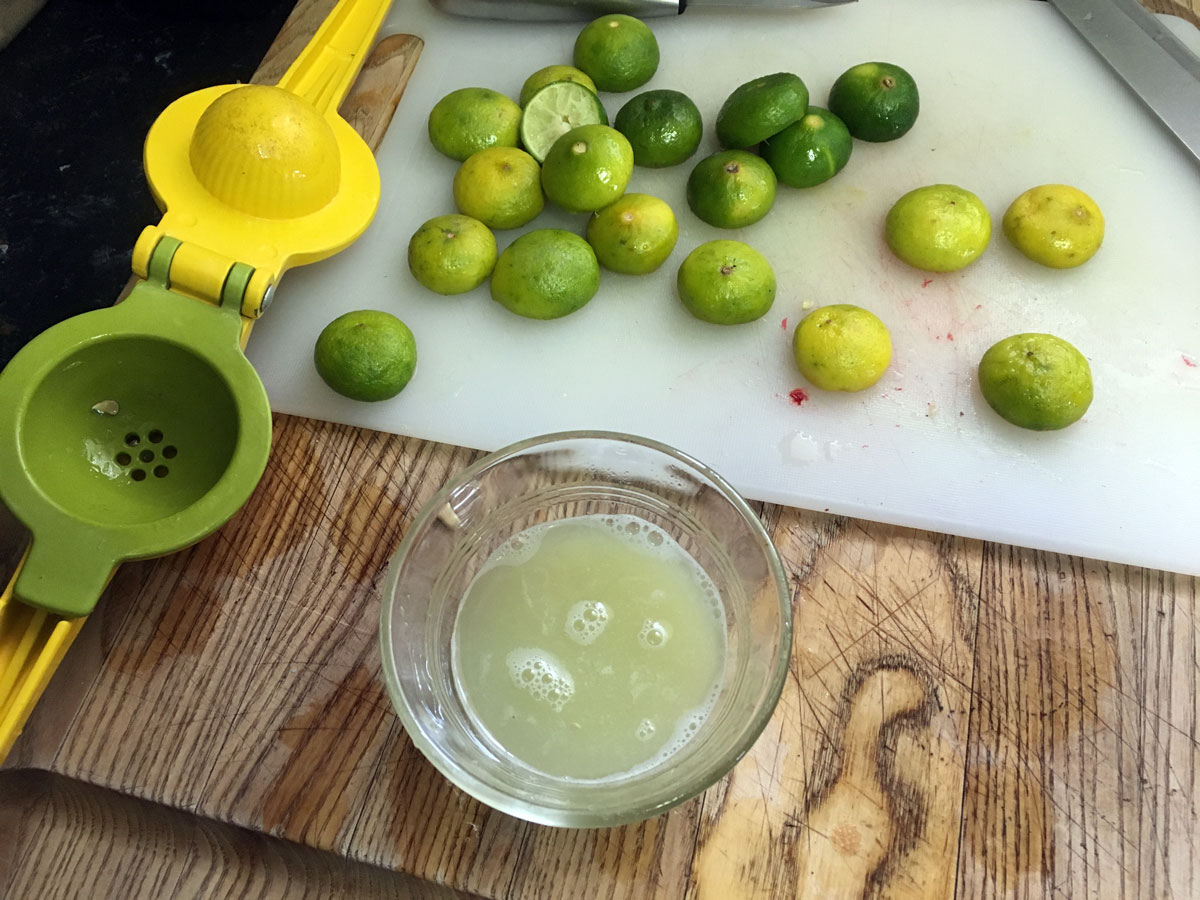 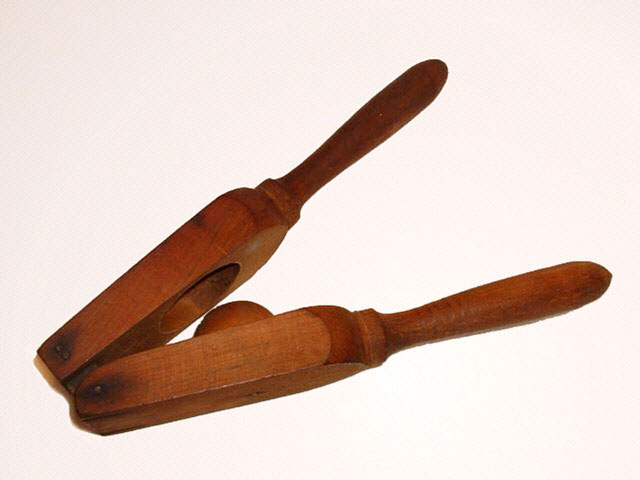 This web site generates income from affiliated links and ads at no cost to you to fund continued research · Information on this site is Copyright © 2022· Feel free to cite correctly, but copying whole pages for your website is content theft and will be DCMA'd.
Tagged With: Juicers, Limes