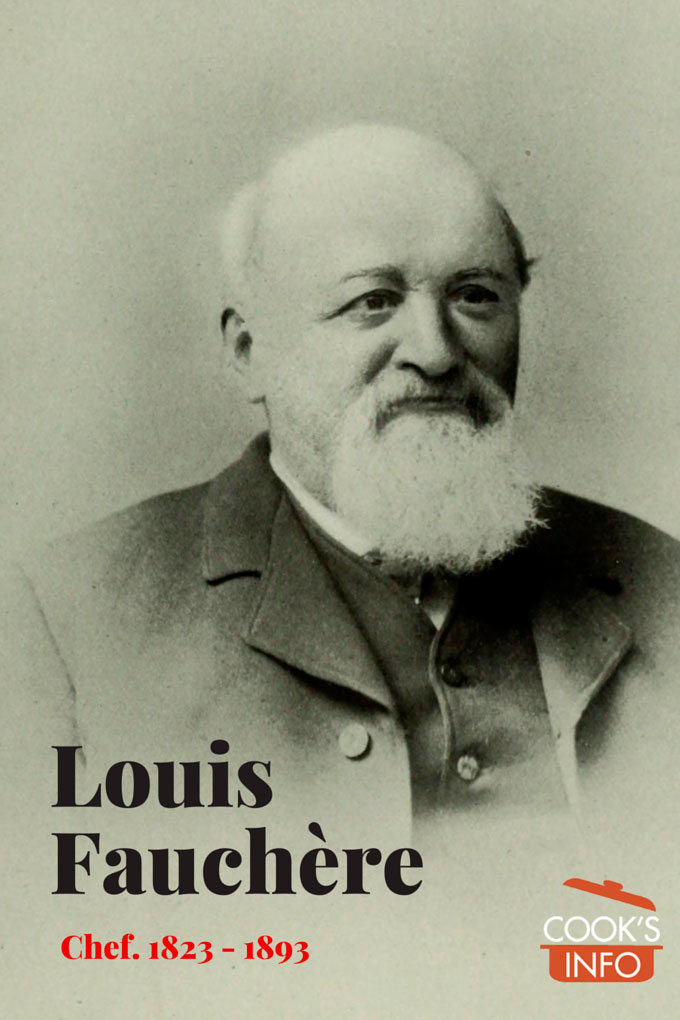 Louis Fauchère was a chef at Delmonico’s restaurant in New York in the mid-1800s.

He came to America with his family in 1851, and began working at Delmonico’s Restaurant at 2 South William Street in New York under “chef de cuisine” Alessandro Filippini on 2 June of that same year.

In 1852, a relative of his wife’s, who had also come to America, opened a hotel called “The French Hotel” (aka “Van Gorden and La Bar”) on Broad Street in Milford, Pennsylvania.

In the summers, Fauchère would follow his rich customers to summer hotels such as the Grand Union Hotel in Saratoga, New York, the Delavan House in Albany, New York, the Fort William Henry Hotel on Lake George, New York, and to his relative’s hotel in Milford.

Fauchère may have only worked at Delmonico’s for two years.

He signed his name, “Ls Fauchere.” 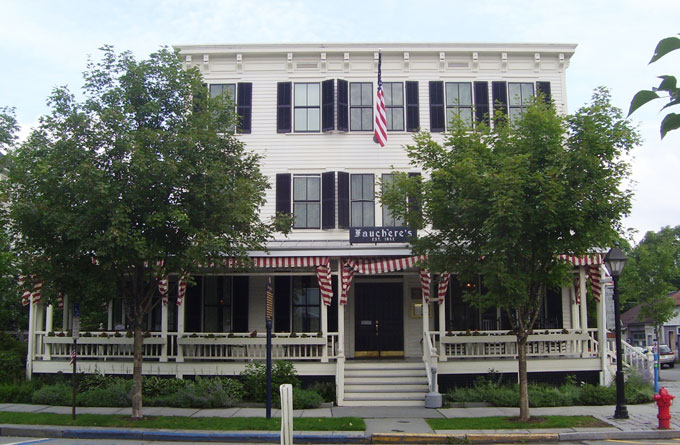 In 1867, at the age of 44, Fauchère purchased a hotel in Milford, Pennsylvania from his wife’s relatives, and moved there in March of that year. He renamed it to “Hotel Fauchère.”

Despite his possibly short time at Delmonico’s, he remained friends with the family. A house near to the hotel became known as “Delmonico’s Cottage” because the family would stay there when they came to visit Fauchère.

In 1892, Fauchère transferred ownership of the hotel to his daughter Marie.

The hotel stayed in the Fauchère family until 1976, when it was converted to office space. In 2006, it was reopened as a hotel, after 5 years of restoration work by Dick Snyder and Sean Strub.

Some say that it was actually at Hotel Fauchère that Lobster Newberg was created. Most evidence points, however, to its being created at Delmonico’s in New York, with Fauchère making and popularizing it at his hotel in Milford. 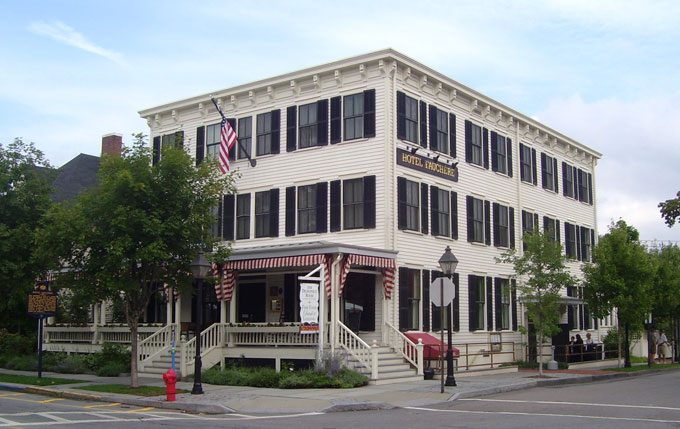 Strub, Sean. The Louis Fauchère Legacy. Retrieved 21 May 2007 from http://www.hotelfauchere.com/legacy/fauchere/fauchere.php

This web site generates income from affiliated links and ads at no cost to you to fund continued research · Information on this site is Copyright © 2022· Feel free to cite correctly, but copying whole pages for your website is content theft and will be DCMA'd.
Tagged With: Alessandro Filippini, American Food, Delmonico's Restaurant, Swiss Food