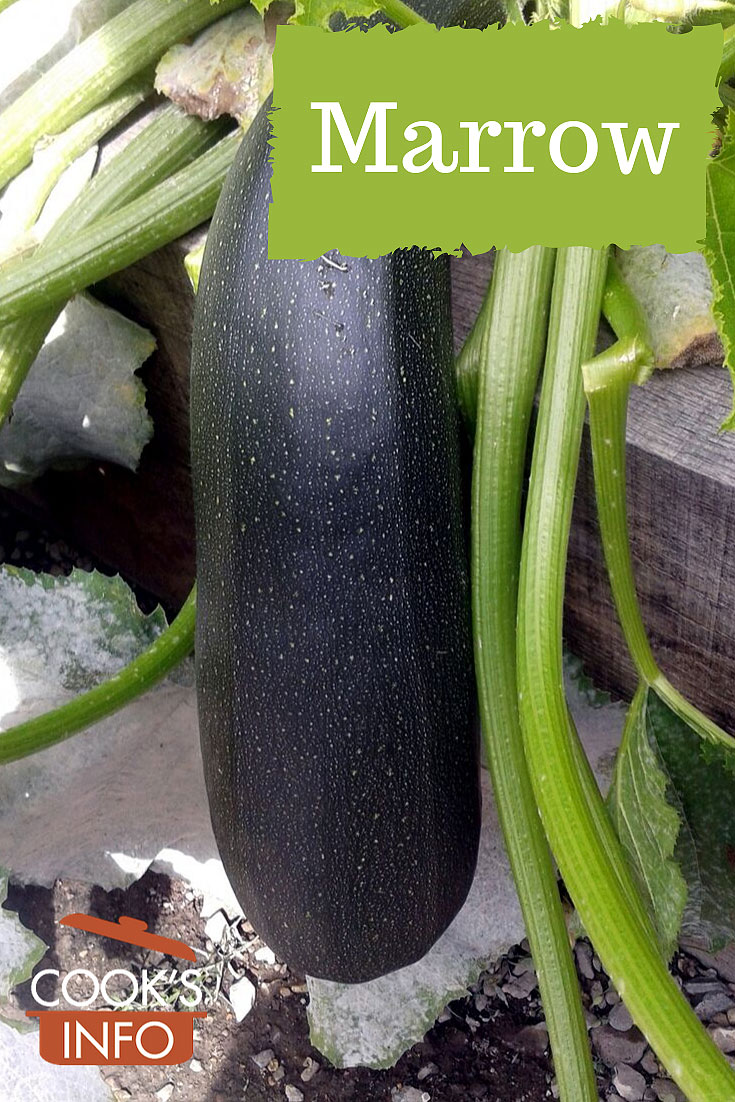 Marrow is a summer squash that looks like a long, fat, giant zucchini. They are always very large, and can grow to be as long as a watermelon.

Marrow skin is thicker than zucchini (aka courgette) skin, but very large zucchini (courgettes) are sometimes informally referred to as marrow. The skin is so thick it is often referred to as a rind. It is usually green, or green and yellow flecked.

Marrow are very popular in Britain and Ireland.

Culinary use of vegetable marrow 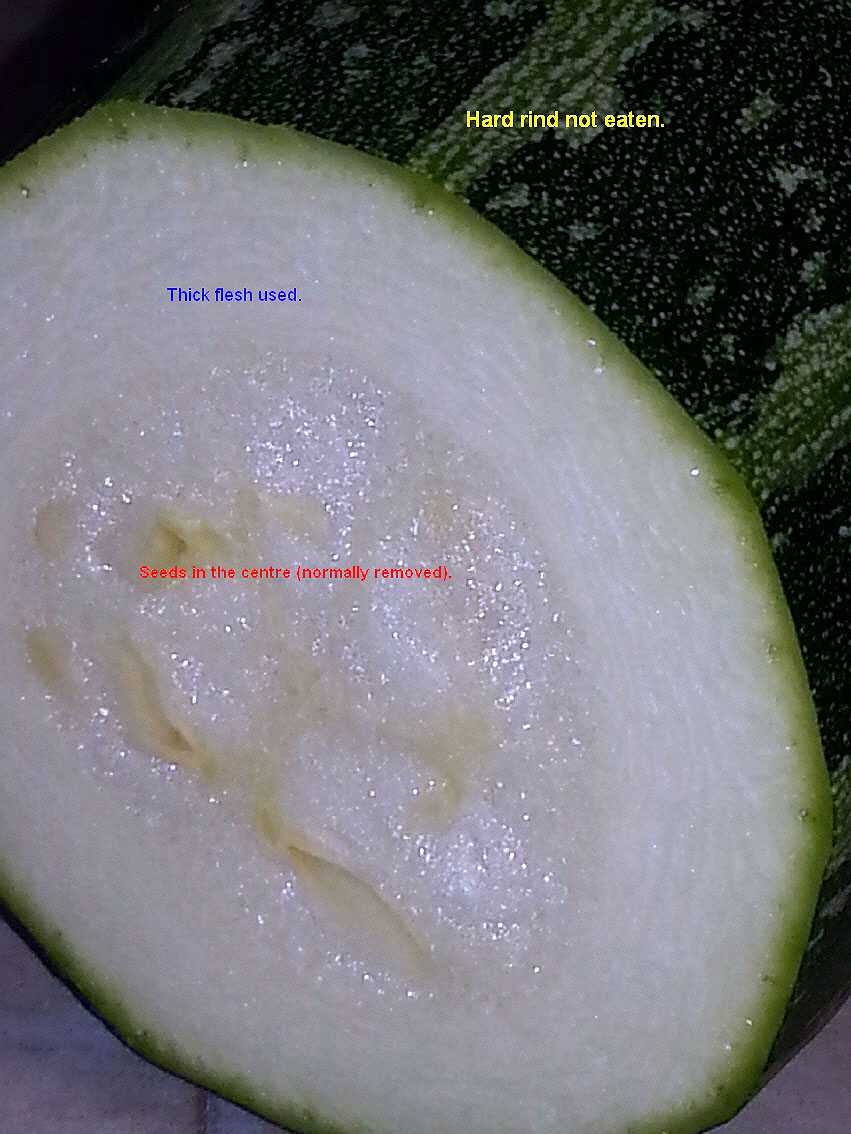 Inside the flesh is very white.

For best flavour and texture, marrow should be picked when they are between 20 to 30 cm (8 and 12 inches) long. At this age, the flesh will still be greeny-white, not as fibrous as more mature marrow, and the skin will still be edible if the marrow is cooked slowly or roasted.

However, marrow are commonly let grow to far, far bigger than that. The rind is peeled and discard, and the centre seed pulp area scraped out and discarded.

The vegetable is remarkable, some say, for its complete absence of flavour. Marrow is often cooked with a sauce, and stuffed as well. The sauce and the stuffing give it interest.

To roast a marrow, slice it in half length-wise. Scoop out the seeds. Scoop out as well the fibrous material that surrounds the seed cavity. Drizzle with oil, sprinkle with salt, and roast cut-side up, unpeeled and uncovered at 200 C (400 F) for 15 to 20 minutes for a marrow that weighs between 1 to 1.5 kg (2 and 3 pounds.) Cooking a marrow uncovered allows the marrow to roast, rather than steam, and for some of the moisture to evaporate concentrating the taste. 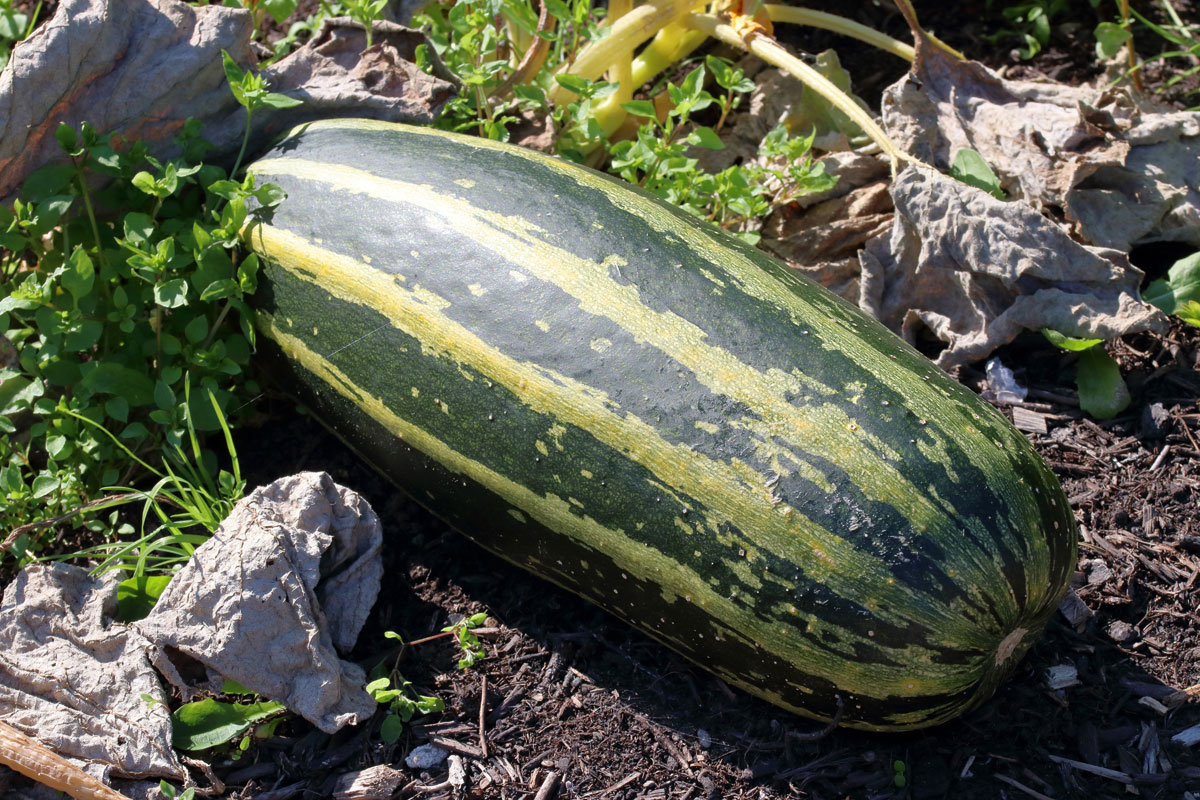 Marrow used to be more popular in North America. It was included in Charles Ranhofer’s 1894 recipe book, “The Epicurean”.

“You may have come across the classic recipe for marrow (‘Slice elegantly and then arrange — in the bin’)” Parle, Stevie. Courgette recipes: why it’s time to join the courgette set. London: Daily Telegraph. 13 July 2014.

Austin, Gareth. What’s the difference between a courgette and a marrow? 23 July 2010. BBC Dig in blog. Retrieved July 2014 from http://www.bbc.co.uk/blogs/legacy/digin/2010/07/gareth-austin-marrows-and-cour.shtml 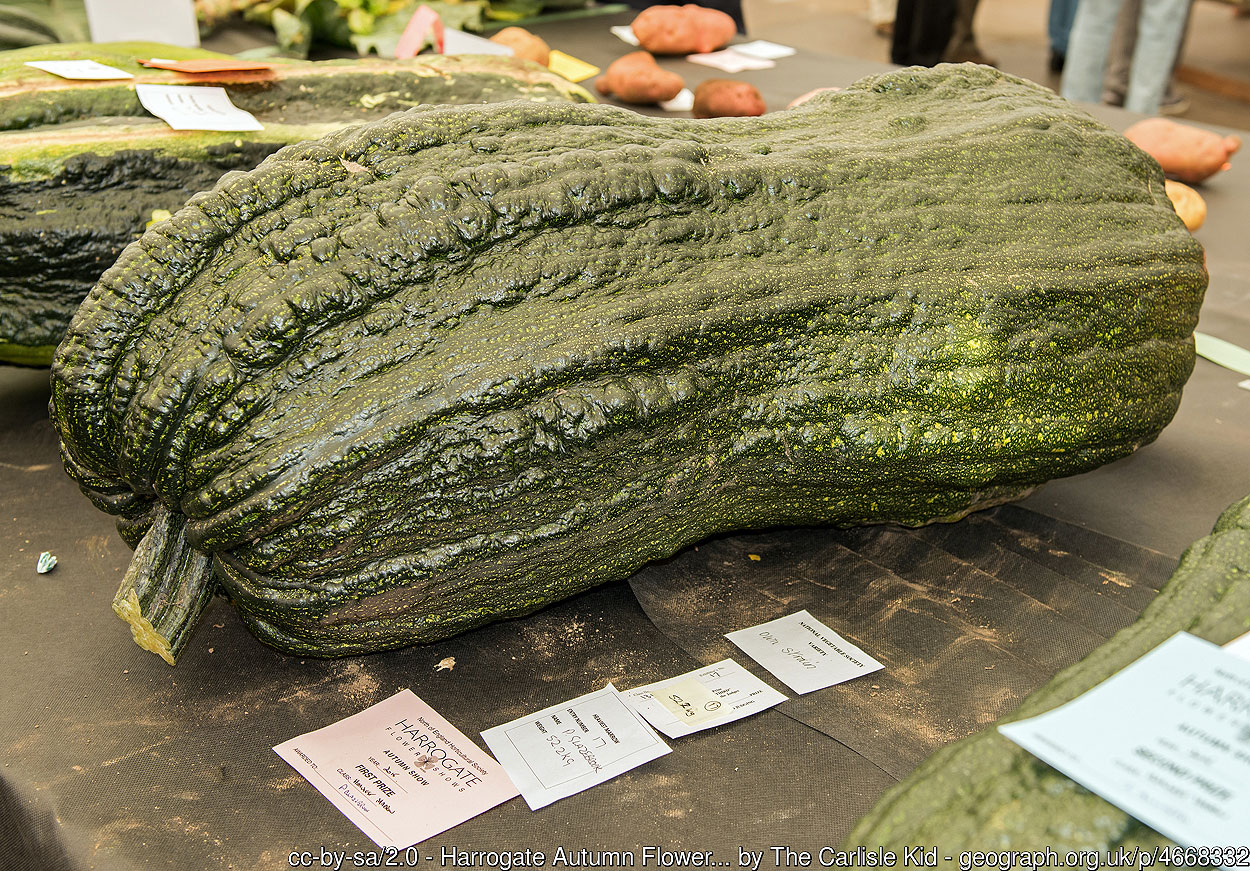