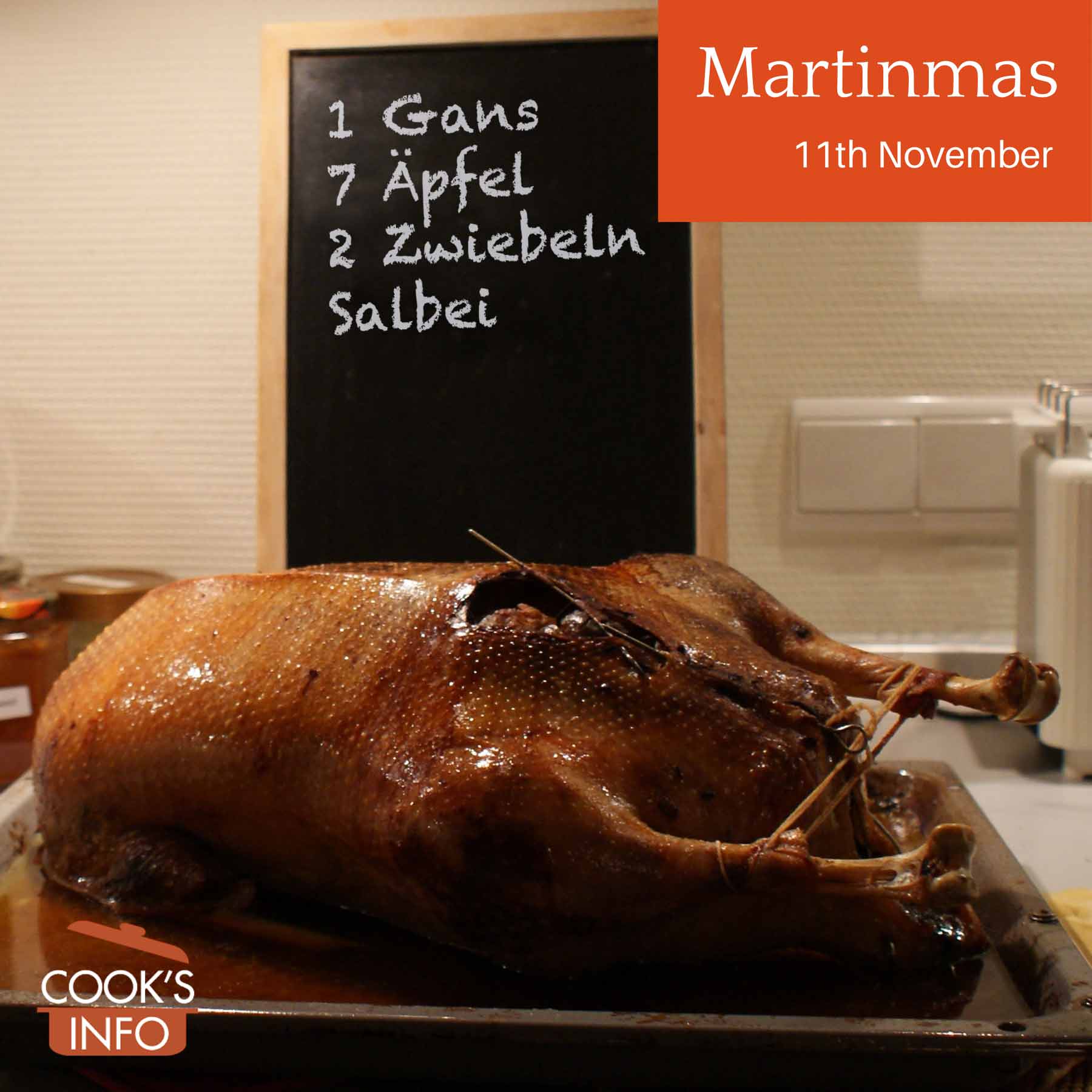 Martinmas is on the 11th of November.

Martinmas was traditionally the day on which pigs and geese were slaughtered.

It used to be as well the time when parliament and school started up again, contracts were signed or renewed, municipal elections were held, etc. American election day, and the swearing in of Lord Mayors of London, still occur in November.

Goose is often served in England on this day, as geese that weren’t going to be kept through the winter would be slaughtered as well as the pigs. In Sweden, the goose that is served is called the “Marten Gas” (Martin Goose.)

In Italy, turkeys are now often slaughtered and eaten instead on the 11th of November.

In the Jura region of Switzerland, where Tête de Moine Cheese is made, an aspic is made from parts of the pigs such as the trotters and tails.

Martinmas in Italy often falls during a period of Indian Summer, which they “l’estate di San Martino” (Saint Martin’s summer).

“His Martinmas will come, as it does to every hog.” (Old proverb)

“If you raise your glass
At Martinmas
Wine will be yours
Throughout the year.”

The legend about St Martin is that he tried to hide in a flock of geese, but the geese made so much noise they gave him away. Saint Martin is the patron saint of vine growers, as well as of tavern keepers. His symbol is a goose, or a ring of fire.

This web site generates income from affiliated links and ads at no cost to you to fund continued research · Information on this site is Copyright © 2022· Feel free to cite correctly, but copying whole pages for your website is content theft and will be DCMA'd.
Tagged With: Goose, Saints