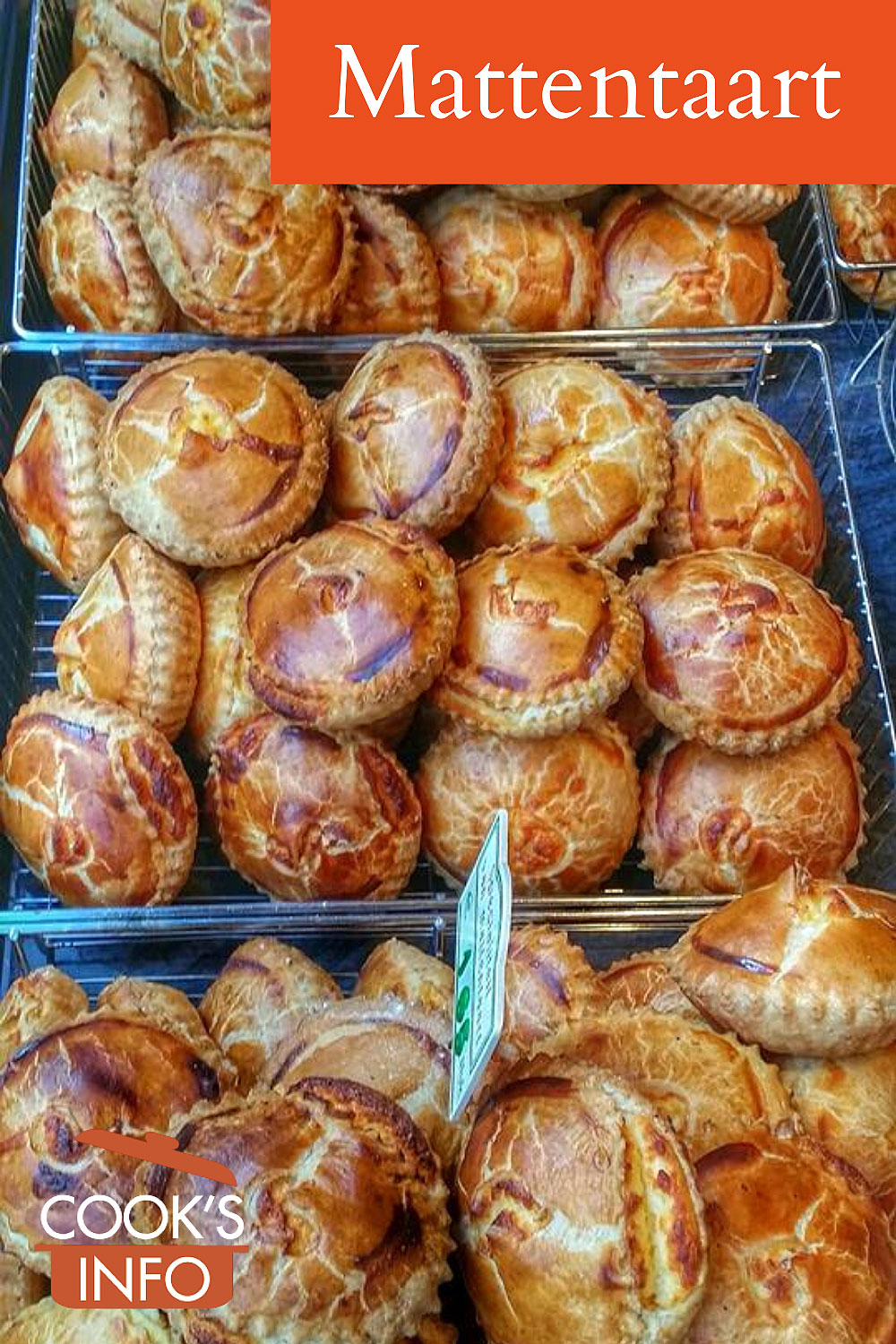 Mattentaart is a round “cheesecake” made inside a puff pastry.

The pastry is light, tender, and crunchy. The curd cake part of it is made from egg, either ground almond or almond extract, and milk and buttermilk that have been allowed to form curds. The buttermilk gives it a tang.

Cheesecake is not an entirely accurate description; “curd cake” is more accurate, though the texture is similar to that of a cheesecake.

Mattentaart is made in the Dutch speaking part of Belgium, in the south of the province of East-Flanders.

To be sold as Mattentaart, it can only be made in the municipality of Geraardsbergen (Grammont in French) or the nearby village of Lierde, and has to be made using the recognized recipe, using dairy from the local region.

You need to do the first part of the recipe 12 hours at least before you mean to bake this.

In a saucepan, bring the milk to a boil, then add the buttermilk and stir well. The mixture will curdle; it’s supposed to. Line something that you can prop over a bowl or pot with a double layer of cheesecloth, and pour the curds and whey through that. Let stand for at least 12 hours in a cool spot. You can stir the curds from time to time to aid draining.

After that time, continue with the recipe.

Butter a round cake pan, bottom and sides. Line just the bottom of it with a sheet of puff pastry, cutting off loose edges. Set in fridge.

Separate the eggs. Beat whites to stiff peak; set aside. In a separate bowl, beat together the curd, egg yolk, almond extract, and sugar until smooth. Fold a small amount into the egg white, then fold all the egg white into the egg yolk and curd mixture until thoroughly but gently blended.

Take lined cake pan out of fridge. Pour the mixture into it. Top with remaining sheet of puff pastry, cutting off loose edges. Make a few slits in the top crust. 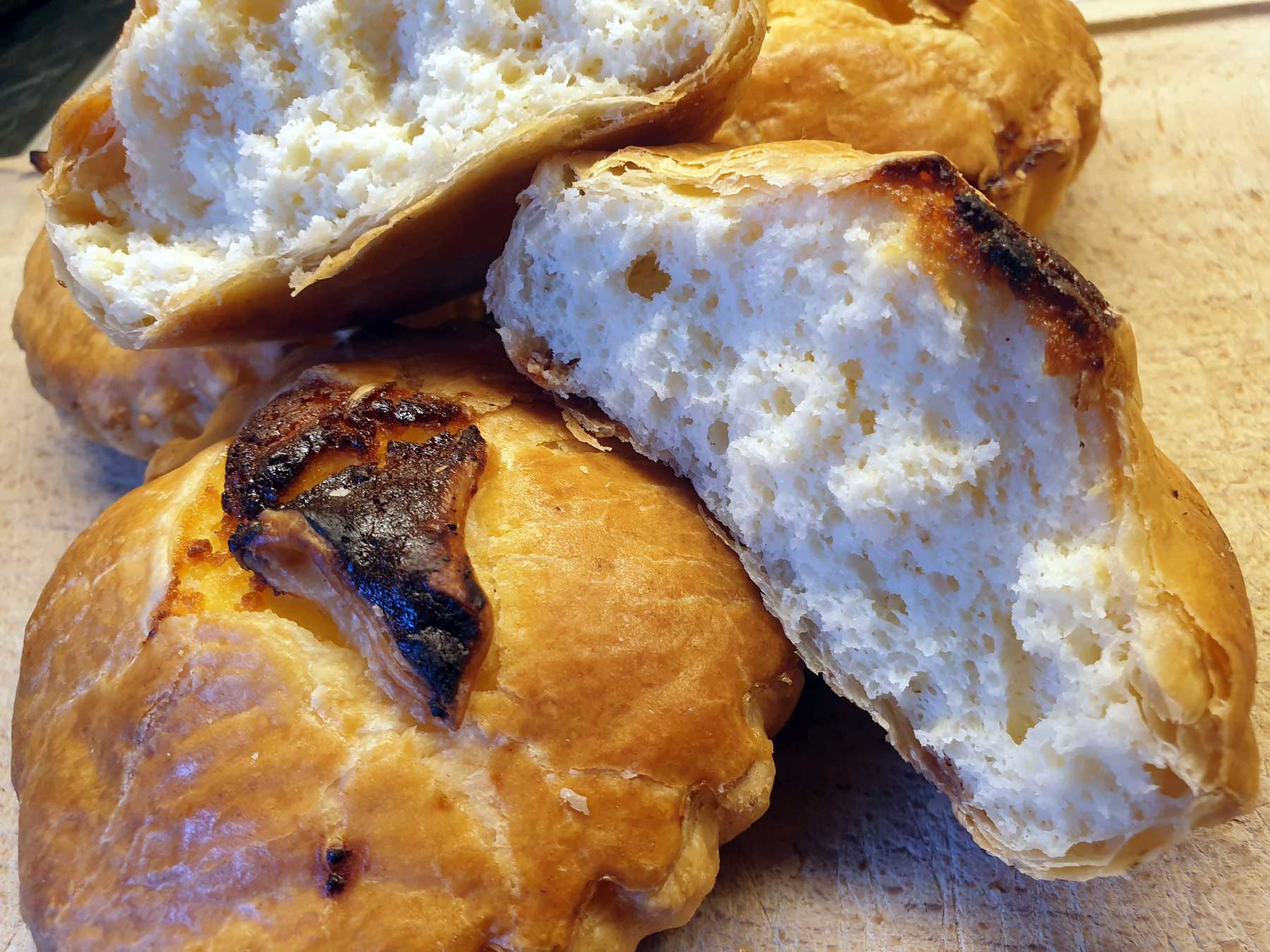 The oldest known recipe resembling Mattentaart appears in “Een notabel boexcken van cokeryen” (A Notable Book of Cookery) 1510 by Thomas van der Noot. The recipe suggests a fast day version made with almond milk, and it comes out more like a porridge. A non-fast day version is also given, using eggs and milk.

A dish somewhat similar to Mattentaart, called “Melktert”, is made in South Africa. Some people credit the origin of both dishes to the same recipe in the van der Noot book mentioned above. [1]Claassens, Hester Wilhelmina. Die geskiedenis van Boerekos 1652-1806. Doctoral Thesis, Historical and Heritage Studies Department, University of Pretoria. 10 September 2003.

In 1978, the Conferie de la Tarte Matton association was formed.

On 15 February 2007 the dish received its European PGI certification.

Geraardsbergse Mattentaart Day is celebrated in August each year, since 1979. 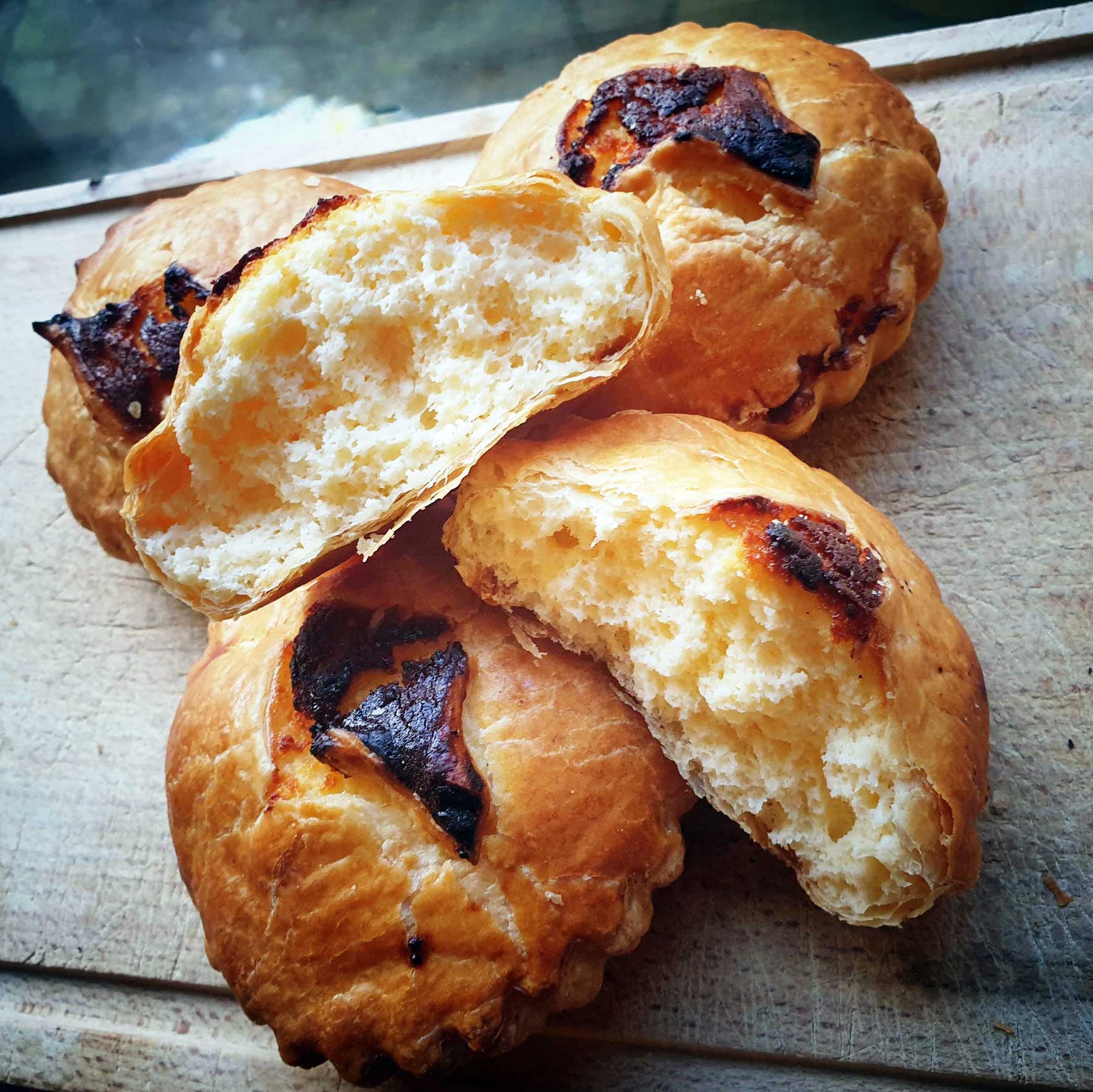 This web site generates income from affiliated links and ads at no cost to you to fund continued research · Information on this site is Copyright © 2022· Feel free to cite correctly, but copying whole pages for your website is content theft and will be DCMA'd.
Tagged With: Belgian Food