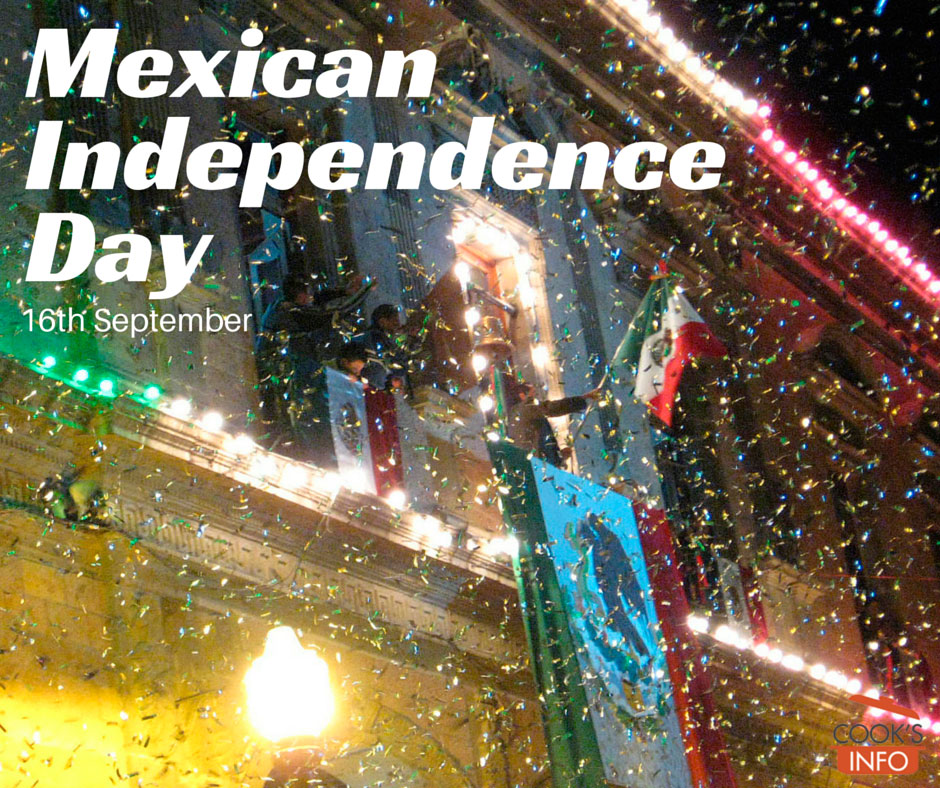 The 16th of September is Mexican Independence Day.

In Spanish, the Mexicans refer to this day as “El Grito de Independencia”, which means the “Cry of Independence.”

It is a big celebration in Mexico, bigger than the Cinco de Mayo. The colours of the flag, red, white and green, are used in decorations. There are parades, festivities and eating.

The celebration actually begins the night before, on the 15th, in town squares throughout Mexico. At 11pm on the 15th, everyone across the country shouts “Viva Mexico, Viva la independencia”, and in Mexico City, a freedom bell is rung.

The Mexican revolutionary war started on 16 September 1810, with a priest named Father Hidalgo in the town of Dolores, Guanajuato State, ringing the bell of his church to call people together to fight for independence. The war was to last 10 years.

The priest had two reasons to be involved. He was born into a class of Spaniards in Mexico who were considered second class citizens. And at the time, the French revolutionary forces under Napoleon, no friend to the Catholic Church, that had occupied Spain looked as though they might start influencing religion in Mexico, as well. Hidalgo rallied all the poor and oppressed around him.

Hidalgo was captured, handed over to the Inquisition, and executed in July 1811.

The crying out and bell ringing tradition began in 1910, the 100th anniversary. The bell used in Mexico City is Father Hidalgo’s bell.