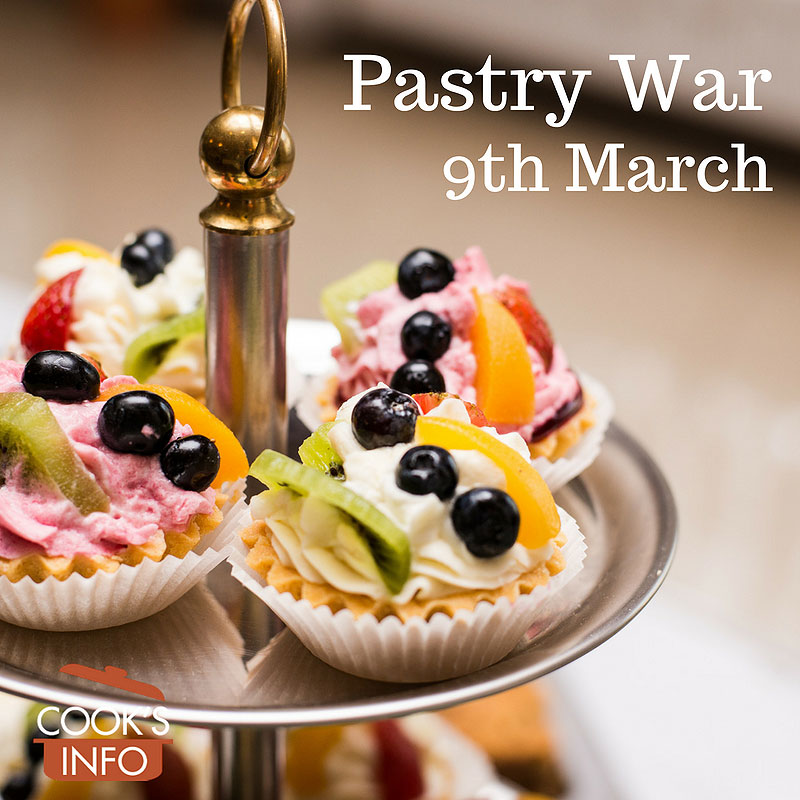 The 9th of March marks the end of the Pastry War between Mexico and France.

Treat yourself to a pastry to celebrate the end of the war!

In the spring of 1838, Remontel appealed to King Louis-Philippe (1773 – 1850) of France for help. Though Remontel’s claim was greatly exaggerated, in the French mind this was another example of a number of occasions when foreign investors in Mexico had been denied compensation by the Mexican government (as were Mexican citizens as well) for damages caused during civil unrest resulting from various overthrows of government. (Not that the French government was lily-white, either: France had just been through decades of war, revolutions, coups and upheavals, and hadn’t been exactly shelling out compensation itself either.)

Mexico was also in default on millions and millions of dollars worth of loans from France.

French Baron Beffaudis gave Mexico an ultimatum to pay the damages claimed by Remontel, but Mexico just didn’t have the money.  So, Mexican President Anastasio Bustamante (1780 – 1853) ignored the ultimatum.

In April 1838, a French fleet under French Admiral Charles Baudin arrived and blockaded the coast of Mexico on the Caribbean side from the Yucatán up to the Rio Grande, and captured almost all the Mexican navy. Later, in November, French ships fired on the fortress at called “San Juan de Ulúa” at Veracruz, Mexico, and occupied the city on 28 November, with 30,000 French soldiers overall in Mexico. 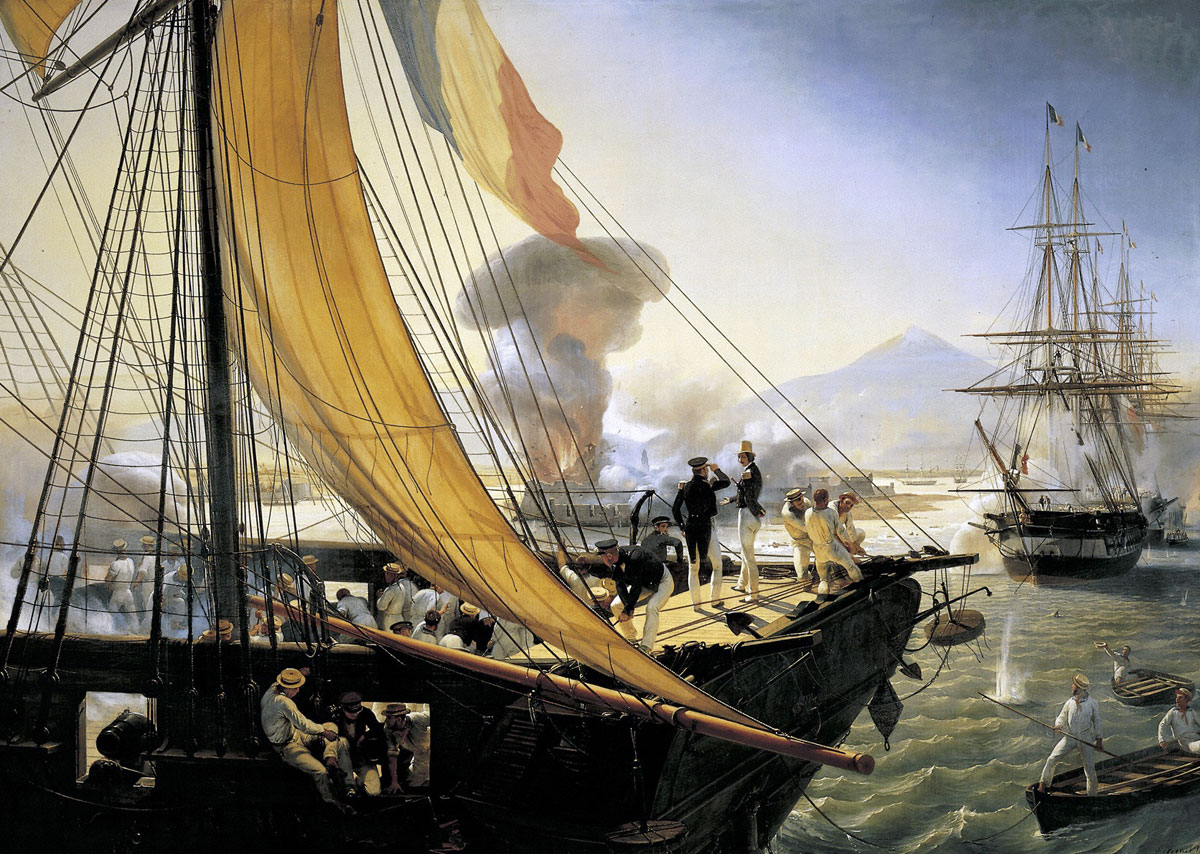 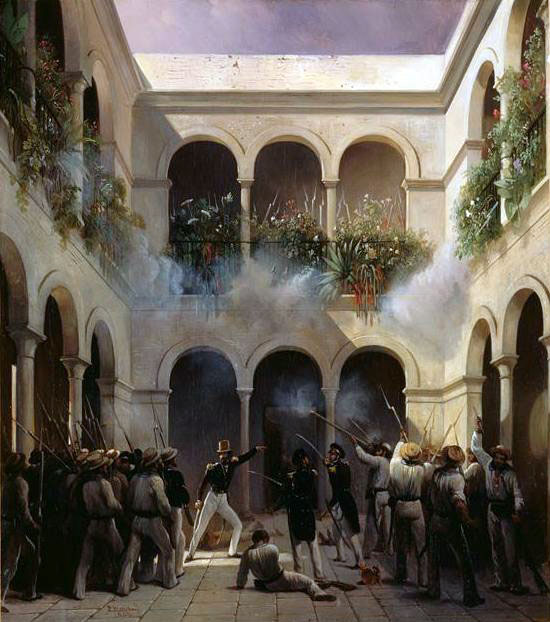 The war went on for a few months over the course of the winter, with a few skirmishes, and Mexico plunging deeper into economic crisis, until eventually British diplomatic intervention extracted a promise in March of 1839 from Mexican President Bustamante to see that the damages were paid.

This web site generates income from affiliated links and ads at no cost to you to fund continued research · Information on this site is Copyright © 2023· Feel free to cite correctly, but copying whole pages for your website is content theft and will be DCMA'd.
Tagged With: Pastry