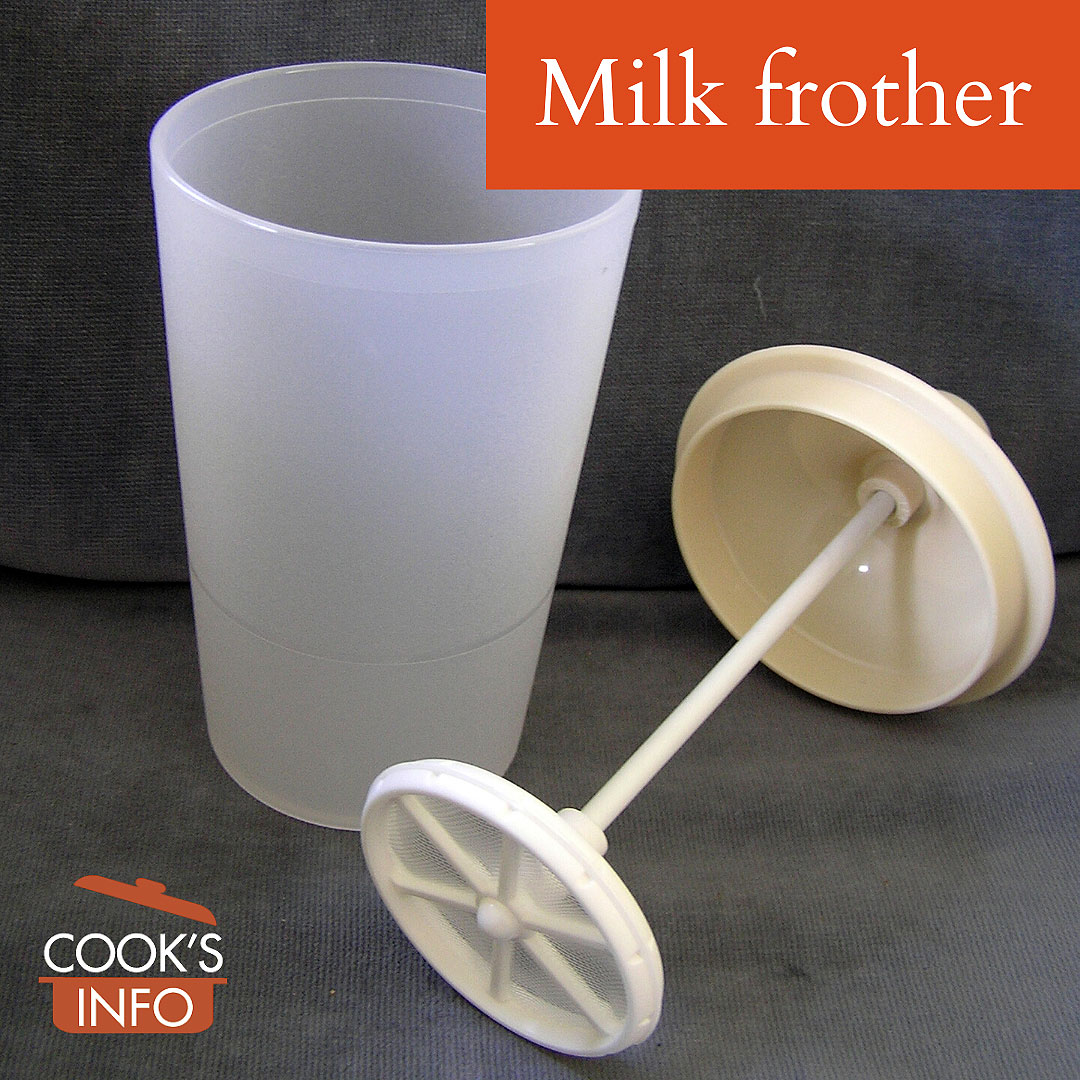 Milk can be frothed in several ways, and with different tools, but there are dedicated tools called milk frothers for accomplishing the task more easily.

Frothed milk is used on specialty coffees such as cappuccino, breves, lattes and mochas; it can also be used on hot chocolate or cocoa in place of whipped cream, for a lower-calorie topping.

Cappuccino machines have a milk frothing wand attached to them which froths and warms at same time. Steam is pushed out by pressure from a nozzle in the wand, which causes the milk to froth. Put the tip of the frothing wand into the milk before opening the steam value, or you may get splatters as you insert it. It is best to keep the nozzle tip just barely below the surface of the milk, and move the vessel of milk around, rather than moving the machine and its attached nozzle around. When done, to warm the milk, push the nozzle down in a bit further. To clean the nozzle to ensure that no milk gets stuck in nozzle hardens there and clogs it, put the nozzle in a glass of water, turn steam back on for 20 to 30 seconds.

Hand-pump milk frothers operate a bit like a coffee press. They consist of a a vessel, glass or metal, with a lid in which there is a hole through which passes a plunger. At the top of the plunger, there is a small knob to hold the plunger with. At the bottom of the plunger, inside the vessel, is a fine mesh screen. You pump the plunger up and down; the mesh screen agitates the milk, frothing it. It takes about 30 seconds to double the volume of the milk. Usually all the parts are dishwasher-safe.

When shopping for an electric milk frother, it is important to ascertain how many parts there are to clean — some can have many.

Some electric milk frothers are counter-top, dedicated milk frothers, that do nothing else in life. Some models often require a couple minutes to heat up first, and then a cool-down period before making a second batch of frothed milk. To use them, you put milk into a container, snap the container inside the machine, and then stand your cup on a tray under a nozzle at the front. You then finally can press a button to start the milk frothing and dispensing into your cup.

Other types of electric milk frothers are simply small electric whisks, that rest in a base recharger, or, that run on batteries in them. The whisking end usually looks like a small propeller. For battery-operated ones, the ones that require more batteries seem to have more whipping power.

Other ways to froth milk:

This web site generates income from affiliated links and ads at no cost to you to fund continued research · Information on this site is Copyright © 2022· Feel free to cite correctly, but copying whole pages for your website is content theft and will be DCMA'd.
Tagged With: Milk