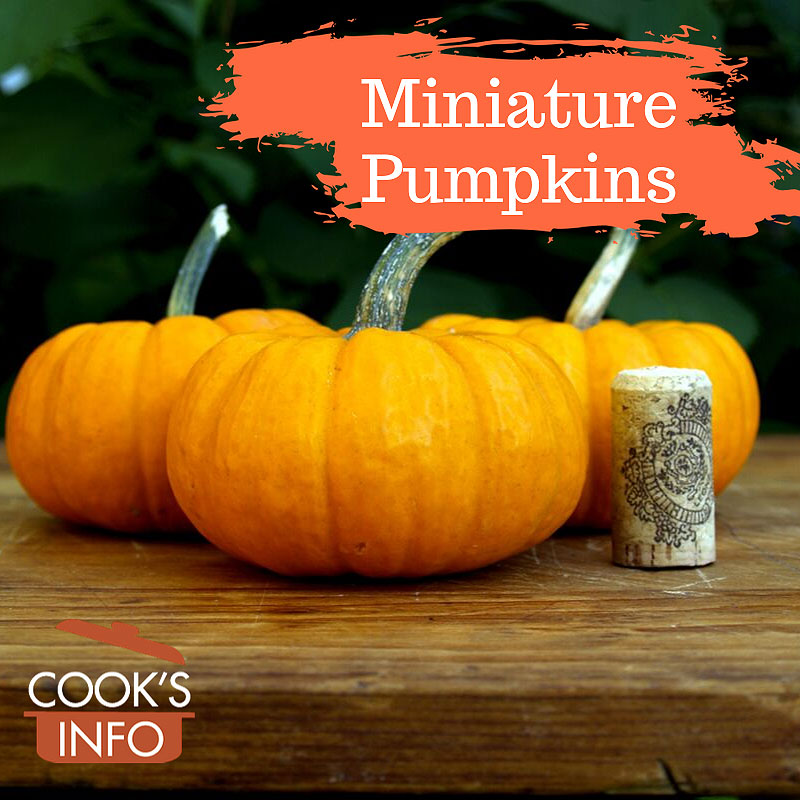 Miniature Pumpkins are a category of very small pumpkins grown as ornamental pumpkins.

They can be white or orange or another colour, ribbed or not ribbed. The flesh inside can be yellow or orange.

They are so small that they can be grown on trellises without their weight tearing them off the vine.

To stuff and bake them: 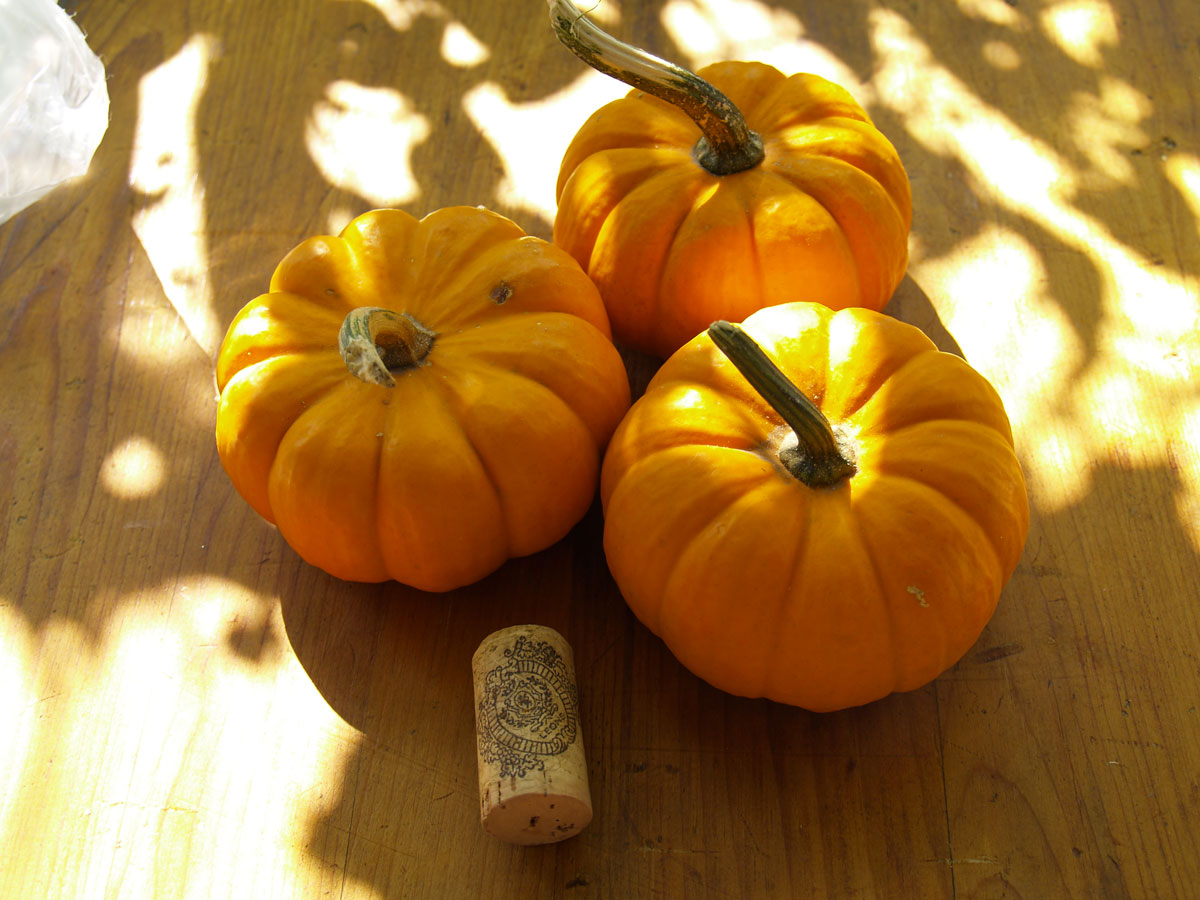