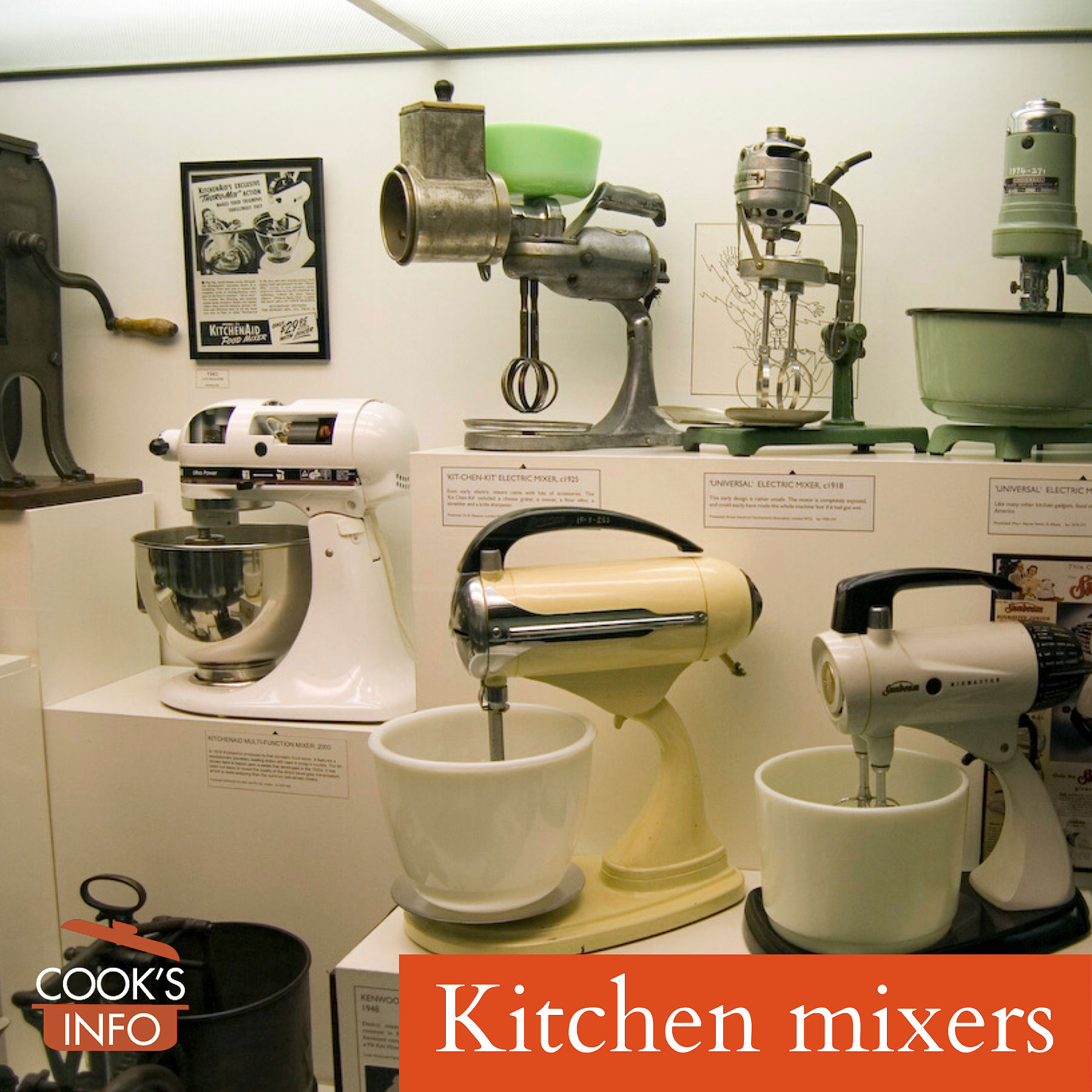 A kitchen mixer is a tool or appliance that partially or completely automates the task of mixing.

For today’s cooks this is a godsend, because throughout human history mixing was a boringly repetitive task, consuming great amounts of time and energy.

Today’s mixers can do more than just “mix”: they also beat, blend, knead, liquidize, stir, whip and whisk. They can be used for liquids or more solid matters such as doughs and batters.

Mixing devices vs mixing by hand

Hand-operated mechanical mixers make the jobs faster and easier. Electronic mixers also do both, but can also often free up the user to do something else while the mixing is being done. Mechanical ones are usually hand-held; electronic models can be either hand-held, or can be made to stand on their own.

Occasionally, a debate will flare about whether mechanized mixing is always as good as hand mixing; some people insist that for some applications, replacing hand mixing with mechanized impacts the quality.

Some are mixers are very compact; some pretty much require permanent counter space.

Versions of mixers are made for both home kitchens and commercial kitchens.

It is very easy to take today’s mixers for granted. But mixers are relatively new in human history.

The first hand-operated, mechanical mixers available for consumers seem to date from around the middle of the 1800s. There were at least three patents filed in the 1850s; two in the U.S. and one in England. [1] In 1856 Ralph Collier filed U.S. Patent 16,267; in 1857, E.P. Griffith filed a patent in England for a hand-cranked whisk that was permanently attached to a pot, and in 1859, J.F and E.P. Monroe filed U.S. Patent 23,694. When World War One ended and the economy began to recover after the Spanish Flu, electric stand mixers and hand mixers from the Hobart / Kitchen Aid company started to come onto the market (their introduction had been held up by the war.) But, they were pricey. In the 1930s, Sunbeam introduced a more affordable electric line called “MixMaster”, and electronic mixers became “must have” items. 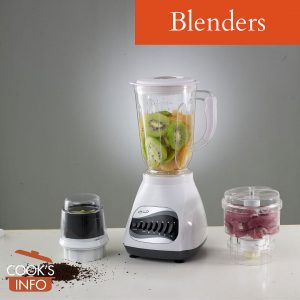 A blender is an electrical kitchen device used used for blending, puréeing and emulsifying. There are two main types, countertop, and hand-held. 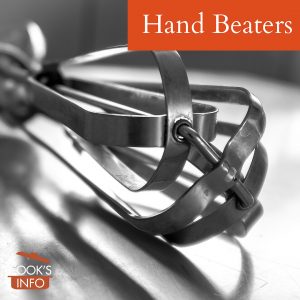 Hand beaters are used to beat a food item or food mixture, to both mix it and introduce air. 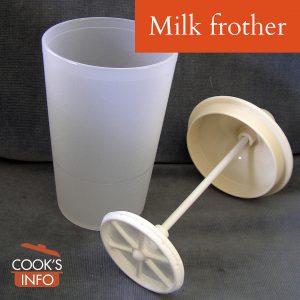 A milk frother is a dedicated tool designed to easily froth milk.