It may be made from either raw or pasteurized milk from Murciano-Granadina goats.

Queso de Murcia fresco (fresh) is white, with almost no rind. The edges of the cheese are textured with markings that simulate the weave imprint of the baskets the cheeses used to be formed in.

The Queso de Murcia curado (aged) version is a pressed-curd cheese made in wheel shapes, weighing 1 to 2 kg (2 ½ to 4 ½ pounds). It has an ochre-coloured skin that is waxed. The cheese inside is ivory-coloured, with a tangy taste. It is aged anywhere from 60 days to 6 months.

There is a version of Murcia curado that is washed with red wine while it is maturing; see entry for Murcia al Vino Cheese. 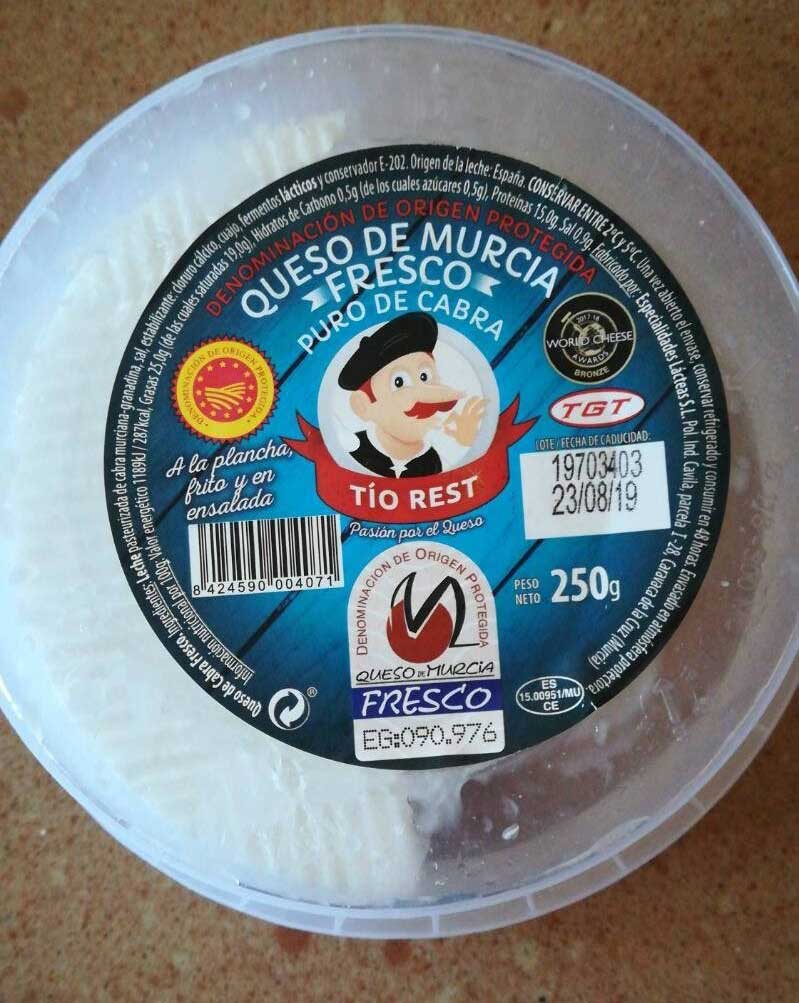 This web site generates income from affiliated links and ads at no cost to you to fund continued research · Information on this site is Copyright © 2022· Feel free to cite correctly, but copying whole pages for your website is content theft and will be DCMA'd.
Tagged With: Spanish Cheeses