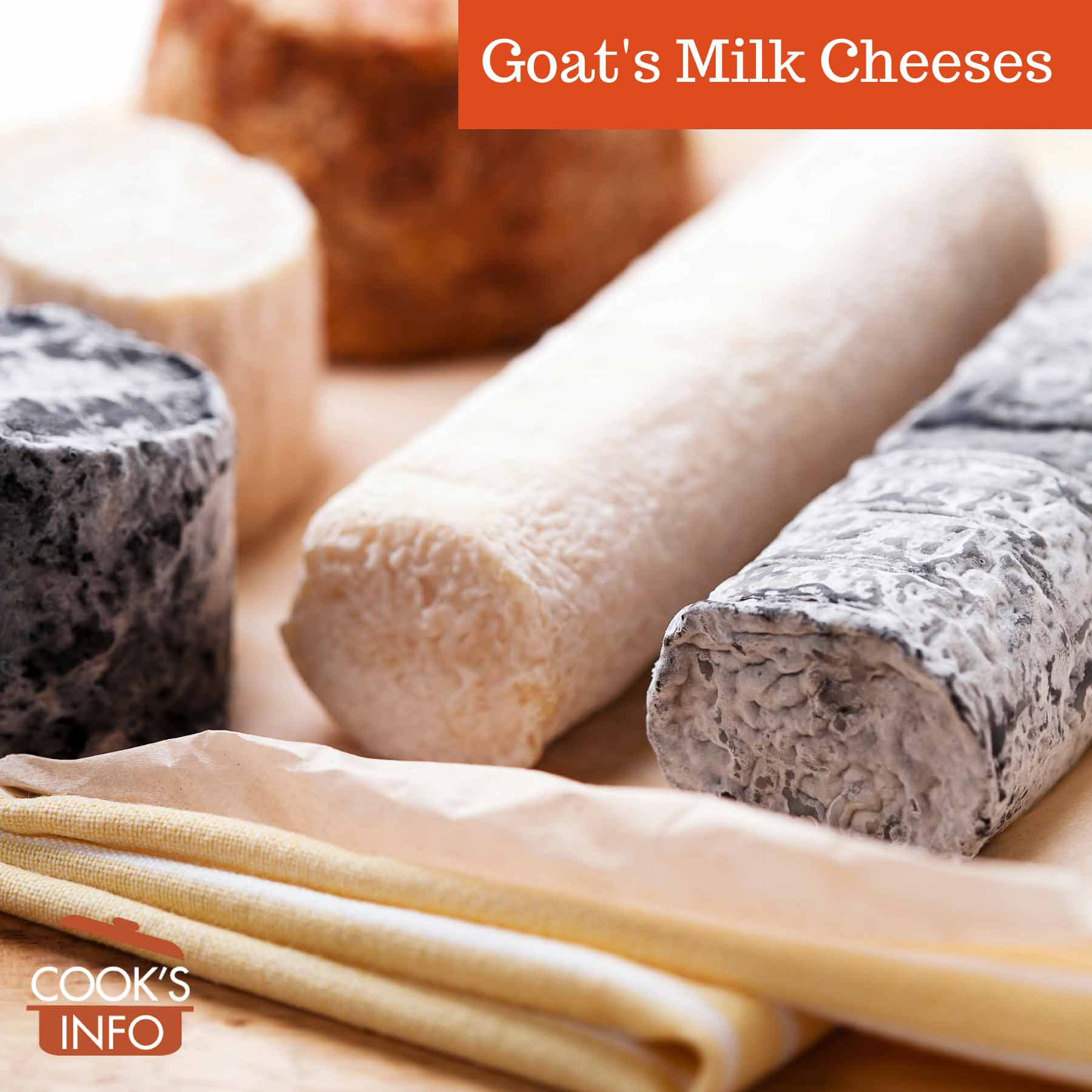 Goat’s milk cheeses are generally rindless, creamy cheeses, usually sold in log or round slice form, and often coated with something such as cracked pepper, herbs or even ashes.

Cheeses made from goat’s milk will taste slightly acrid, and certainly sharper and tangier than those made from cow’s milk. Some will even taste “goaty”, which not everyone likes.

Goat’s milk cheeses are more expensive because unlike cows, goats don’t produce milk year round. Saanen goats are particularly prized for their milk in cheese-making.

In 2002, a Dr. Luigi Capasso (State University G. d’Annunzio in Chieti, Italy) analysed a piece of cheese that had been carbonized in Pompeii. He found that it was made of goat’s milk, and that it carried brucellosis, which was a disease of the joints very common in Roman times. His feeling is that it shows that goat’s milk cheese was a major source of the disease in the Roman Empire.

“Goat cheese produced a bizarre eating era when sensible people insisted that this miserable cheese produced by these miserable creatures reared on miserable hardscrabble earth was actually superior to the magnificent creamy cheeses of the noblest dairy animals bred in the richest green valleys of the earth.” — Russell Baker (American writer, 1925 – 2019)

Foodies often use the French name for goat’s cheese in general, which is “chèvres”. 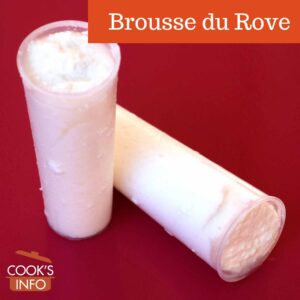 Brousse du Rove is a fresh, unaged goat's milk cheese. It is a very soft cream cheese that melts in your mouth. It is sold in cylinder shapes.

Capricorn is a soft English goat's milk cheese with a mild, nutty taste. The edible rind has a white mould on it. 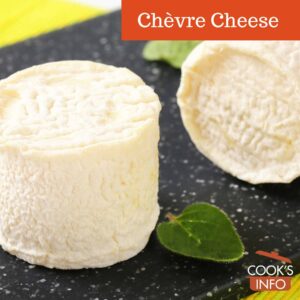 Chèvre cheese is cheese made from goat's milk. In particular, the term tends to indicate goat's milk cheeses from France, or at least, made in a French style.

Chèvre Noir is a goat's milk cheese . Even though it is made from goat's milk, however, Chèvre Noir is not like other chèvres: it's actually more of a cheddar. The cheese is made in rectangular bricks. On the outside, it is coated in two layers of bl... 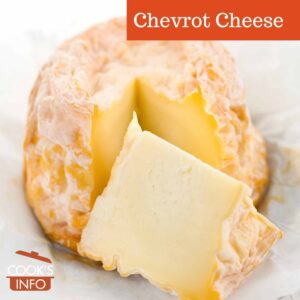 Chevrot is a cheese made from goat's milk. The cheese is sold either young or aged. Well-aged versions can be used as a grating cheese. 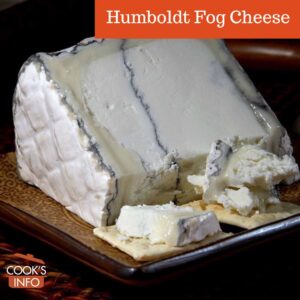 Humboldt Fog is a goat's milk cheese with a line of ash through it. Like Brie, the cheese develops a white-velvet like mould and is creamy in the centre.

Pantysgawn Cheese is a soft, creamy cheese made in Wales from pasteurized goat's milk. It has a salty taste with a bit of sourness that reminds some people of lemon. A fresh cheese, it is sold in a cylindrical shaped roll, with no rind or crust.

Pavé Blésois is a soft cheese made in Sologney, France using raw milk from goats . It is made in a flattened square brick shape, like a rectangular paving brick — thus its name. The curd is both uncooked and unpressed. The cheese is 8 to 10 cm (3 ...

Pavé de Chirac cheese is made from pasteurized goat's milk. It is a soft cheese sold in rectangular blocks that have a soft rind with light-blue mould. Inside the cheese is ivory white, and in texture somewhere between creamy and oozy, depending on the ... 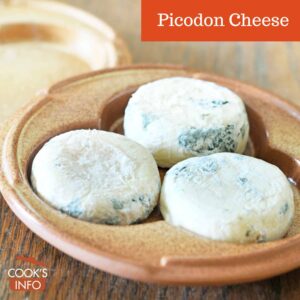 Picodon is a goat's milk cheese with a firm rind covered in mould that can be blue, white or yellow, depending on the aging process. The cheese inside is firm. The taste of the cheese is both slightly sour and slightly sweet. 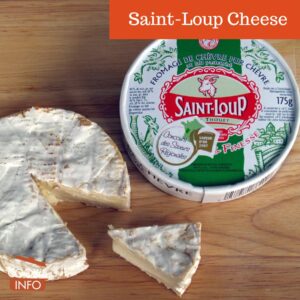 Saint-Loup is a camembert-style cheese made from pasteurized goat's milk. The cheese is very creamy with a slight tang to the taste. The edible crust is slightly chewy. 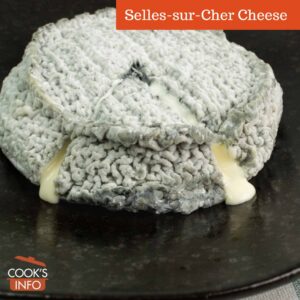 Selles-sur-Cher is a semi-firm French cheese made from raw goat's milk. The cheese is firm and white with a goaty smell and nutty flavour. The rind, which is edible, is dusted with charcoal powder.

This web site generates income from affiliated links and ads at no cost to you to fund continued research · Information on this site is Copyright © 2023· Feel free to cite correctly, but copying whole pages for your website is content theft and will be DCMA'd.
Tagged With: Cheese Technical Terms, French Food, Goat