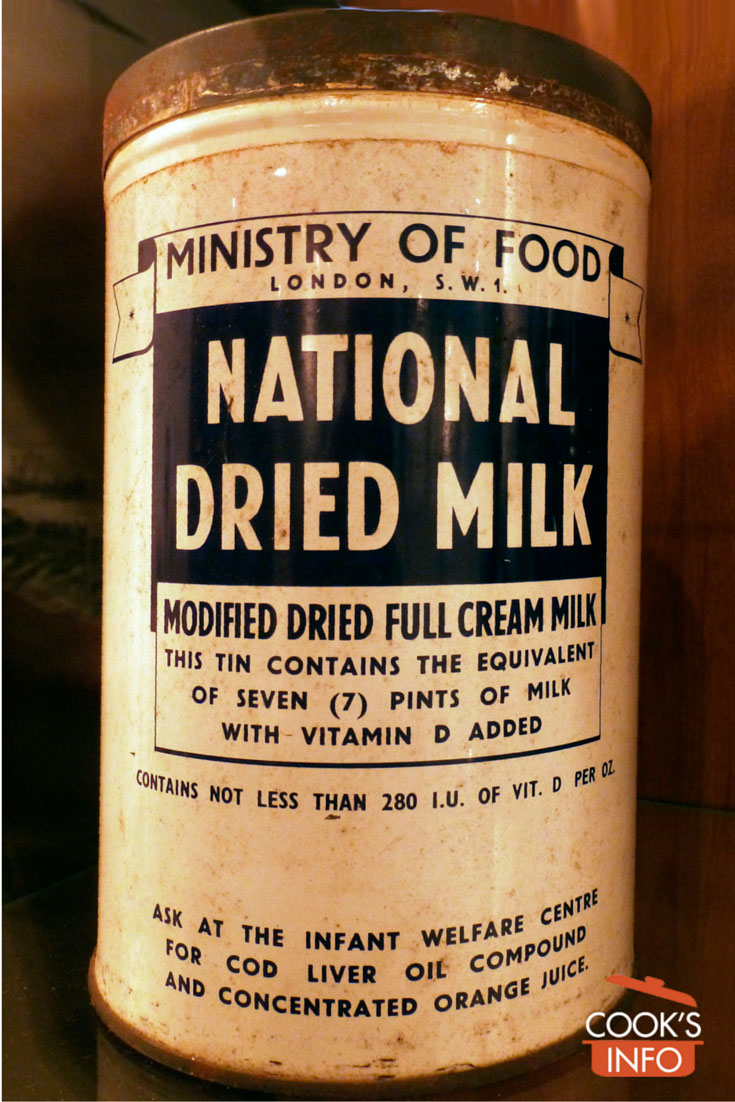 It was full-cream milk that was roller-dried to a powder, then fortified with vitamin D. [1]The addition of Vitamin D seems to have occurred sometime in 1944, under John Jestyn Llewellin, Minister of Food, 1943 – 1945. “Many medical men were found to aver that the unmodified National Dried Milk was unsuitable for infants, and pressure was put on the Ministry of Food to alter the formula. The Ministry, however, felt that this would take it into deep waters. The baby-food manufacturers, on whom it relied for making National Dried Milk, were already complaining of the competition of a subsidized product; it had not intended to provide any more than a dried substitute for liquid milk… The decision of the new Minister of Food, Colonel Llewellin, to reverse that of his predecessor and add vitamin D to National Dried Milk….” — Hammond, R.J. Food and Agriculture in Britain 1939-45: Aspects of Wartime Control. Food Research Institute of Stanford University. 1954. Page 146. . It was intended for feeding to children at a time of milk rationing. It was also convenient for mothers. It freed them up from breast-feeding at a time when women had to go man the factories for the war effort. At first, it was available only to children under 1 year of age; later 2 years.

The National Dried Milk scheme had been announced by the fall of 1940; by then, physicians were debating how it should best be served to infants and whether full-cream was indeed the best for them.

The storage and distribution of National Dried Milk across the country was contracted out to a company called SPD. You needed ration coupons to purchase it with, and could only get it at chemists (i.e. pharmacies.) There was a proviso, though, which housewives learned to watch for: once the tin at the store was past the “Not for consumption after…” date, it could be sold to anyone, off-ration, providing a windfall bonanza to the lucky shopper.

After the war, National Dried Milk was still being sold in 1965, though by that point, it was only 12 percent of milk sales. People on welfare could purchase it at subsidized prices, but there was a limit to how much you could buy at these prices. Everyone else could buy unlimited quantities at regular prices. In the mid 1960s, a 1 pound (450 g) tin sold for 4 shillings, or 2 shillings 4 pence at subsidized prices.

National Dried Milk was finally discontinued in 1976, when there was no longer any point, as people were opting to purchase special infant formulas instead.

National Dried Milk came in white coloured metal tins, with a metal lid, and blue lettering on the tin.

Note that over the 30 years that National Dried Milk was sold after the war, the packaging seems to have evolved into cardboard canisters. 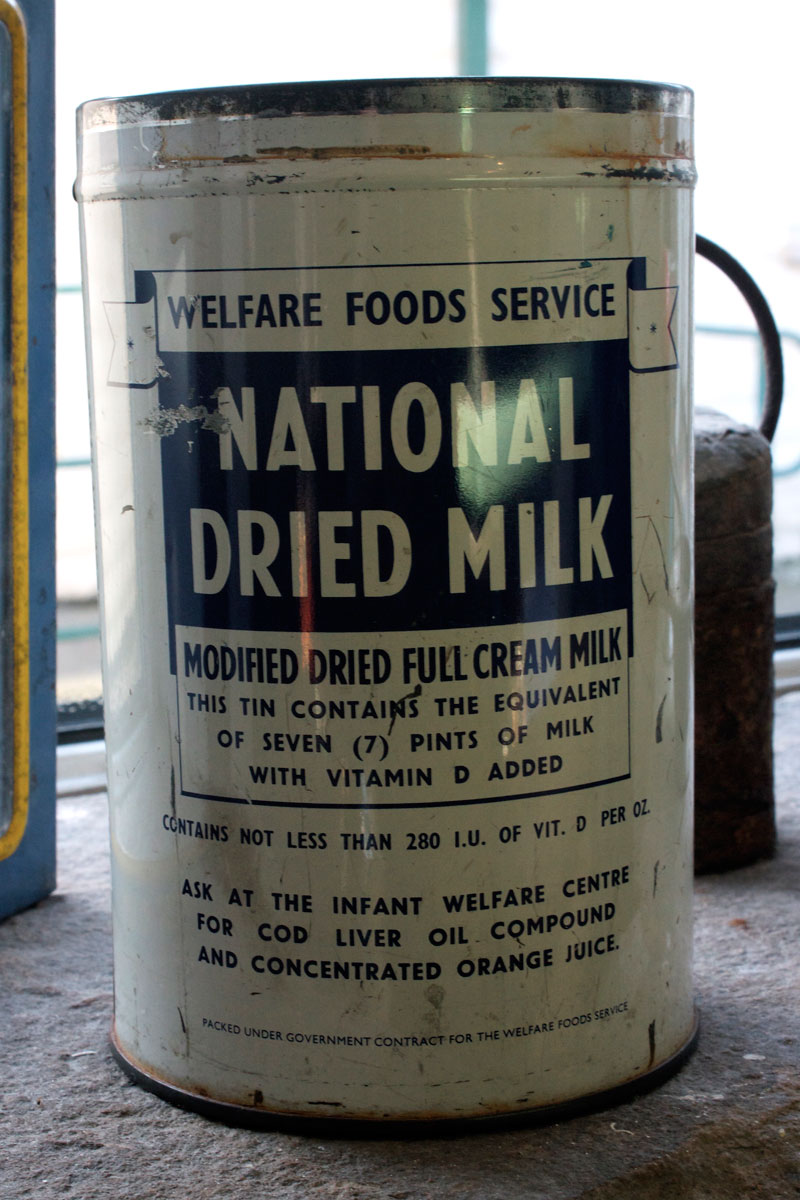 This web site generates income from affiliated links and ads at no cost to you to fund continued research · Information on this site is Copyright © 2023· Feel free to cite correctly, but copying whole pages for your website is content theft and will be DCMA'd.
Tagged With: British Wartime Food, Rationing, Second World War