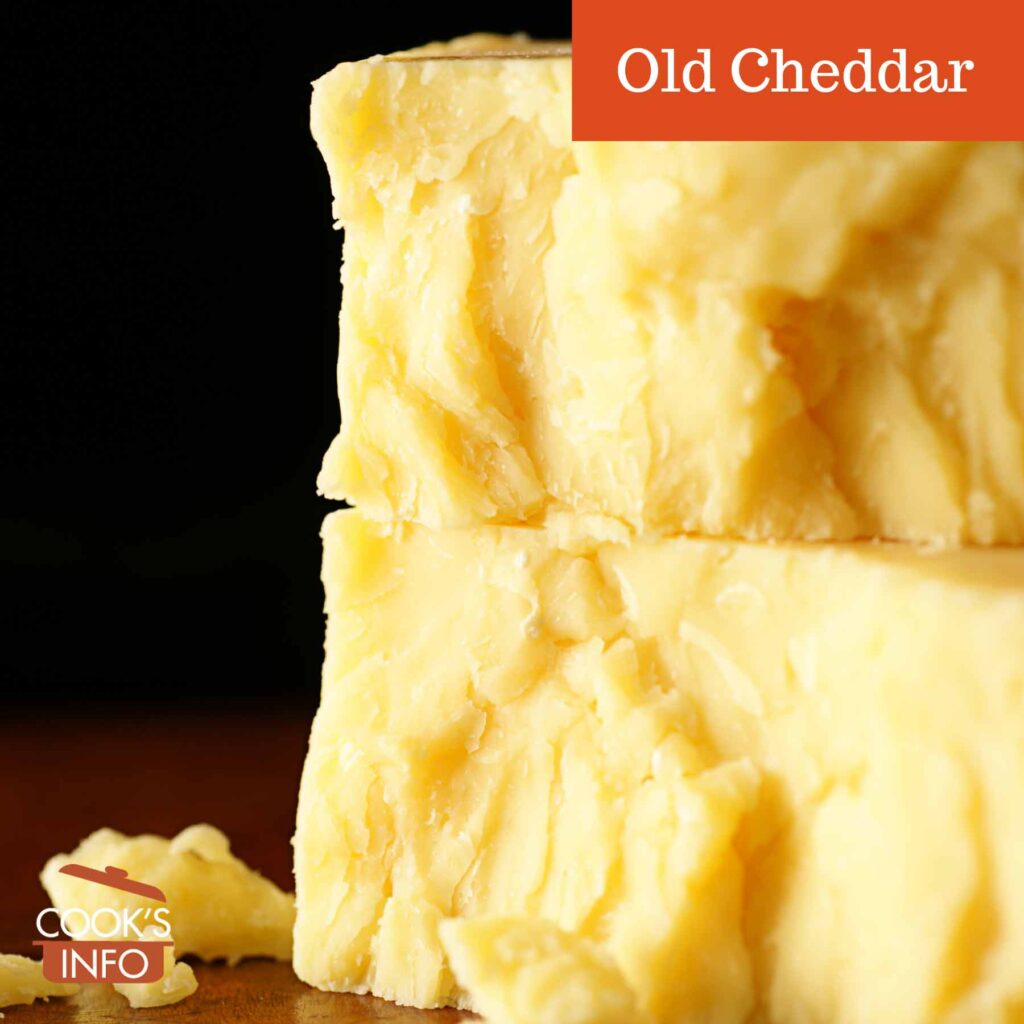 There is no standard definition of what constitutes “old”, either internationally or even within any particular given country. Cheddar is made in many different countries under many different jurisdictions so any kind of agreed definition of “Old Cheddar” is likely beyond the scope of human ability.

Sometimes a number of years will be specified as part of the marketing of a cheese, but otherwise, the only thing you can count on is that the cheddar labelled “Old” is “more aged” than other pieces of cheddar in a cheese manufacturers’ line up.

In practice, the aging can be anywhere from one year to ten years or more, though some that are labelled “old” don’t seem to have even come near their first birthday.

Old Cheddar can be yellow or white. 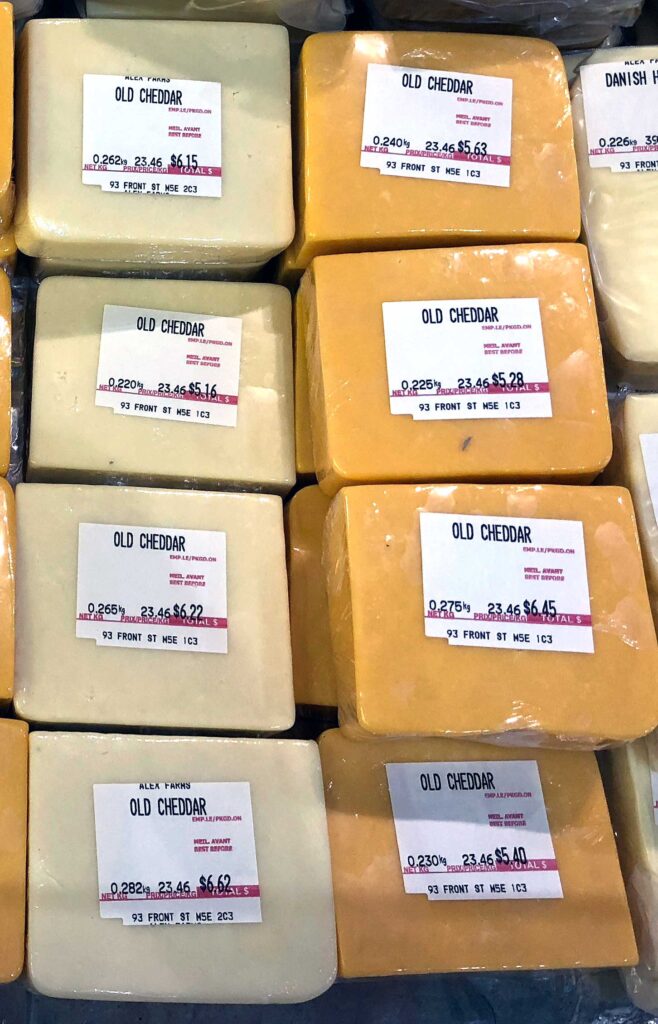 North American recipes often call for Old Cheddar, because the writers of the recipe are looking for some cheese flavour to come through. With some North American industrially mass-produced cheddar, buying Old Cheddar may be the best hope you have of getting any taste at all out of a cheddar.

This web site generates income from affiliated links and ads at no cost to you to fund continued research · Information on this site is Copyright © 2023· Feel free to cite correctly, but copying whole pages for your website is content theft and will be DCMA'd.
Tagged With: Cheddar Cheese