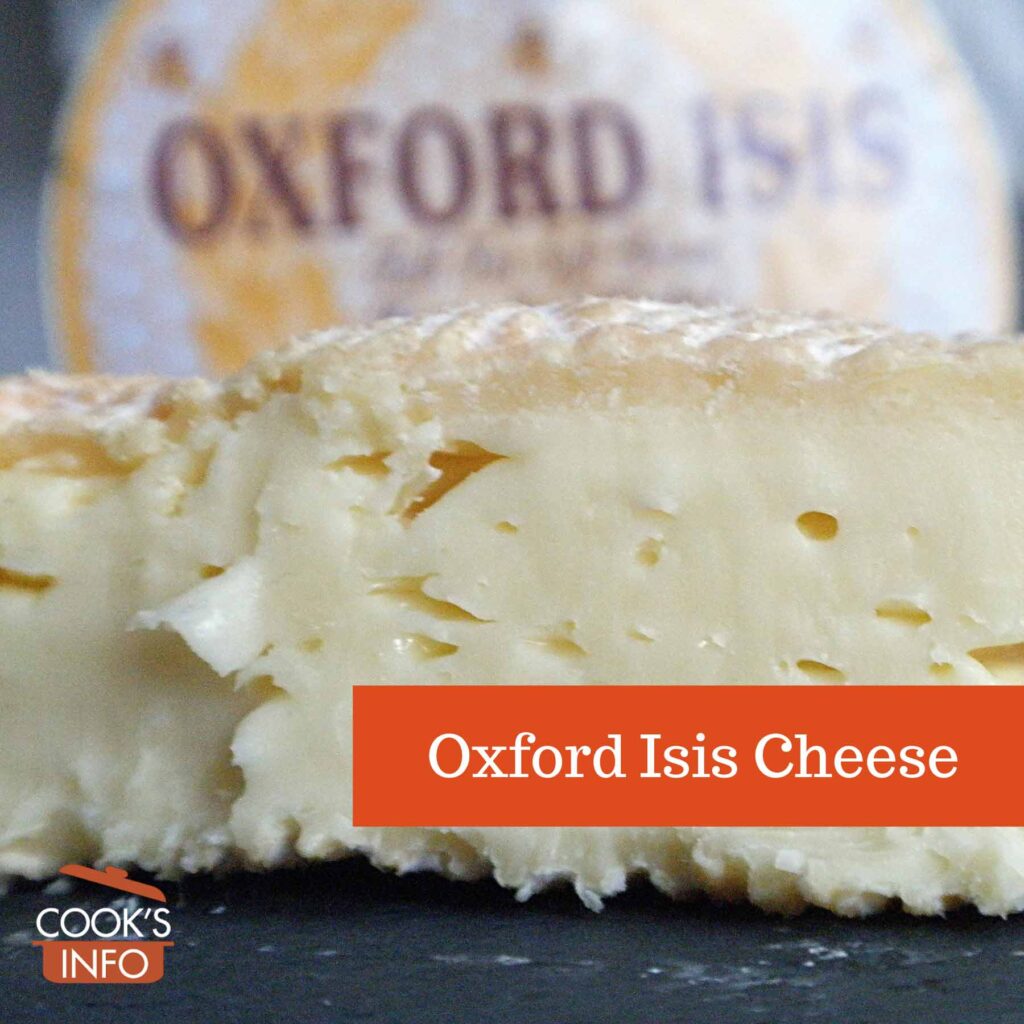 Oxford Isis Cheese has a soft, pale yellow creamy inside and a soft, slightly-darker rind on the outside. It has a strong tangy taste and smell.

It is made from pasteurized cow’s milk and is curdled with traditional rennet. During aging, the rind is sprayed with mead.

Oxford Isis Cheese is made by the Oxford Cheese Company in Oxfordshire, England.

Production of Oxford Isis Cheese started in 2003. Its creation was championed by Harley Pouget, son of the owner of the Oxford Cheese Company.  [1]Accessed April 2022 at https://oxfordfinefood.com/harley-pouget-oxford-isis.html/ The first customers were restaurants in Oxford and colleges at the university.

“Isis” is the name locals give to the Thames River as it flows through Oxford.

This web site generates income from affiliated links and ads at no cost to you to fund continued research · Information on this site is Copyright © 2022· Feel free to cite correctly, but copying whole pages for your website is content theft and will be DCMA'd.
Tagged With: British Cheeses, English Food