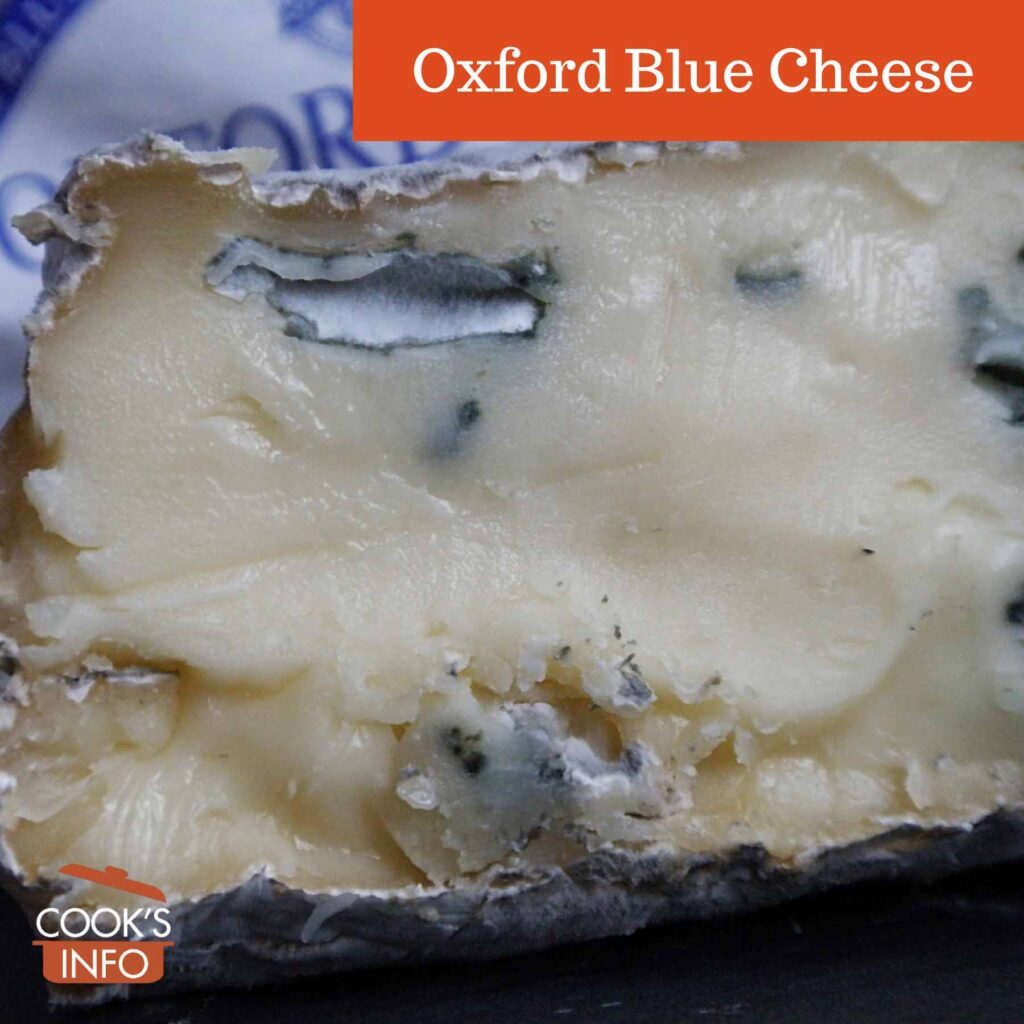 Oxford Blue is a soft, creamy blue cheese that has a mild but salty taste with a bit of sharpness.

It is made from pasteurized cow’s milk curdled with vegetarian rennet at a dairy outside Burford, Oxfordshire. Whey from the cheesemaking operation is disposed of by means of an anaerobic digester. [1]Waite, Debbie. ‘Cheesy idea’ could lead to Oxford Blue sales bonanza. Oxford, England: Oxford Mail. 4th February 2014. Accessed April 2022 at  https://www.oxfordmail.co.uk/news/10983221.cheesy-idea-lead-oxford-blue-sales-bonanza/