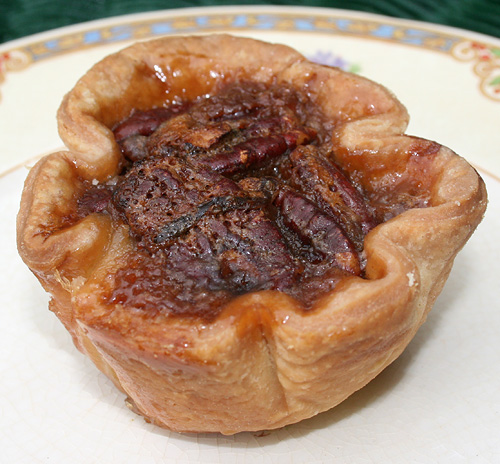 Contents hide
A Pecan Tassie is a pecan tart.

The filling is made the same as you would for pecan pie, from sugar, butter, eggs and a starch, but instead of being poured into one large pie shell, the filling is poured into individual tart shells, which are the “tassies.”

The tarts are made quite small, usually only about 2 bites each in size.

The tart crust is often quite rich, often being made with cream cheese, butter and flour.

Pecan tassies have the same Scottish root origin as do buttertarts.