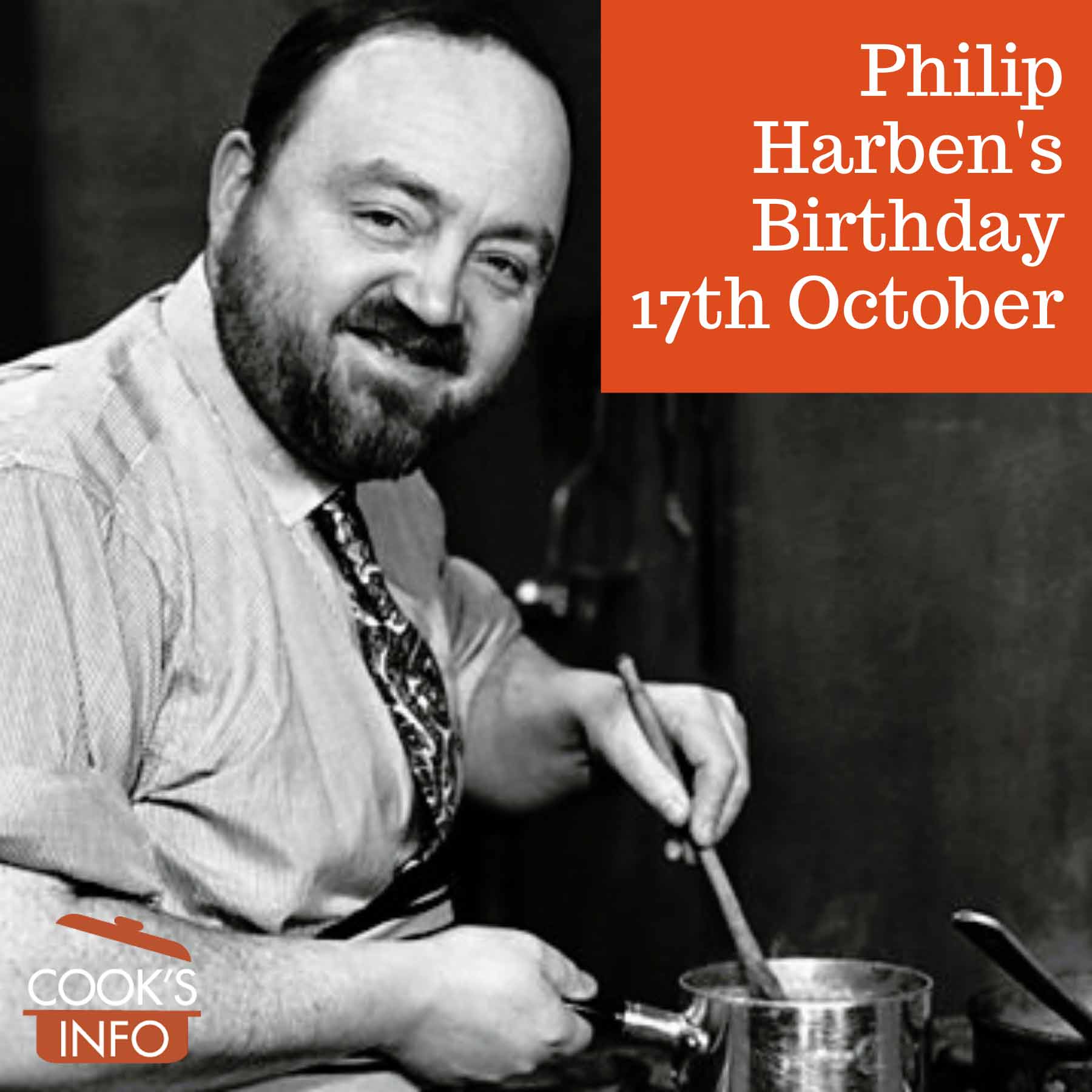 The 17th of October is Philip Harben’s birthday.

Harben launched the world’s very first television cooking programme. It aired on BBC television in England on the 12th of June 1946, at 8:55 p.m. precisely, running for just 10 minutes. In that brief time, Harben cut to the chase and showed people how to make lobster vol au vent: no time for any #lifestoryrecipes!

For some later episodes of the programme, Harben had to use his own food ration coupons to get the ingredients, as the United Kingdom was still on war rations for many things until 1954. He would go on to do at least four cooking show series, plus many other single episode TV cooking specials. He was also one of the first TV cooks to use frozen foods as ingredients.

One of Harben’s first jobs in food, before WW2, was cooking for a restaurant in a building where Agatha Christie lived. During World War Two, he became a cook for the Royal Air Force.

He published over 20 books, started a frying pan company called Harbenware Limited, and put out the “The Philip Harben Cookery Set” for children.

He was an amiable man, always friendly, and drama-free — a quality not seen much amongst television cooks anymore!

Take a quick moment to learn a bit about Philip Harben.