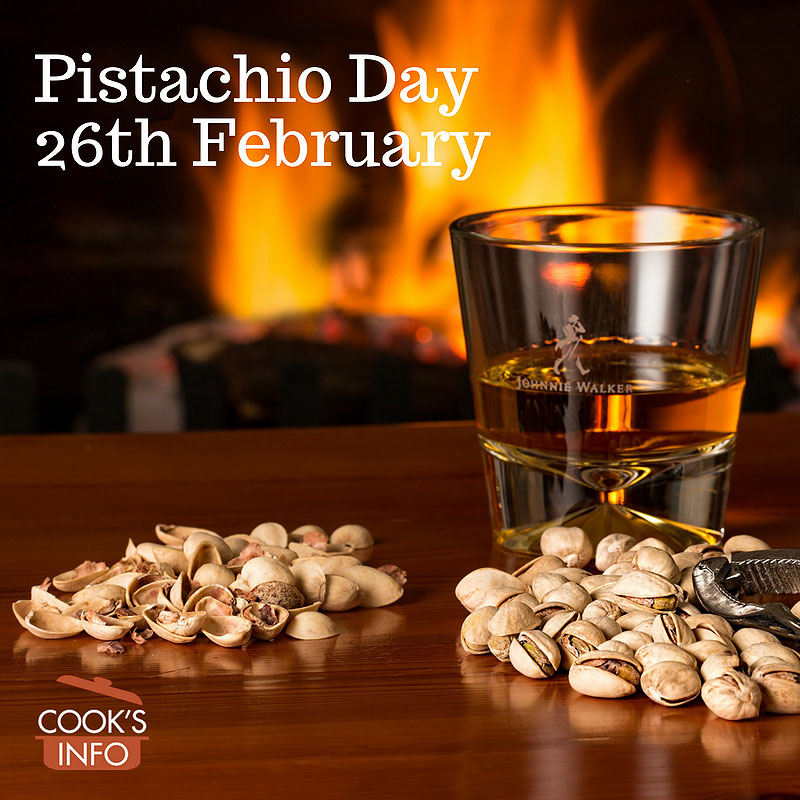 The 26th of February is the day to treat yourself to pistachios, and learn a little more about them. Many people already know that pistachios aren’t naturally red, but why are they dyed in the first place?

While learning about pistachios, you can treat yourself to them in baklava or in pistachio ice cream, or even in a savoury dish.

The History of Pistachio Day

The French Revolutionary Calendar had a day dedicated to pistachios. Pistachio Day — “jour de la pistache” — was Sextidi 26 Brumaire. (Brumaire was the second month of autumn, occurring roughly between 22/24 October and 20/22 November.)

A newspaper in Texas notes that a National Pistachio Day was observed on 28th February 1992:

The University of California Cooperative Extension has sponsored a state-wide Pistachio Day for the state of California on the third Tuesday of every January since at least 1998. It’s for pistachio growers, and is usually held at the Visalia Convention Center in Visalia, California.

In 2004, The Daily News of Jacksonville, North Carolina, informed its readers that Pistachio Day was on the 26th of February. 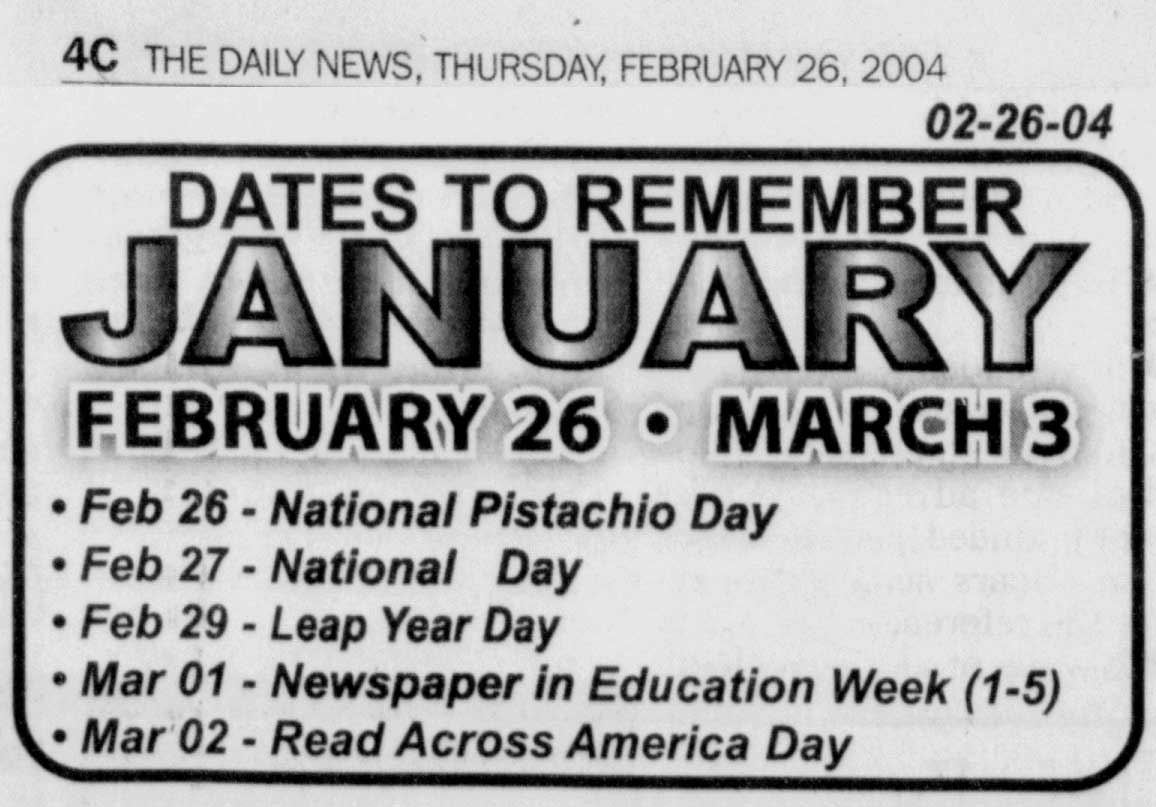 This web site generates income from affiliated links and ads at no cost to you to fund continued research · Information on this site is Copyright © 2022· Feel free to cite correctly, but copying whole pages for your website is content theft and will be DCMA'd.
Tagged With: Pistachios