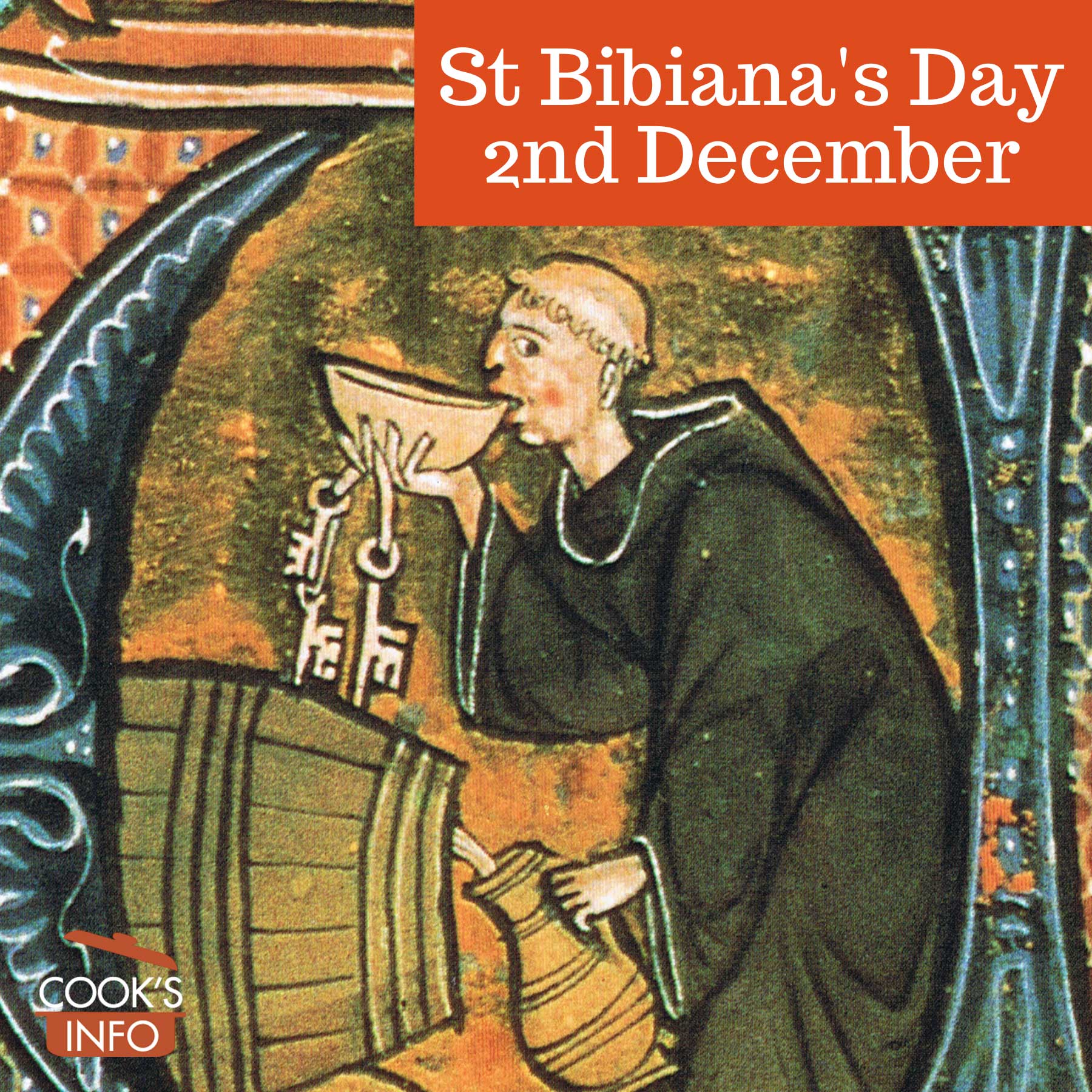 The 2nd of December is St Bibiana’s Day. St Bibiana, aka Saint Viviana, is the Patron Saint of Drunks and Hangovers — even if accidentally. What better saint to lead us off into the high holidays season?

Did you know it’s just a myth that alcohol goes away when you cook with it, leaving only the flavour? Much of it in fact does survive.

Bibiana’s family were Christians in Rome during the persecutions of the Emperor Julian. She was martyred sometime around 361 to 363.

In fact, the only thing we know for sure about her life is that a basilica in Rome was consecrated to her in c. 467 AD by Pope Simplicius (pope from 468 to 483). The church is still extant today in Rome, called “Santa Bibiana”, next to the main train station in Rome. The bodies of three women (the other two presumed to be her mother Dafrosa and her sister Demetria ) were actually found in a sarcophagus in the church, with a piece of metal in the sarcophagus identifying them by name. Later, stories grew up about her family being persecuted Christians, with the church said to be the site where her house was.

Her name actually names “full of life” (“vivo”), but the Spanish tend to pronounce “v’s” as “b’s”, and thus she became St Bibiana. The “bib” part sounded related to the Latin word “bibere“, “to drink” — where our words such as “beverage” and “imbibe” come from — so it is by sound association that she got mixed up with drinkers. There’s nothing actually in the story of her life about her carousing around Rome.