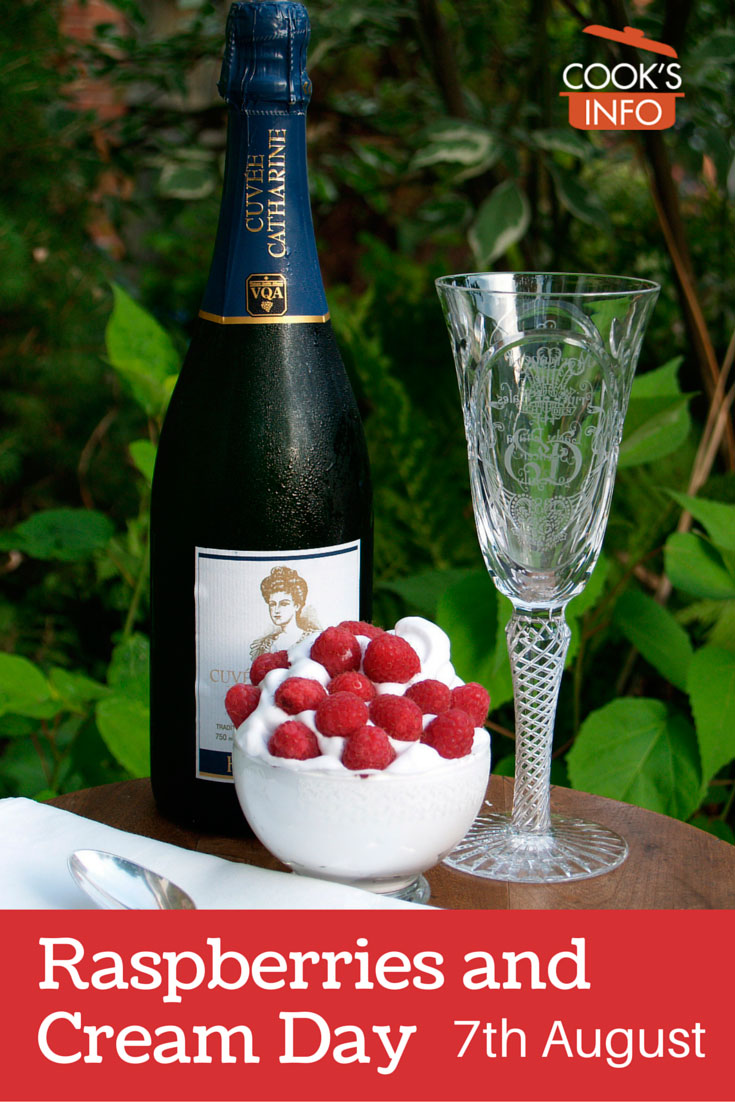 The 7th of August is Raspberries and Cream Day.

In this day and age, thanks to exports and cargo jets criss-crossing the globe, it’s possible to get raspberries at any time of year. But around this time in the northern hemisphere, raspberry season is at its peak.

You can celebrate the peak of summer with a bowl of raspberries and cream. And why not do it right, with a bit of sparkling bubbly on the side.

Even if at this time of year you can’t find any local raspberries, you could cheat and buy some imported ones. The taste is often still very nice, though your local agricultural boards would never admit it.

In the southern hemisphere the raspberry season is nowhere near even starting. You could still make a sweetened purée from frozen raspberries (the more canny amongst us are already thinking, no doubt, that we can just use raspberry jam instead — the kids won’t know the difference) and fold that into a whipped cream or custard concoction.

The earliest print mention that CooksInfo is aware of for a Raspberries and Cream Day in August dates from 1983 in Florida: 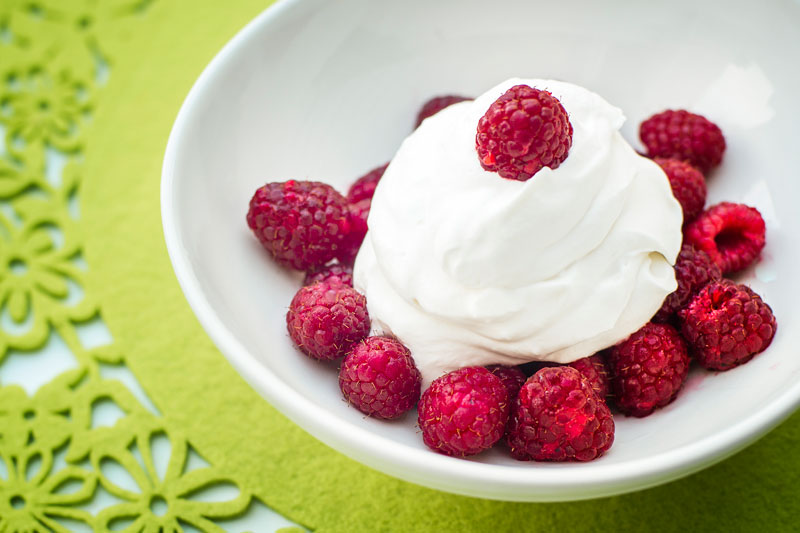