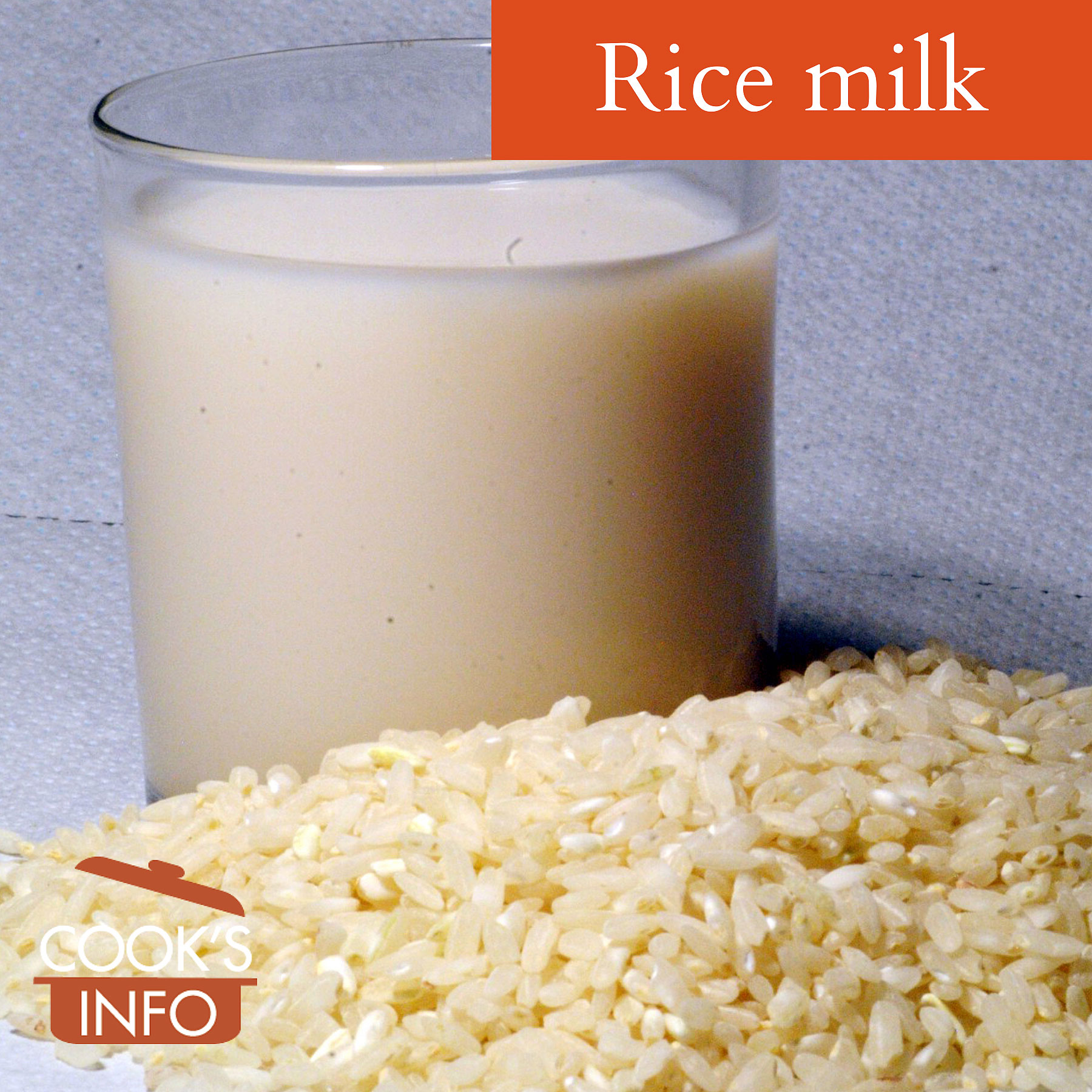 Rice milk is a white liquid that looks somewhat like milk, but which is made from water and cooked rice and has no dairy in it.

The flavour is slightly-sweet from sugars naturally present in the rice.

Commercial rice milks may be made from cooked rice or rice flour. They may be sold in shelf-stable tetra paks on regular shelves, or in cartons in the chiller section of the supermarkets. Commercial ones may use a sweetener derived from rice, or other sweeteners such as sugar cane juice, etc. They come in plain and flavoured versions.

Homemade versions will probably need sweetening to match the heightened sweet taste of commercial ones.

Though brown rice won’t come out with the same white colour that white rice does, the flavour can be better and more satisfying without additional sweetener.

Rice milk can curdle in the presence of acids. It doesn’t thicken in cooking, like oat milk does.

Whiz in a blender for about 1 minute, longer if needed; add more hot water if necessary.

Let stand for 30 minutes for settling to occur, then strain through a cheesecloth.

This recipe works best if rice is warm.

Rice milk is not meant for infants, as it is not overly nutritious. It is largely a carbohydrate, with no protein and no calcium, though some commercial brands may be fortified in an attempt to match the nutrition in cow’s milk.

It is mostly marketed on the basis of what it doesn’t have and what it is not: it’s low in fat, has no lactose, and is not an animal product.

Refrigerate tetra-pak rice milk after opening, and use within 7 to 10 days.

Most people tend to think of rice milk as a 20th century product, but in fact it was sold as a street food in mid-19th century London. It did actually have milk in it, however: “There were also a few sellers of rice milk, which was four quarts of milk boiled to every pound of rice, sweetened and flavoured with allspice, and served hot, a cup for a penny. The customers for this were the very poor, who substituted it for a meal.” — Flanders, Judith. The Victorian City. London: Atlantic Books. 2012. Page 287.

This web site generates income from affiliated links and ads at no cost to you to fund continued research · Information on this site is Copyright © 2022· Feel free to cite correctly, but copying whole pages for your website is content theft and will be DCMA'd.
Tagged With: Milk, Rice