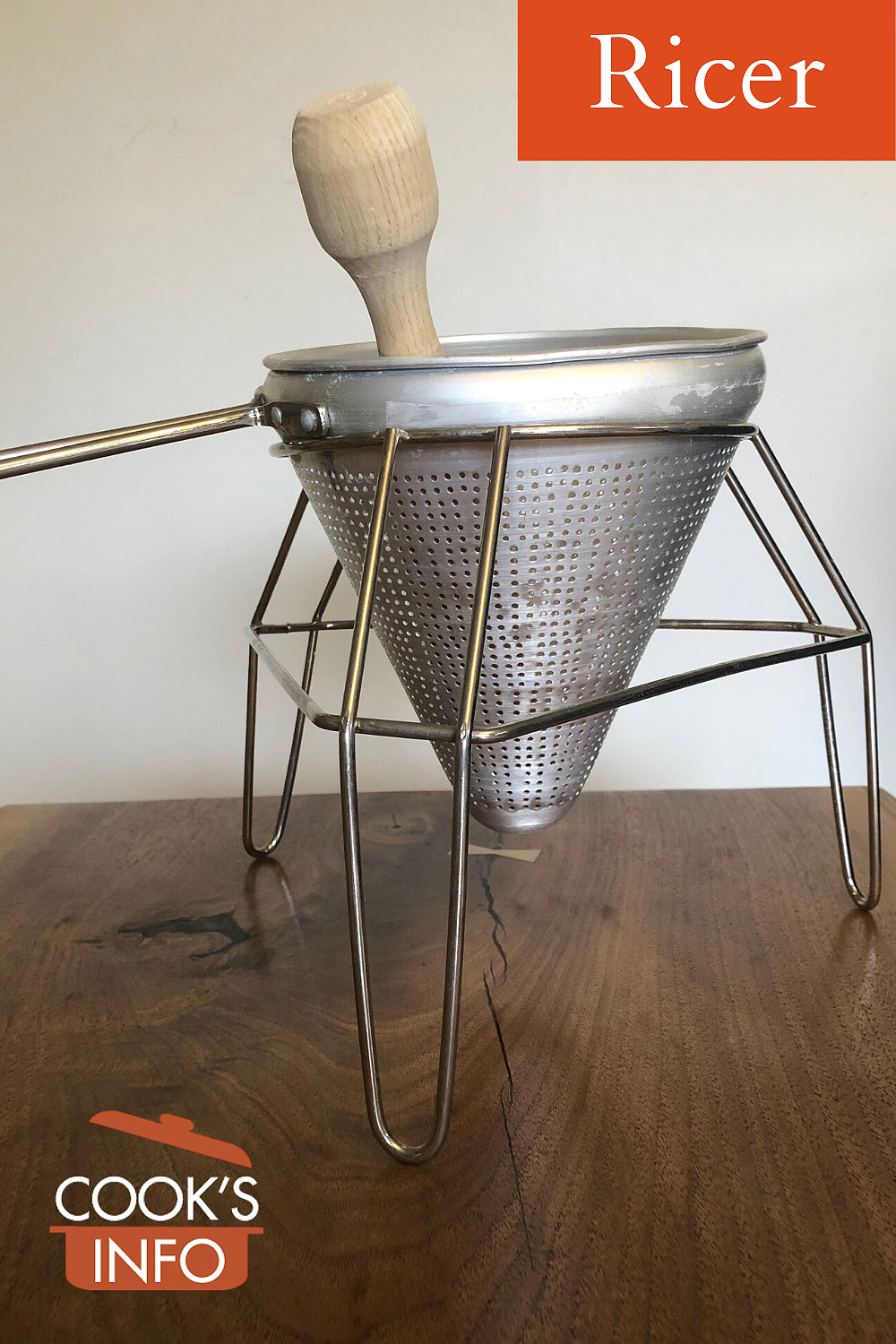 A ricer is a device with small holes in it through which you press soft foods. The food extrudes out through the bottom of the holes in strands about as thick as a grain of rice, thus the name. The process leaves skin and seeds behind.

Some are completely manual, like a sieve in an inverted cone shape, and you work a pestle (usually made from wood) round and round in them to force the food item through. These are called cone, conical or rotary ricers.

Some are somewhat mechanized, with a handle that you turn or squeeze. Ones with handles that you squeeze together are specifically known as potato ricers.

You can purée apples through one, or use it instead of a potato masher to make mashed potato. It doesn’t cause the starch in foods like potato to become glutinous. You can also use it to press spinach dry.

A ricer is similar in appearance to a chinois strainer.

For potatoes, rub cooked potatoes against a colander. 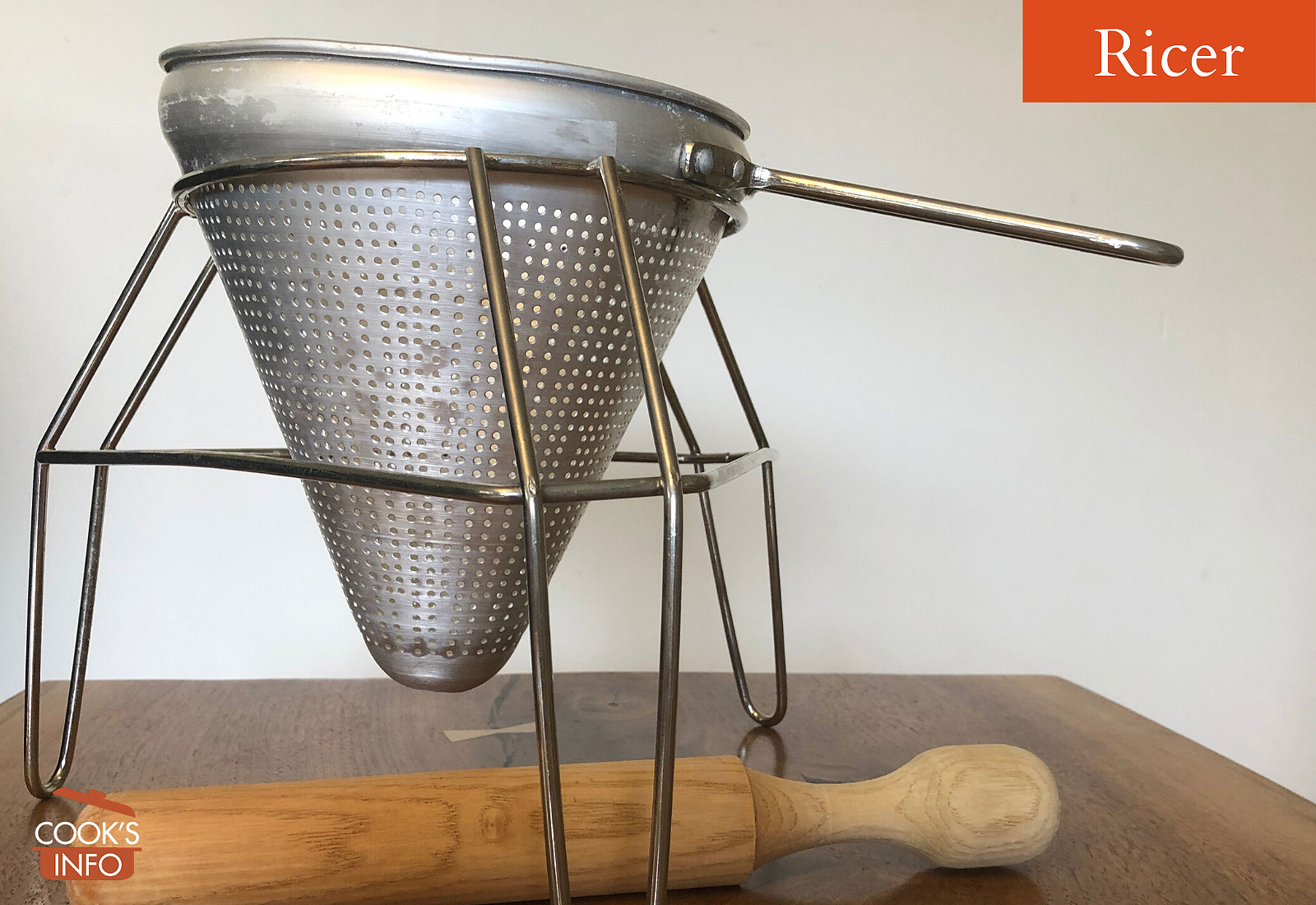 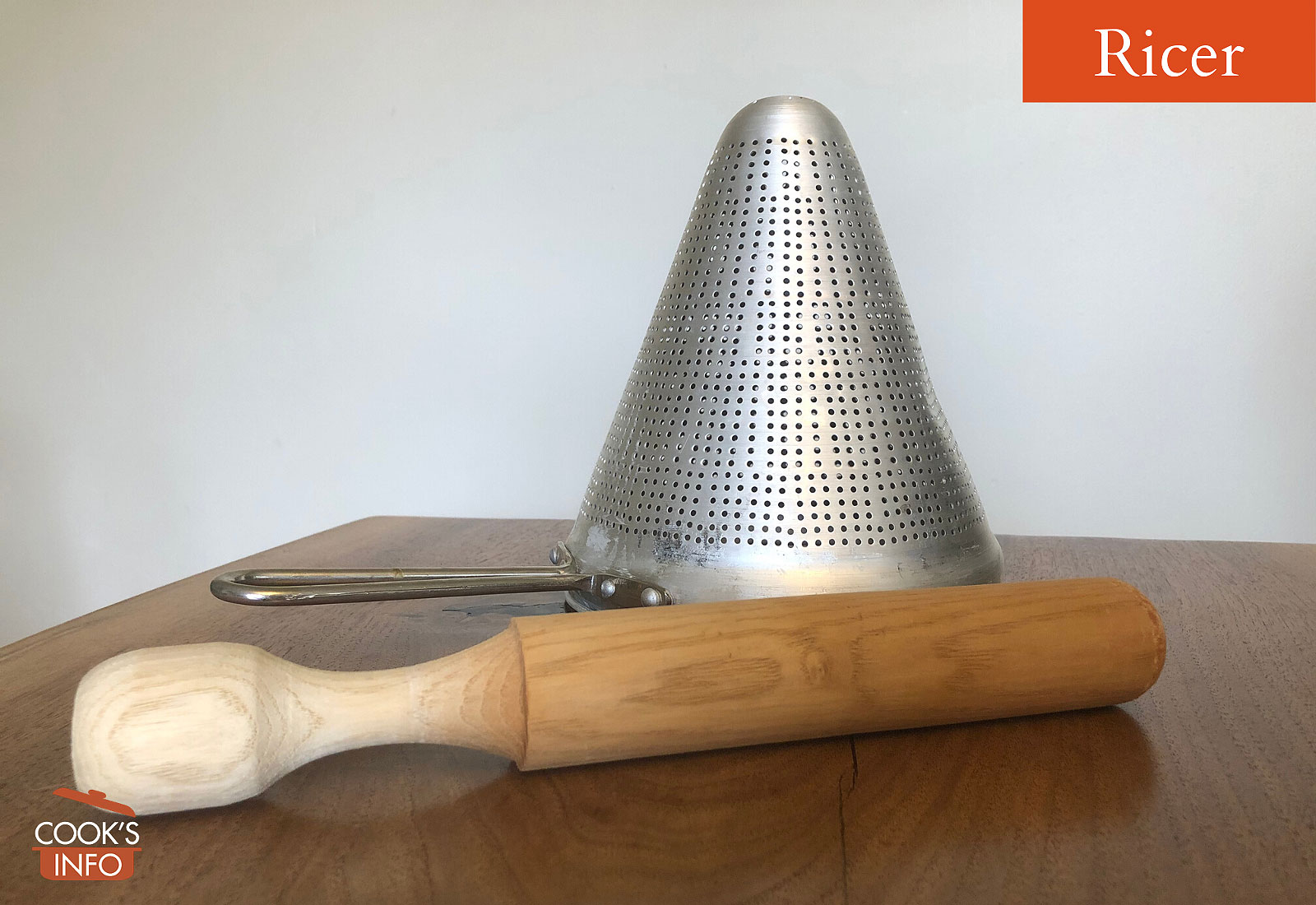 Cone ricer out of stand with pestle. © Hillary Whitside-Moir / 2020 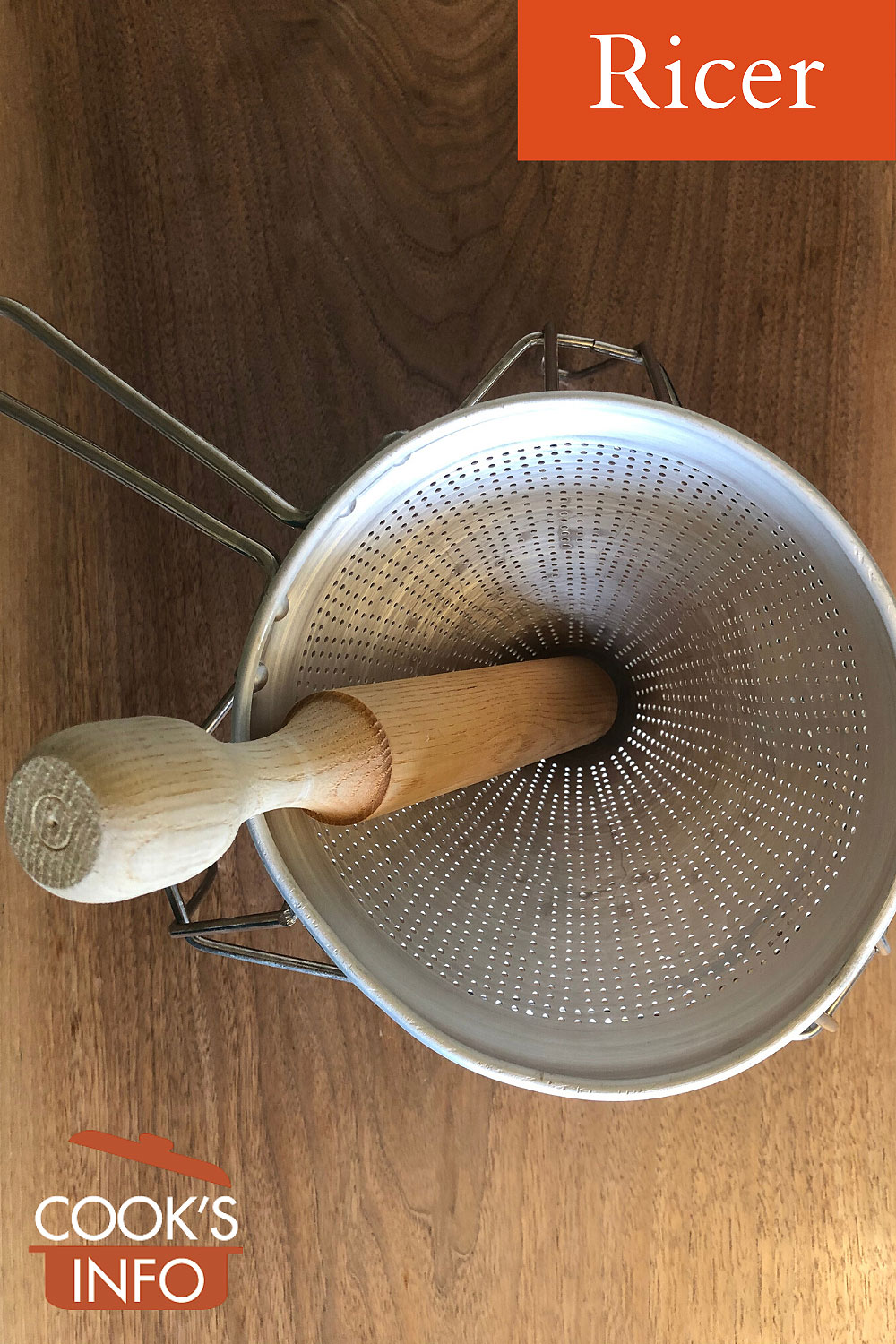 This web site generates income from affiliated links and ads at no cost to you to fund continued research · Information on this site is Copyright © 2022· Feel free to cite correctly, but copying whole pages for your website is content theft and will be DCMA'd.
Tagged With: Mills